Evil West: How To Beat The Leecher

Learn the mechanics and easily defeat The Leecher in Evil West! 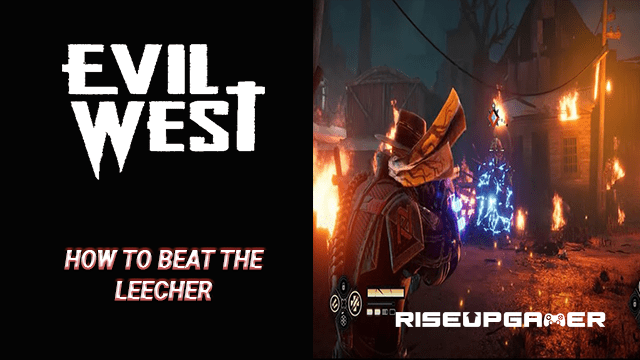 In Evil West all you need to do is fight against the undead and save humanity. Playing as a secret vampire-hunting agent, there will be a lot of vampires, demons, and some deadly bosses to battle and become a superhero. Leecher is one of the early bosses you will encounter in the game who is extremely strong, but knowing some of the tricks and mechanics it could be an easy win for you.

In this guide, we will show you How To Beat The Leecher in Evil West!

How To Beat The Leecher – Evil West

Leecher is a very strong and deadly enemy who is the larger version of the standard Infected Vessel. He has a massive shiel full of spikes that are used for offense and defense.

The best way to fight against him is by distance while shooting on his back. Also, when you have a chance, use your powerful melee attack and strike him back. You can also fight him in a coop mode which is a big advantage while one of the players can draw his attention and the other will attack him.

However, if you want to hit him hard and deal big damage, first you should break his shield which is most effective with melee attacks.

As you hit it, the shield will begin to glow blue which means it takes damage. Hit him several times on the shield, then it will become softer and it’s the right time to blast it with your shotgun.

Once the shield is destroyed, it will be much easier for you to attack and strike damage on him.

Take note that after a while, he will rebuild his shield and it will be back on him, which means you will have to destroy it all over again.

Before you destroy his shield, you might notice that Leecher has three main attacks.

The first attack is a powerful projectile that moves along the ground toward you. You can easily notice this attack once Leecher holds up his shield, and trying to hit it on the ground which will cause the flaming projectile.

You can avoid this attack by moving on the sides of the position where you are standing, or just use your rolling movement and you can dodge it a bit faster.

The second and third attacks of Leecher work together. First, he will charge the shield and then start he will start running toward you performing a close-range melee bash.

This is his most powerful hit and you would not want to be hit by that. Anyway, it is pretty easy to avoid because he is charging towards the position where you stand for long, and once he starts running, you just have to move on the side quickly before he reach you and hit you with the shield.

When he doesn’t have his shield, he will perform close-range swipes with his limbs and also does a jumping smash that has a big AoE.

When he has the shield, make sure to attack him with your shotgun and break the shield with your melee weapon, and when the shield is destroyed use the full power of melee attack to deal a huge damage.

You can also use your shotgun, but it won’t deal as damage as the melee attack and will take you a bit longer to defeat him.

Leecher is really powerful with all of his attacks, and also a fast-moving enemy, but he can be easily beaten if you are patient and use your attacks in the right time.

As long as you can break his shield down, and know how to avoid his attacks, you won’t have a hard time battling with him. 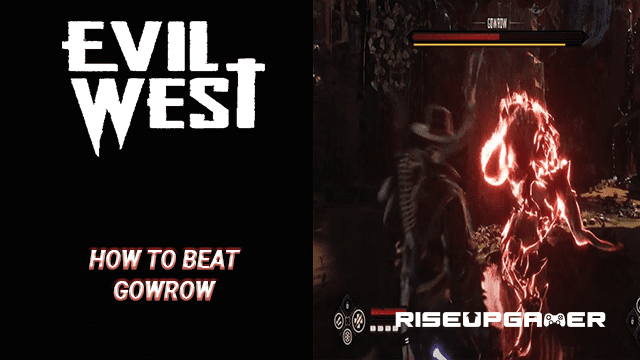 Evil West: How To Beat Gowrow
Read next >