Evil Dead the Game: How to Complete Mission 5 Guide

Time to complete Mission 5 in Evil Dead the Game! 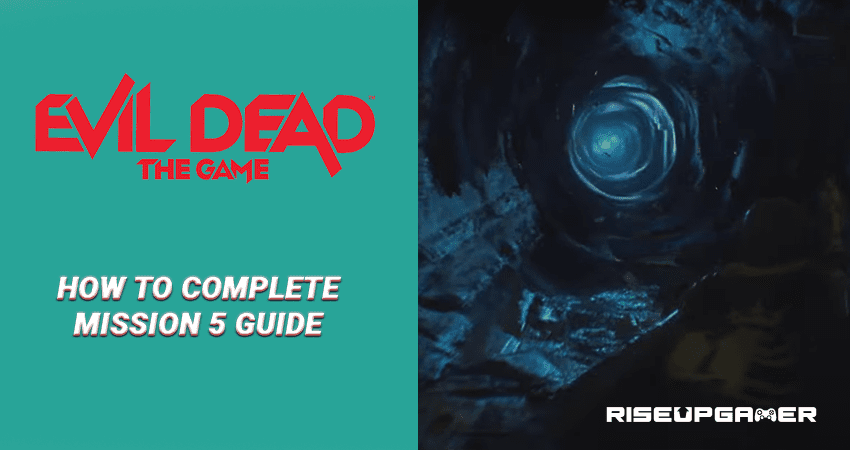 Evil Dead: The Game is a third-person shooter game with many objectives. The missions in this game will require you to position yourself perfectly and be as efficient as possible with killing monsters and surviving each wave. The third mission of this game will give you marks where you must go and clear out areas.

This guide will show you how to complete Mission 5 in Evil Dead: The Game.

Evil Dead the Game: How to Complete Mission 5 Guide

This mission is a bit frustrating as there are no marks or checkpoints which will help you guide your path. Once you accept your mission, move over to Lucky Valley Lodge and enter the small shack that’s located on the west side.

Once you get inside the first shack, loot the matches and Shemp’s Cola to continue progressing through the mission.

Once you loot that, go outside and turn left, on some barrels you will find special weapon ammo, a crossbow and an amulet which will help you survive the game longer.

The melee weapon that you will use for the whole run will be located in the next house, just north of the previous one. Inside that house, you will also find matchsticks and the shovel that you need.

The shovel can be found downstairs in a small room. Also, make sure to pick up all the crossbow special weapon ammo for future fights.

With the shovel obtained, enter the first army vehicle you see and drive to the Fishing Village.

In the middle of the village, you will find the Kandarian Dagger which you need to collect.

Try to put the car as close as you can to the dagger, once you collect the dagger, enemies will instantly attack you, prepare to make a run for it.

The Knowby Cabin will be your next area, and in that area, you will find the Necronomicon.

NOTE: DO NOT touch the axe in the room where the Necronomicon is. If you do so, the monster will reanimate and it is very tough to kill.

Once you pick up the Necronomicon, the area will close down, where you must defeat a wave of monsters. From the monsters defeated, you can also loot up some refreshable items.

At this point on you must be fast as the storm is slowly closing in on you. Drive to the center of the red marked area on the map where you will drop into a tunnel and see a shiny blue portal.

After you are done with looting, rush to your vehicle and get to the next 5 marks that you need to destroy. The marks are located at Payne Mannor.

Shoot these monsters in the head to be as efficient as possible with your kills.

The last and final mark will be inside the house. Get inside and run up to the first floor to obtain Arthur’s Fabled Sword.

With the sword collected, drive over to the rift in space and time to continue the mission.

You will now need to get inside the portal and enter the small caged arena where there will be a fight in which you may die. So be careful.

The first mob will drop an amulet and a soda. Grab them as fast as you can to replenish your health and prepare for a second fight instantly.

With the final mob defeated, you will complete the mission and get your rewards! 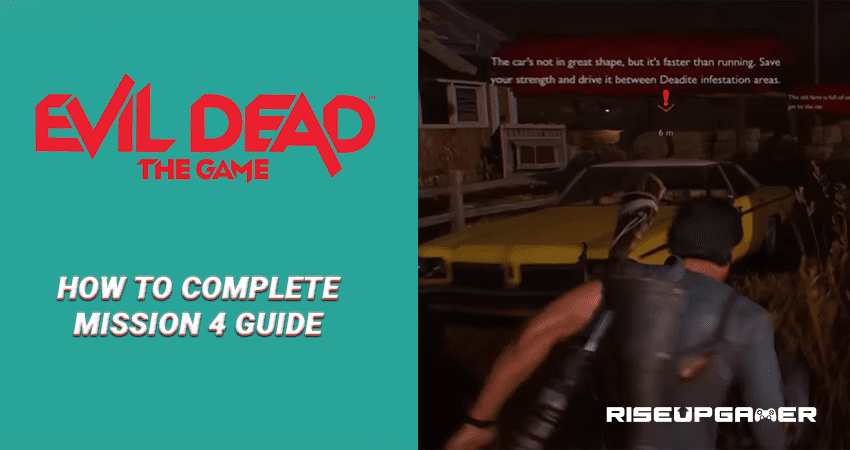 Evil Dead the Game: How to Complete Mission 4 Guide
Read next >
Evil Dead: The Game