By Borut Udovic
Check out this tier list to find the best ammo in Escape from Tarkov! 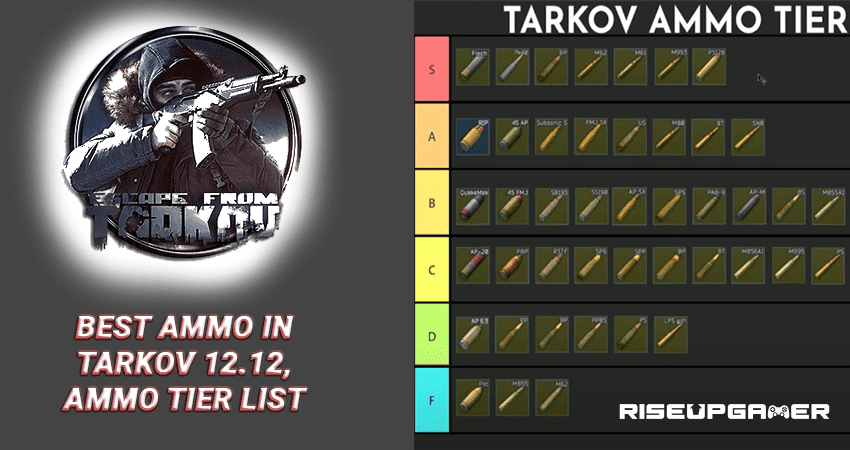 Escape from Tarkov is a first-person multiplayer shooter game where you need to survive and escape from a war in the fictional region of Norvinsk. There are tons of weapons with different ammo available for players to choose from and many often wonder which is the best ammo available in the game.

In this guide, we will tell you the best ammo ranked according to their ranks in the game.

There are many different types of ammo available in the game and we have ranked them into different tiers such as S, A, B, C, D & F.with the S tier ammo having complete superiority in the game while you should those in the D and F tier. You will find all the ammo and the reason for this classification listed below:

12/70 Gauge Flechette: It is easily an S tier ammo since it can penetrate the armour of your enemy in just 2 hits. It is also very cheap making it a good choice if you are a beginner in the game. You can use a double-barrel shotgun to kill someone with just one shot using this ammo.

12/70 AP-20 Slug: This is  C tier ammo since it even struggles to shoot class-4 armour and it is more expensive in comparison to other shotgun ammo. It is not recommended and a .50 BMG bullet is a viable alternative to this while being relatively cheaper

9x19mm RIP: This one is A tier ammo since you easily put it in vector to kill your enemies in a few shots. The cheap cost also makes it a good choice overall for SMG players.

9x19mm Quakemaker: It is a B tier ammo since it is relatively worse than the RIP.

9x19mm Pst gzh: This is one of the worst ammo that you can use in the game and despite its cheaper cost, it is still not recommended. It cannot penetrate through armour and you are better with using any other gun instead of this ammo

9x19mm AP 6.3: This is a D tier ammo due to its scarce availability and poor performance. You cannot craft it and the performance is worse than other 9mms ammo in the game.

9x19mm PBP gzh: This is an average  C tier ammo and it is comparable to the AP-20 since it performs decently but it is not recommended due to scarce availability and also because you have to craft it.

.45 ACP Match FMJ: It is good B tier ammo and also one of the best ammo currently available for UMP. It is available early in the game and can penetrate armour class 3 and then you start shooting headshots against players. It is can be easily recommended due to its high fire rate which makes it easy to shred through enemies

.45 ACP AP: It is excellent A tier ammo and it is the best ammo available in the .45 ACP range. It can easily penetrate through enemies and deliver a good amount of damage. Thanks to its easy availability with traders and the ability to craft in the game, it is a good choice overall and better than other ammo in this category

5.7x28mm SB193:It is a good B tier ammo since it can deliver decent damage to your enemies. However, its limited availability drags down its rating.

4.6X30mm Subsonic SX: It is really good A tier ammo that is fun to shoot and available easily in the game. The cheaper cost and has lower recoil makes it a good choice for players overall

4.6x30mm FMJ SX: It is also an A tier on par with the subsonic since it offers a similar amount of penetration and damage

4.6x30mm AP SX: This is a B tier ammo despite its high penetration because the new ballistic only deals 35 damage. Because of these newer ballistic, you won’t be able to shoot your enemies with just one shot.

9x39mm SP-5 gs: This is B tier ammo because it shares the same statistics as the PBP and is easily available making it a decent choice. You can easily spray it on your enemy due to the low recoil

9x39mm SP-6: It belongs to the C tier putting it below the SP-5 because of the higher recoil and heating issues with this ammo.

9x39mm PAB-9 gs: It sits in the B tier because its the better version of the SP-6 due to its lower recoil and no heating issues

9x39mm BP and SPP: They are both C tier ammo due to their high amount of recoil and overheating which makes it hard to use guns like the Val/VSS in the game.

5.45x39mm BT and BP: They are a decent C tier ammo due to their high availability and decent penetration through a class 4 armour in the game. The BP is similar to BT in performance and is inter-swappable with each other due to their statistics.

5.45x39mm 7N40:This is an excellent S tier ammo due to its high damage but its availability is highly limited and scarce in the game. The high penetration and low recoil make it a clear winner but you are getting your hands on it is tough because of its rarity.

5.45x39mm PPBS gs “Igolnik”: It is a bad D tier ammo despite its high penetration rate because of its low damage rate making it no go for players. You cannot shoot enemies with a single bullet by one-tapping them and you might need to shoot many times to deal some damage to your enemies, making it a bad choice overall.

5.45x39mm BS gs: This is a good B tier ammo since it is relatively better than BP and BT since it is more reliable overall

5.56x45mm M855: It is one of the worst ammo in the game belonging to the F tier since it is only effective against low armoured players early in the game due to its low penetration value

5.56x45mm M856A1: This is a C tier ammo that is on par with BT due to high flush damage that allows you to hit the limbs of the enemies. It is a decent choice overall belonging to the C tier

5.56x45mm M855A1: It is a good tier B ammo since it deals decent damage and can easily penetrate through level 5 or even level 6 armour if you shoot enough rounds. However, it has some problems as it will easily bounce off the helmet of your enemies.

5.56x45mm M995:It is a decent C tier ammo that sits below the M855A1 and suffers from the same problem that it cannot penetrate through helmets. You cannot shoot your enemies with one bullet and you need to spray multiple bullets which puts it into the C tier.

7.62x39mm US gzh: It is a good A tier ammo because of its low recoil which allows you to spray bullets on your enemies easily. The high availability and low cost make it easy to recommend in the game

7.62x39mm PS gzh: It is a D tier ammo since it is only useful in the early parts of the game when you are around level 10 or level 15. The US gzh is a better choice since it’s cheap and easily available.

7.62x39mm BP gzh: This is an amazing S tier ammo especially in the late game since you can easily penetrate class 5 and class 6 armours in with few hits. Its easy availability and the ability to deal a high amount of damage make it an obvious choice for players in the game.

.300 Blackout M62 Tracer: It is really bad F tier ammo because of its poor reliability and low penetration rate that makes it hard to even go through class 4 armour.

.300 AAC Blackout AP: It is a good B tier that can shoot reliably but its high cost puts it in the B tier

7.62x51mm M80:It is a really good A tier ammo that is capable of penetrating through class 4 armour and its high damage rate makes it a good all-rounder. The high availability and reliability make it easy to recommend in the game

7.62x54mm R BT and SNB: Both of these ammos belong to the A tier due to good reliability and damage.

7.62x54mm LPS gzh: It is D tier ammo that is available early in the game and can penetrate through level 4 armours but since it is a tracer variant, it can give your location away, putting it in the D tier.

7.62x54mm PS: It is a decent C tier ammo that is effective mid-game since it is better than LPS and you might be able to one-shot your enemies at times. However, it works best only against enemies with armour.

12.7x55mm PS12B: This is easily one of the best ammo in the game since it can reliably penetrate with a single bullet through class 4 armour and sometimes even through class 5 armour.It can deal a lot of damage and can kill any enemy in the game.

That’s it, these are all the ammo classified available in ranked and classified into different tiers. You will find the complete tier list in the image at the beginning of this article. 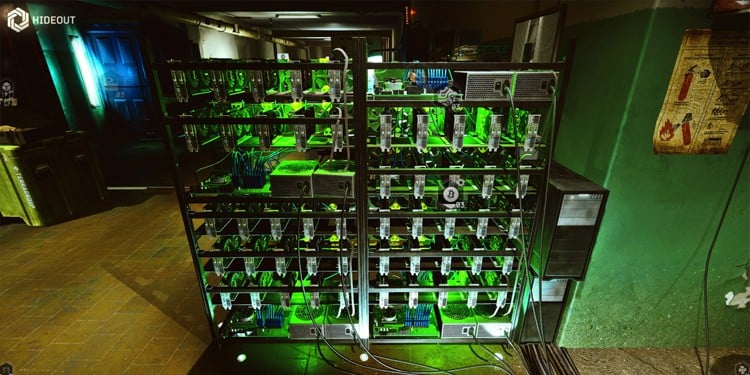