By Borut Udovic
Time to escape the burning library with Jeb in Escape Academy! 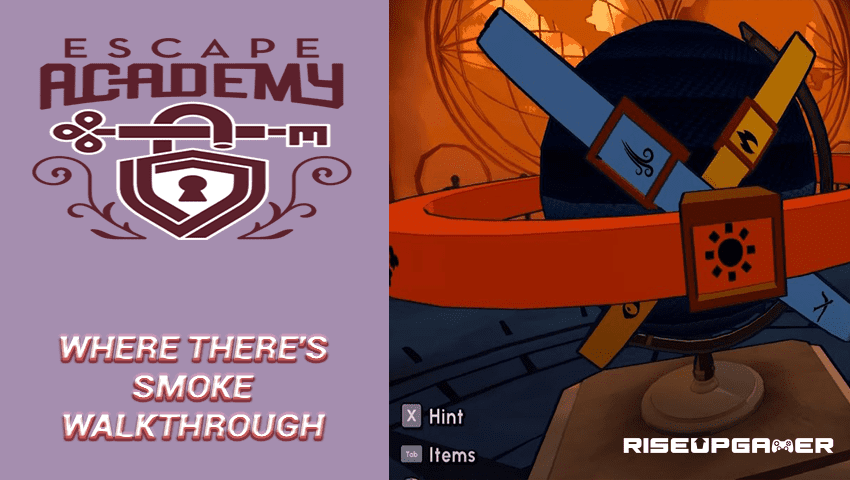 Escape Academy as the name suggest is a game where you need to train and become the ultimate escapist by solving puzzles, and hacking servers either alone or with your friends.

This level gets unlocked after you complete the Rival Room and in this level, you need to escape the library with Jeb after a fire breaks out.

While you might sprint towards the door to try and complete the level quickly, nothing is as easy as it seems in this game and you need to solve some puzzles first.

First head through the door on your left and then inspect this locked box inside the showcase.

Use the following arrow combination to unlock the box:

Collect the Crank Handle and the Hourglass from the box as you will need them later.

Head to the next room and you will notice a large chest located in the corner. Use the code 2257 to unlock this chest.

Collect the strange tile inside as you will need to fit it in the locked gate. There are three more such tiles that you need to find.

Head back to the main room and inspect the clock room door in the middle. Place the Crank Handle in the middle and then rotate until the big clock is placed correctly with its hands pointing towards the top.

Now spin the right and left crank handles until they are in the correct position as shown above.

This will reveal a button in the middle that you can press to unlock the door.

In the next room, move the ladder through the mazes until you reach the end. First, move the golden ladder then the brown one and finally the silver one.

After you have moved all the ladders, climb the brown ladder and then pull the switch.

Next, climb the golden ladder and then collect the strange tile on the shelf.

Now head over to the locked chest at the end of the room and enter the code 6869 to collect another plate.

Return back to the main room and inspect the door that Jeb calls the inverted chamber.

Place the Hourglass on the door and rotate them as shown above to unlock the door.

Enter inside the globe room and here you need to translate the letters by looking at the continents on the planet. The red letter spells sun, the blue letters spell air and the yellow letter spell fire.

Interact with the globe in the centre and turn these three rings as shown to reveal the strange tile.

Collect the final tile from the globe and head back to the main room.

Now go to the wall located on the left of the hourglass puzzle and flip all the words that are in the word “THROUGH”.

This will reveal a hidden door where you need to place the four strange tiles that you have collected during the level.

The correct order of placing these tiles is:

That’s it, the door will be unlocked and the level will be completed! 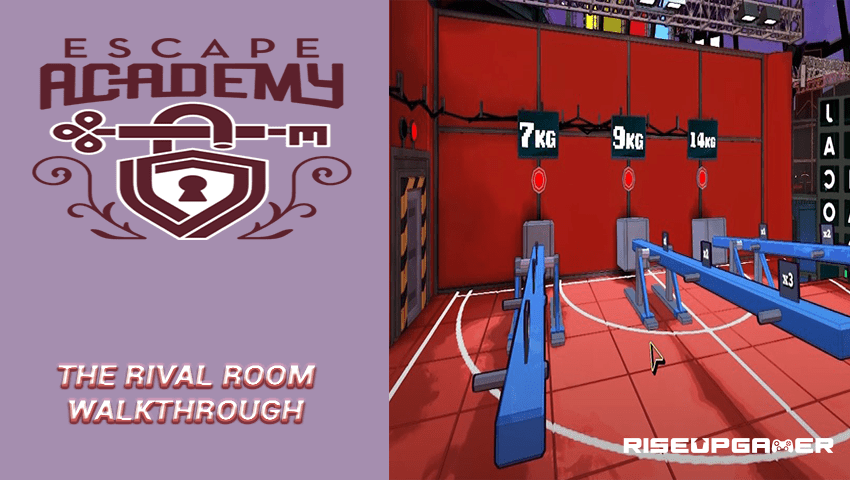