Borut Udovic
Building Strength will give us great power! 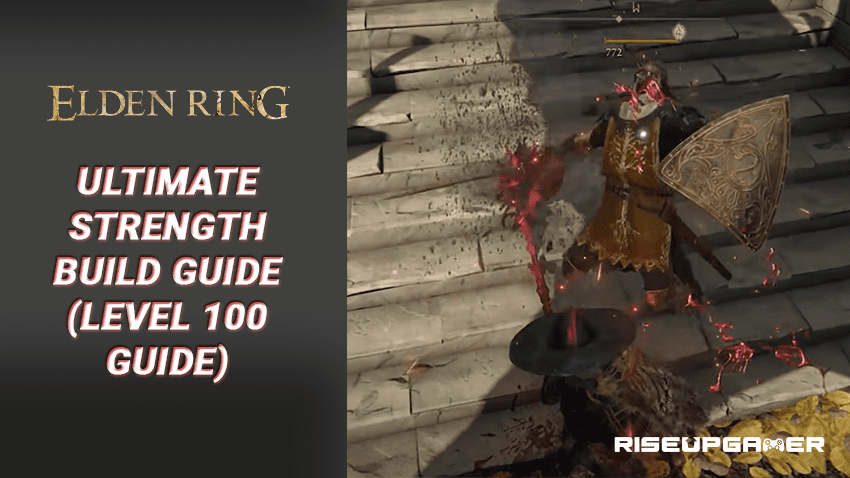 This guide will show you how to make a Strength build on a level 100 character in Elden Ring.

Earlier in the game this build main use was using War Cry in order to change your attack to a charged attack and kill enemies with 1 hit.

In this new build, the Ash of War: War Cry will be replaced with Ash of War: Barbaric Roar. This ash of war will transform your heavy attack into a series of attacks that deal more and more damage on each hit.

This 3 hit combo is immune to interrupts, meaning that your 3 hits will not be interrupted and will gain more damage as you continue hitting enemies.

It will also allow you to activate bleeding once every combo is done, which will give you 20% attack power when using a certain item.

The weapon you want to choose is optional. The only thing that you need to keep an eye on is that if the weapon you have chosen allows the Ash of War: War Cry to be activated on.

The build is mostly attacking with very little defending. Reason being is that the armor you will equip is going to protect you from really hard hits and allow you to storm into crowds of enemies.

The armor that you want to use for this build is:

The armor is important that you must hit that first 3-hit combo in order to activate bleeding and deal a ton of damage.

You can use the Clawmark Seal for some spell buffs. You can also use a dagger in your off-hand, just for resistance and attack damage.

Make sure to buff your weapon with the bleeding effect so you increase the bleeding on your enemies and use the extra 20% damage.

You can use the heavy effect on enemies that don’t bleed. This will knock enemies and stagger them, helping you deal a ton of damage once they are staggered.

Here are the following talismans to use for this build:

The Green Turtle Talisman is pretty good because it will regenerate your stamina much quicker. And you spend a lot of stamina when you try to pop off those 3 hit combos.

The Roar Medallion talisman is there to buff your Ash of War: War Cry and allow you to deal even more damage.

The Axe talisman will boost your damage when performing a heavy attack. This will buff all your 3 hits for your combo when you use the Ash of War: War Cry.

Lord of Blood’s Exultation talisman is there for when someone suffers from blood loss you will gain 20% attack power for 20 seconds.

This effect will happen all the time in boss fights. Swap the talisman for something else if the bosses or mobs don’t bleed.

This build can be played really easy. When you run around the lands and encounter enemies, your opening damaging tactic should be just running towards them and performing a jump attack.

The most difficult situation that you can be with this character is when you are attacking someone and you are being attacked from behind. In this scenario you want to reposition yourself and get better grounds.

Before entering a boss fight, or fighting a stronger mob, you will want to use all your consumables and the ash of war to get boosted on all stats.

After that just dive in the fight and make sure to get that 3 hit combo.

Here are the following attributes for the Colossus Guardian strength build:

40 Vigor is needed because you will be trading a lot of attacks with your enemies and you need to have a lot of HP.

17 Mind is added because you will use buffs and abilities periodically, so you will need FP.

32 Endurance is there to determine how heavy your armor can be.

45 Strength is there for damage, the main attribute for dealing and buffing your physical damage.

12 Dexterity is just there and is given because of the class. The minimal you can have is at least 10

9 Intelligence is the same situation as Dexterity

9 Arcane the damage of the weapon if you have it on the bleeding effect. 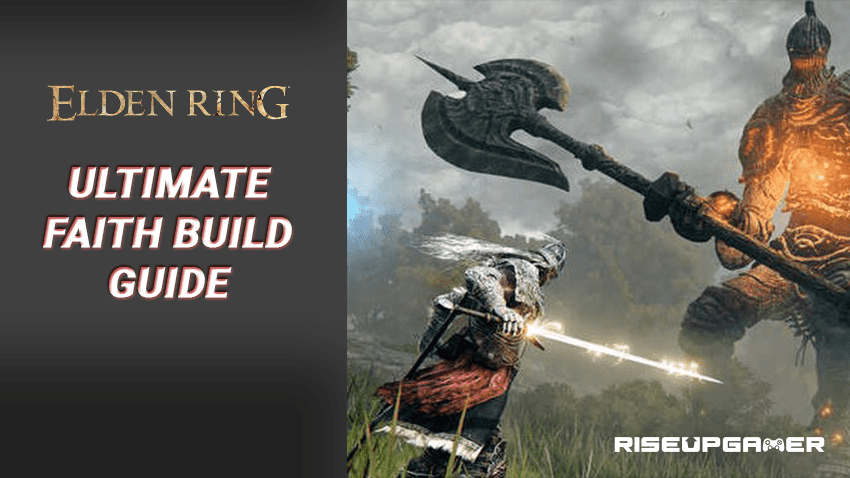