Check out this Ultimate Mage Build in Elden Ring! 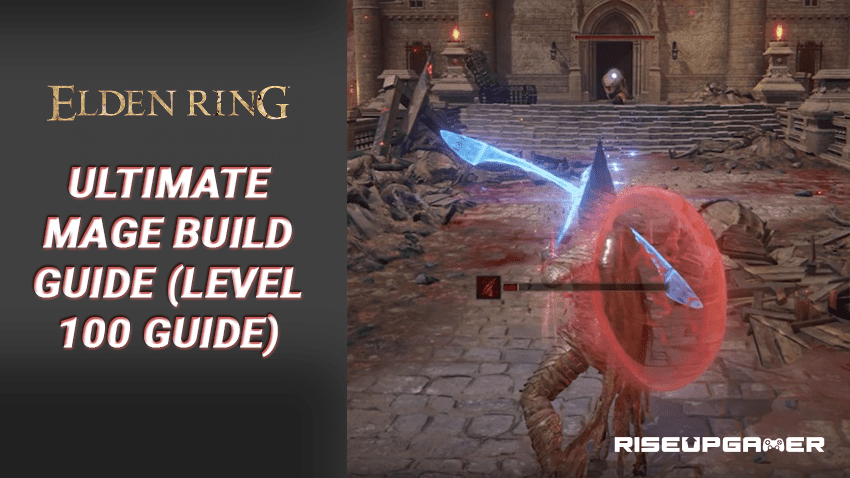 Defeating enemies in Elden Ring can become very challenging as you progress through the game. It is essential to have a good build in the game so you can defeat your enemies easily.In this guide, we will tell you how to create the best Mage build in the game

This Battlemage Build is mostly centred around using sorceries as the primary method of dealing damage to your enemies. You will attack with the Carian Glintstone Staff and Carian Slicer while protecting yourself from enemies with the Jellyfish Shield. All the items used in this build are listed below:

The Staff used in this build is the Carian Glintstone Staff because it boosts the Carrion’s Sword Sorcery damage which is significant enough to outperform the Azure Glintstone Staff. This is also cheaper than the Glintstone Pebble so you use it twice without spending much FP.

It also uses the Jellyfish Shield to block enemies effectively and its skill will boost the damage dealt by 20% for a duration of 30 seconds. This Contagious Fury skill will help you defeat your enemies easily since it also works on spell damage and you will also be able to kill your enemies with one shot sometimes if you use the Glintstone Pebble.

As you upgrade the shield further, the Guard Boost on it will further upto a maximum of 55 and it can be upgraded using sombre stones.

The helmet used is the Haima Glinstone Crown because it gives 2 points to strength and 2 points to intelligence and you will need 20 strength in order to use the shield in this build. You can wear any armour with this build but you cannot wear heavy armour as you will be carrying two weapons in both hands so it is recommended to select light to medium armour most of the time.

Radon Icon will reduce the time needed to cast your spells so you will be cast them quickly during combat. The Stargazer Heirloom on the other hand will increase your intelligence by 5 so you can increase your damage and melt things as quickly as possible.

Some other possible Talismans for this build include the Ritual Sword Talisman as it can increase your total damage by 10% including spells but the drawback is you need to maintain full health.

Another option is the Magic Scorpion Charm which will increase your magic damage by 10 to 12% while reducing your resistance by 10%. It is not recommended much since you are already low on health with this build because of the lack of heavy armour and not putting enough points into endurance.

The Carian Greatsword can be used if you wish to deal damage over a larger area while the Loretta’s Greatbow will help you deal damage over a distance thanks to its long-range. This build is flexible which is good for a Mage focused build.

That’s it, these are all the items that you will require for the Ultimate Mage build.Now go ahead and defeat your enemies with this build!

Elden Ring: How to level up, Attributes & Scaling (Fast)
Read next >
Elden Ring