The Blasphemous Build is amazing at level 100 in Elden Ring! 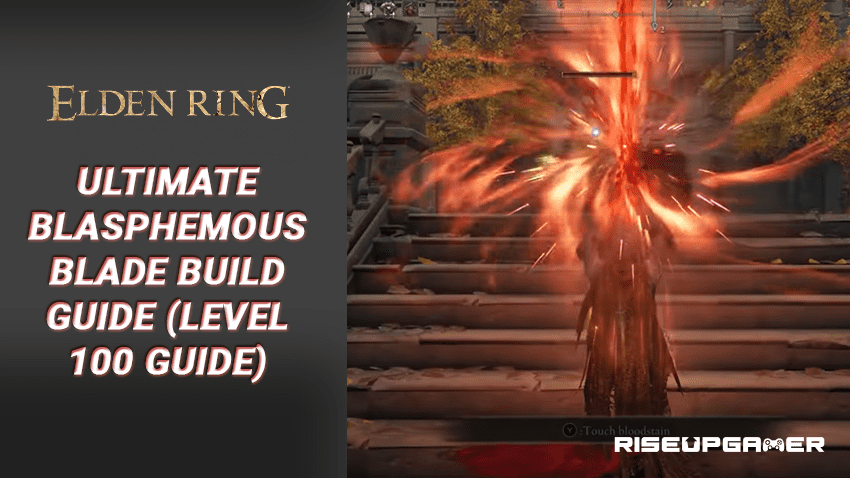 This monstrosity of a class is amazing in Elden Ring. A combination of strength and faith will bring fear into the eyes of enemies. Picking up boulders and gigantic objects from the ground and throwing them toward foes, will keep them stunned for quite some time and squashed into the ground.

This guide will show you the best Blasphemous Build in Elden Ring!

Checking out all the Bestial Incantations will give you an idea of how you can combine these skills and build a strong class that will throw enemies away.

It does not matter what seals you use for the bestial incantations. But if you do a split on your attributes with strength and faith, the Clawmark Seal is the go-to seal for the build.

If you just slap all the attributes in strength and use the Clawmark Seal, you will damage will be even stronger than any other build.

To use the Clawmark Seal, you want to first do a split between strength and faith.

The reason behind this is that if you go full strength, the damage will slowly drop down as you continue attacking monsters.

The Faith is here to boost your magic power.

The split with these two attributes will be better in the long run of the fight.

By splitting these two attributes, you will want to find a weapon that scales its damage by strength and faith as well. The best weapon for this choice is the Blasphemous Blade.

Damage dealing is great with this weapon, and not only that, the scaling is even better with the stats that are applied to your character.

The best way to combine the weapon with the skills is to first start off by using the beastly skills by throwing stones and dealing damage, and once you get a close range with enemies.

Take out your sword and finish off the fight.

The weapon itself deals 100% fire damage, and it deals both physical and fire damage. So it’s good to have a backup attack if some monsters are immune to fire.

In your off-hand slot, you want to use the Cinquedea dagger. This weapon boosts your Beastly Incantations by 10%.

The build will go off by having the Blasphemous Blade and the Sacred Seal in your right hand and you will have your Cinquedea dagger in your left.

When you go and cast spells, you will swap the sword with the seal and if you want to hit some melee damage, simply swap the seal with the sword and continue with melee attacking.

If you have enough range for using your Beastly spells, you want to two-hand your seal because you gain an extra 1.5 strength scaling.

There is not a specific armor build that you want to go for that is exactly fit for this build, here are the following armor pieces that are good for your build:

These are the 4 talismans that will buff up your character to its maximum potential, they are:

Radagon’s Sorseal is a must for this build. This talisman frees some points to be used in strength and faith because you need to split all your points into different stats which is quite difficult.

Ritual Sword Talisman gives you increased damage with your spell and Blasphemous Blade damage is increased when you are at full health.

It’s not hard to keep full health with this build because the Blasphemous Blade gives you 6.5% of your maximum HP when you kill an enemy.

The Dragoncrest Shield Talisman is equipped to keep you protected against attacks because you will not be as mobile as other classes.

The Green Turtle Talisman is equipped to recover your stamina much quicker because you will be using a lot of movements and skills that require stamina.

There are 5 important incantations that you can use for this build, they are:

Golden Vow is used to increase all damage you deal and reduce the damage that you take. This buff will be used before every fight that you do to use the maximum of your class.

Stone of Gurranq is your go-to incantation because you use your stone of gurranq every time before you begin a melee range fight.

The Beast Claw incantation is mainly great for doing some good AOE damage on the battlefield.

Bestial Sling is a spammable AOE damage-dealing ability that can help to kill enemies quicker.

Just keep your Golden Vow activated as you move around the area, and throw rocks at enemies before starting a fight. Play mostly in ranged fights and try to keep your seal two-handed for extra damage.

Once you get to close range, switch to Blasphemous Blade and finish off monsters in a melee fight.

For boss fights, you want to see what weaknesses bosses have, that will determine the gameplay that you will need to do.

Here are the following attributes for the Blasphemous Blade Build:

Vigor, Endurance, Strength, and Dexterity are all boosted from the Radagon’s Seal. Strength is also boosted by additional 2 points from the Omensmirk Mask.

35 Vigor is the minimum for the melee build that you want to go for.

30 Mind is needed for spamming spells towards your enemies

21 Endurance is just enough to use the armor that is presented on the list above.

Arcane and Intelligence are not even needed for this build, you just get extra points for the class that you chose. 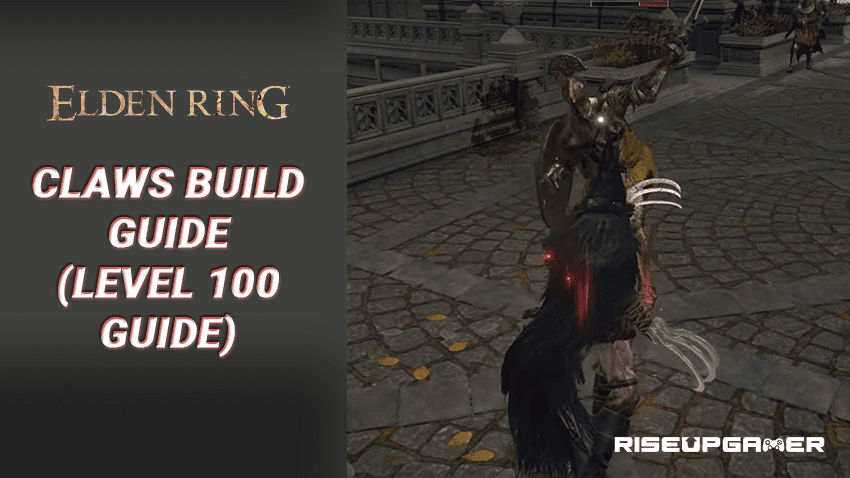