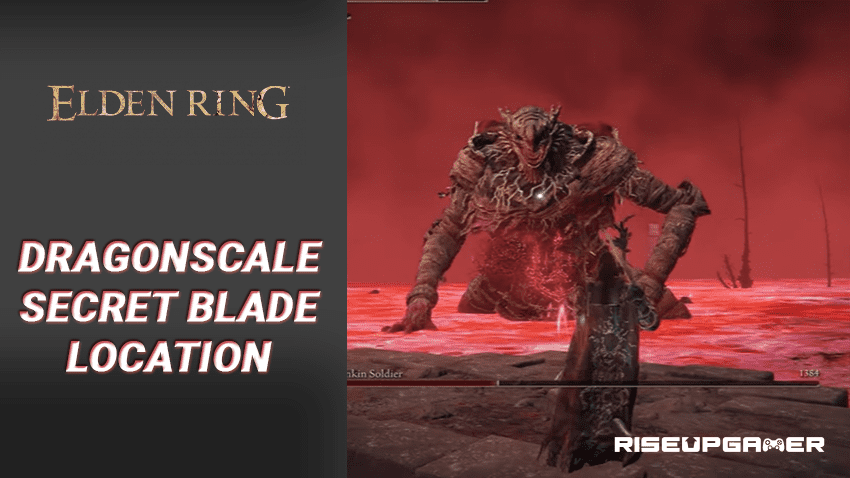 There are a lot of weapons in Elden ring that players have to try out, regardless of whether you’re a melee or ranges player. All these weapons may come with unique and powerful attributes that deal tons of damage. Dragonscale Blade is a unique Katana in Elden Ring that scales with Strength and Dexterity characters. That what makes this katana so unique is its Ash of War, which is called Ice Lightning Sword. It is a perfect weapon for Slash and Pierce’s damage to the enemy.

In this guide, we will show you the Dragonscale Secret Blade Location in Elden Ring!

To find this weapon, you have to reach the Lake of Rot, in the underground of Elden Ring, where it drops from the Dragonkin Soldier. This location can be found at the end of the Ansel River, past Nokstella, by the Eternal City.

The Lake of Rot is full of red water that inflicts Scarlet Rot while you are standing in it. It is recommended to set a strong immunity and use anti-Scarlet Rot items.

The boss, Dragonkin Soldier who looks like a big lizard, will stand there waiting for you while swinging a massive sword.

It could be a real challenge to defeat this boss because he is not one of those fast bosses. Once you defeat him, you will be rewarded the Dragonscale Blade Katana.