New DLC means a new batch of Easter Eggs and references to find! 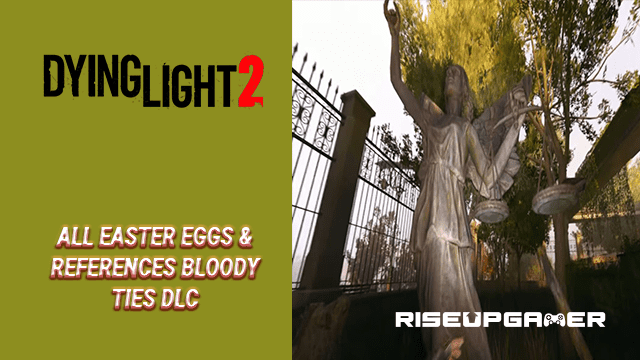 Here are all the Easter eggs and References you can find in the new Bloody Ties DLC in Dying Light 2.

At the very start of the DLC, a guard will ask you for a password. On the choices presented to you by the game are a couple of phrases that are very familiar to the fans of both Bioshock and Valve’s Portal series “Would you kindly” and “Cake is a lie.”

On conversation with the very same guard from the previous Easter Egg is yet another dialog option referencing another game from before. After choosing the option: “Ken sent me,” the guard should reply: “This works only for Larry.”

This is a reference to the main character of Leisure Suit Larry: Wet Dreams Dry Twice where he spoke the same phrase to get through a guarded door.

The next Easter Egg should be familiar to every Dying Light fan out there.

You would encounter this particular Easter Egg after your first encounter with the arena. Once you can now freely run around the area, go outside to the cage filled with several zombies.

You should see there is a statue in the middle with a peculiar poster stuck on its back.

Climb the statue and you should see that the poster depicts the Bozak Horde – the arena DLC that came out for the first Dying Light game.

This Easter Egg doesn’t end there. After getting the poster, go back inside.

However, instead of going up back to where you came from, go to the back of this section as shown in the image above.

There, you should see another Bozak Horde poster. Getting this second poster here will transport you to another location entirely.

This puts you through the very same level you would have encountered playing the Bozak Horde DLC from the previous game.

Finishing the Easter Egg mission will remove the Bozak Horde posters you collected in exchange for a Bozak mask that you may now wear anytime you want.

In the Memory of Trever Strnad Easter Egg

The next Easter Egg is a sad one. It is a tribute of some kind to the recent passing of Trevor Strnad, who was the lead vocalist for the death metal band, Black Dahlia Murder.

Go to this section of the map as shown above.

There, you should see an angel statue. On the scales the statue is holding, is a note that you can collect. It is called the Nightworld.

Above is the note when opened in your collectibles menu in-game.

Upon entering the challenge, familiar players should then see several references to Harran and the several characters featured on the aforementioned mission from the previous game.

Get on top of the buildings and go to the section where you would see three wooden props with a bunny-looking print on them in a line. Break them down to reveal a peculiar white box.

It won’t open so easily, however. Much like the first game, you would have to spam the interact button on the box 80 times to open it.

When you finally open it, you would get the Korek Machete v3 blueprint which you can then use to create the fabled weapon.

After finishing the Harran challenge, you should see these people fixing the same props you just destroyed to get the Korek Machete blueprint.

Now if you speak to them, they will mention Kyle Crane.

Those are the Easter Eggs and references we have found in the new DLC! Have you seen others that we may not be aware of? Let us know! 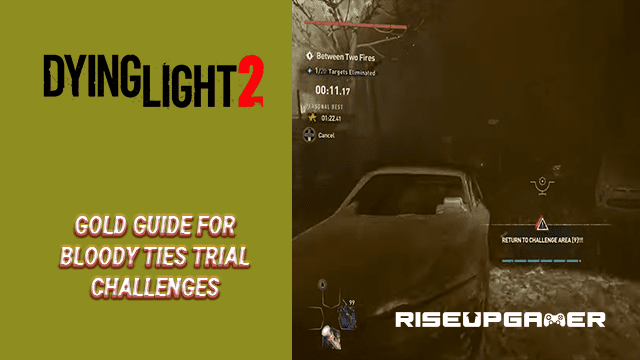