Check out these Tips and Tricks for Dune: Spice Wars! 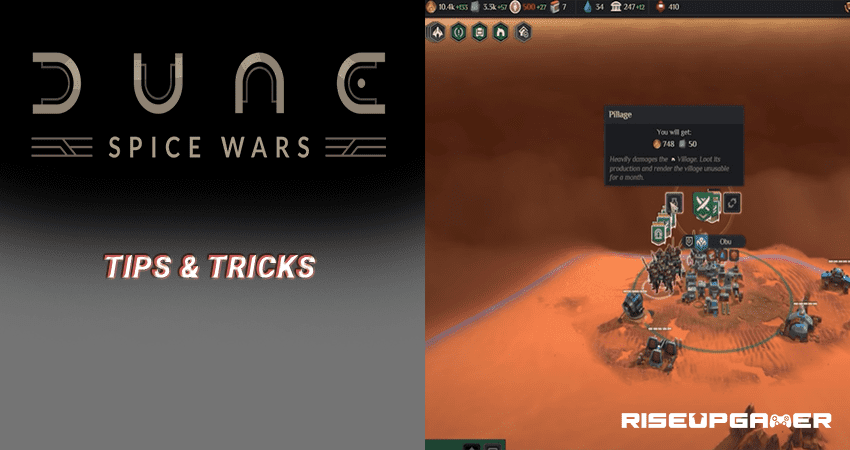 Dune Spice Wars is a strategy-based video game and new strategic games can be hard to understand in what to do and how things work in the game. In this game, you have to do a lot of exploration on the planet Arrakis. To win the war against the spices and take control of Arrakis, it is important to be cunning, militant, or extremely charismatic, which in the game is handled with Hegemony, Rulership, and Domination.

In order to rule Arrakis in the easiest way, you will have to opt for either Rulership or Domination and the latter is the easiest, but cruel way.

In this guide, we will show you some Tips and Tricks for Dune: Spice Wars!

If you press the “I” key, you get a great overlay on the map, you can see extra building slots available on all of your villages as well as wind strength and any unique resources in the territory.

If you press the “X” key, you can see the radius of all or the circumference of all airfields on the map.

It is super useful to zoom out and get a look at where everything is. Also, it is very handy because you will notice that the range overlaps into adjacent territories as well. This allows for some fun gamification where you can fly into an enemy zone.

It also enables you to be a little bit clever with the geography in doing Spice Wars.

Freeman’s thumper is really neat moving on from the airfields. It will attract a worm and much like the airfield, but with a much smaller circumference. You have to cram in the units to fit them.

It is essentially a free airfield, you don’t have to use it to fly to one of your airfields. This ability is so strong on defense and offense for moving units around the map and it replenishes itself too.

If you transition over to some smuggler’s gameplay, make sure that you make the most of their special thing as well because they are underworlds. You can build on all enemy villages and then you can treat this as your main center.

You can build influence-producing things in the statecraft section.

In the military section, you can use it to weaken an enemy’s bases that trigger it with a trap, when you invade, it’s 50% weaker.

On the economic side of things, you’ll be pillaging or scraping off the top, a little bit of spice, a little bit of salary or reward for you. You get an overview of all of the resources that your opponents are earning.

The next thing is kind of like an opponent, it’s the Sietch, the sort of barbarian tribes of this strategy game. They have military units that are fairly strong and crucially you can ally with them. It’s pretty important to do if you have spare resources because the benefits can be very strong and the upkeep is relatively low at around one to two authority usually.

When you form an alliance with them, you’ll do a few things. First, potentially you will get some extra votes on your side. You will potentially sway their units away from attacking you or towards attacking someone else.

And second, you will be able to get their special alliance bonus as well as establish an agent with them for even fun.

How to attack bases

The tips for destroying an enemy base are as follows.

Firstly, take note of your supply and make sure your units don’t go without it in the enemy territory. You need supply in order to heal. Unit supply is incredibly important in doing spice wars in the game.

Next up, you might want to use some of the cheaper operations that are available in Dune: Spice Wars.

You should also check the council, some resolutions here can lower or increase manpower, or combat strength. It’s sort of a mixed bag of trying to pull as many livers as you can.

Finally, you might want to use some advanced operations, not just for taking cities, but in general, Defensive Sabotage reduces its power by 50% to the enemy base.

You have to make sure that you have the appropriate number of agents that line up with the requirements.

It is good to use infiltration cells operation, that can ultimately lead to domination victory without having to destroy a base by assassinating the head of the house.

Next is the Trade and in particular there are a few tips. Early on in the game, you probably won’t be able to make great use of those operations, so we recommend trading away intel. It’s usually requested by all of the AI and seems to be highly valued.

You can get a good bang for your buck whether it’s trading it for some emergency spice to pay your taxes on time or swapping it for the fundamentals like the place, Crete or Solari, or alternatively, you could swap it for influence, increasing your influence generation and standing at the council.

First of all, you’ll notice along the top of the menu in the council, there are charters in the middle, it’s the victory condition, but around it are very powerful council charter positions, Water-seller’s Union, Solari production is increased by 100% of your available water, which will make you money.

These positions tend to require standing with the council or at least earlier in the game they do.

The Governorship will ultimately result in you winning the game if you can stay alive long enough. Pay attention if you see one of these positions coming available, it’s worth going for them.

The Lansaard Guard is a very powerful unit. You can vote for these as a resolution to get three free ones.

The only way to get them is thru the council and they are very strong, which one of the things that make them is their upkeep changes to produce them and uphold them, you will need influence, but you won’t need water or manpower. 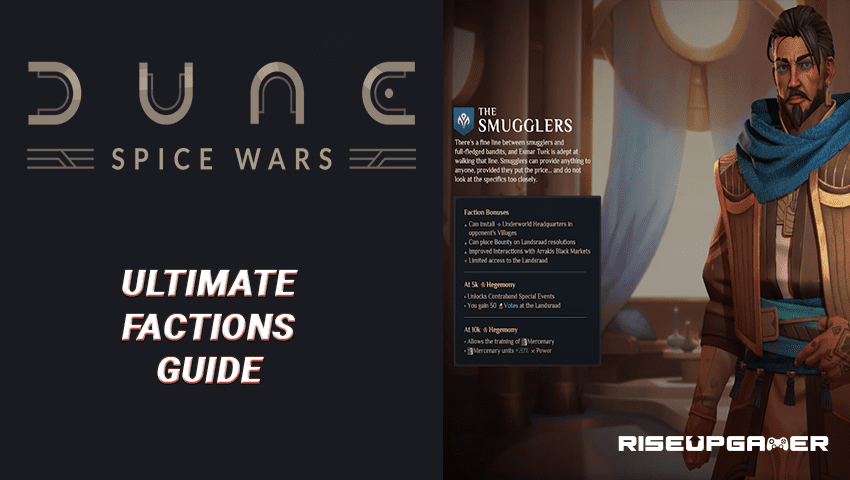