Climb up the MMR ladder; know the greatest heroes for the current patch! 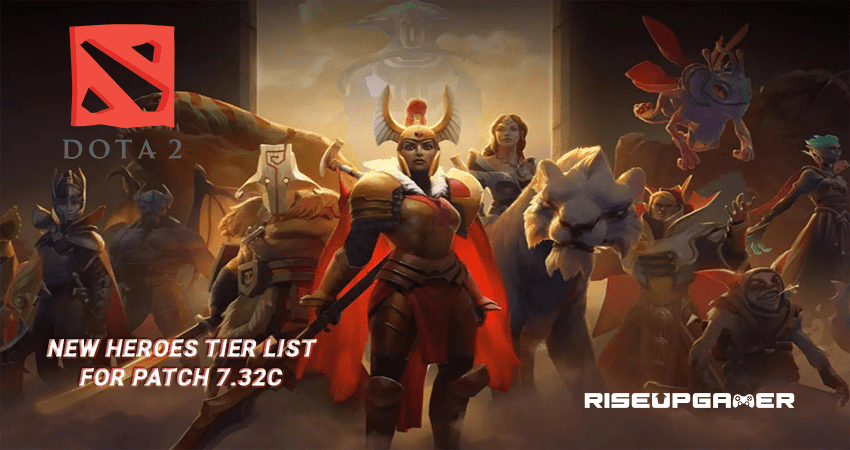 With Dota 2’s highly competitive nature and ever-evolving meta, balancing its over 100 heroes feels like a nightmare. That is why we could blame the developers behind this well-beloved MOBA game if some fall right off the cracks, while others skyrocket in viability as they have essentially became imbalanced. For the purpose of this article, we will be ranking every single hero in the game from A to F tier in the hopes of giving players the idea to which heroes are the best to pick for the current patch and which are better left untouched.

Given that Dota 2 currently has more than a hundred heroes for players to choose from, we basically cannot talk about them in-depth one by one without this article going very, very long. Do not worry though, we will be talking a bit about the best heroes to play as for the current patch. Without further ado, here is a hero tier list for Dota 2’s Patch 7.32C

Before we begin, it is worth noting that picking the best heroes in the patch (the ones found on A-tier) does not guarantee a win. As powerful as their toolset may be in the game’s current state, how viable they are in a given game ultimately still falls down to the player using them. The same holds true for those at the bottom tiers – not just because they are weak per se, they cannot win a single game every now and then. Let us begin.

Legion Commander continues to dominate the laning stage – there is only but a few heroes currently in game to which LC can possibly lose at the early game, i.e. Ursa and Monkey King.  On top of this, she also received buffs on her talents making her a force to be reckoned with in the Mid-game as well.

Naga spends another Dota patch getting buffed. When used properly, there is no hero in game today that can do well against Naga – practically nothing can dominate her. Furthermore, the items she is mostly built with also received buffs. While playing as Naga may be a challenge, especially for newer Carry players, once you get the hang of her she could definitely turn the tables of the match instantly to her favor.

After spending several recent patches as a great support hero, there is no denying that Undying, at least in this current patch, is well better off as an Offlane. Much like LC, there are only a few heroes that can matchup well with Undying in the early game. His optimal item build also received some bonus, so there’s that.

Again, this hero does not lose on any lane. In fact, it can dominate most matchups thanks to its Jinada and Shuriken spam. Its power spike after building Aghanim’s is still one of the best in the game. If you manage to build an Aghanim’s well before the mid-game, you are essentially guaranteeing a win.

Slark is one of the best carries to pick right now thanks to the fact that his counters on the lane currently had nerfs. It is very easy to pop off using Slark as well. All you have to do is build boots, echo sabre, Aghanim’s, and then shard before the mid game. You are practically all set after that.

Although Clinkz currently suffers in the pro scene, his effect as a strong carry option in pub games remains as top tier. He farms insanely well, he can push waves without exposing himself too much, and has arguably the craziest mid to late game timings in Dota today. Gleipnir on a level 15 Clinkz is a nightmare for the opposition.

While most would argue that he does not belong in this particular tier, we firmly believe that Sniper is one of the best mid heroes to play in the current patch. He dominates lanes, scales well, and his matchups in the meta are great as well. On top of that, he is extremely easy to play as – all you have to do is position as far away as you can and right-click targets.

Silencer is great to play with but a nightmare to play against. He is so good right now that if you mainly play as support, just pick Silencer. Skill up his first or second skill in the start of the game and make your enemies’ time in the lane as miserable as can be.

This one is tough to play well with but is insanely good when played as so. Since only a few in Dota can say they can play Visage well, it has constantly received buffs from recent patches, including this one.  That is basically it.

Beastmaster is a solid laner and an excellent vision hero. He fits well with the tempo of the current meta given his well-rounded skill set. That said, Beastmaster can be tough to play as at times, so better practice playing as him first before taking him to Ranked games.

Axe is doing very well recently. On top of his superb scaling ability, he remains one of the most easiest heroes to play as in Dota. All you have to do is buy Blade Mail and Dagger and jump to the middle of the pack and use your first skill. He also received some buffs this patch.

Much like Silencer, Clockwerk is a good ‘fall to’ hero if you don’t know what hero to pick as a support/initiator. This is hero is super well-rounded and always contributes to the game. It gives vision, it scouts, it initiates. Basically, it can almost do everything.

Huskar currently has great synergy with a lot of heroes right now. And once he pops off, there is no stopping him. He is buffed quite a lot recently as well.

Leshrac remains one of the best mid lane heroes in Dota. If you haven’t tried building bloodstone on him yet, then do so. It will change how you look at this hero.

The buff on its Howl skill is insane right now. That being said, to play well with Lycan you should have great micro skills. Prepare to control his ‘zoo’ on the AI first before taking him to pubs.

Even though Marci have been nerfed several times now from the recent patches, she still remains one of the best heroes to play at. Her toolset is just absurd. He can even kill core heroes as a support using her ultimate alone.

If you need dispel, healing, and buffs, Omniknight is the hero to go. His support capability remains insanely well. If you want to play a save hero, you can never go wrong as Omniknight.

This hero is a great initiator, can lane very well, and overall well-rounded hero. That being said, he falls slightly off in the late game. Using him well takes some practice.

A position 4 support that can instantly kill almost every hero – that is the best description we can give right now to Skywrath. He is a great laner and synergizes well with some of today’s strongest offlane heroes.

If you get a good early to mid game as Pudge, you are practically winning the game for you team. If he gets the right matchups, he can feel broken. That is how good Pudge can be.

After spending most of the recent patches at the bottom tier, Anti-Mage now finds himself at the top. He received several buffs this patch, most definitely on his first skill. Warning, he is still quite useless in the mid game so just wait for the late game as you farm playing as AM.

Riki is the inverse of Anti-Mage. He is horrendous in the early game but thrives in the mid game after building his Diffusal Blade and shard. When you have those items, just constantly scout for enemy heroes to kill.

Arc Warden is perhaps the most scaling hero today. Once he gets ahead, there is no stopping him really. He can be good in every stage of the game. That said, he is quite a challenge to play as mechanically.

Drow Ranger recently received a bonus on her Multishot ability, making it more potent to use as either a farming skill or for last hitting heroes. If matched up against a melee hero in the lane, you have basically won the lane already.

Ember Spirit is still one of the best initiating mid heroes in the game. While some may struggle to use Ember optimally, he scales very well in games and can dominate when played how he is intended to be played as.

No major changes to Void. The past patches were dedicated to buffing him, considering that the newest Arcana were for him. If you manage to go on the late game as Void without dying too much, then you are doing your job right. That is when he thrives.

Mirana, much like Skywrath can burst enemy heroes even as a support. On top of that, Mirana can also be a viable core hero given to how high her potential damage can be especially with the attack speed bonus of Leap.

Morphling received several buff this patch and his Aghanim’s is still excellent. That is all we have to say.

Like Clockwerk, Nyx contributes to the team constantly. He can scout, he can burst enemies down, he can initiate. If you are looking for a support hero that is constantly on the move, Nyx is your bet.

Perhaps the toughest hero in the whole game to master is Invoker. That said, when played optimally he can be the most versatile hero as well. He can play mid, support, and even core, if you want.

Jakiro remains one of the best support heroes to play as. He is always atop the highest win rates because of how useful he can be at team fights and laning stages.

Ice Blast, Ancient Apparition’s ultimate ability is still arguably the best ultimate in the game. On top of that, this current patch made it so that Ancient Apparition synergizes well with other offlane or carry heroes, mainly Pudge or others that also has abilities to slow enemies down.

A good nuker and an excellent burst damager. If you want to annoy your opponents so that they lose the game for themselves, Techies may just be for you. Nothing more to say about this hero.

These heroes are still worth picking up, and some could be just as good as the B-Tier when played well.

Heroes in this tier are situational heroes. Only pick them when the heroes on the tiers above aren’t available or there is a certain counter for what the enemy picked.

Stay as far away from this lot for now.

That is every hero ranked! To win with the best chance, of course, its best that you pick the heroes on the upper echelon and just stay as far away as possible from those that are at the bottom. We hope this simple tier list helped, now go out there and earn some MMR! 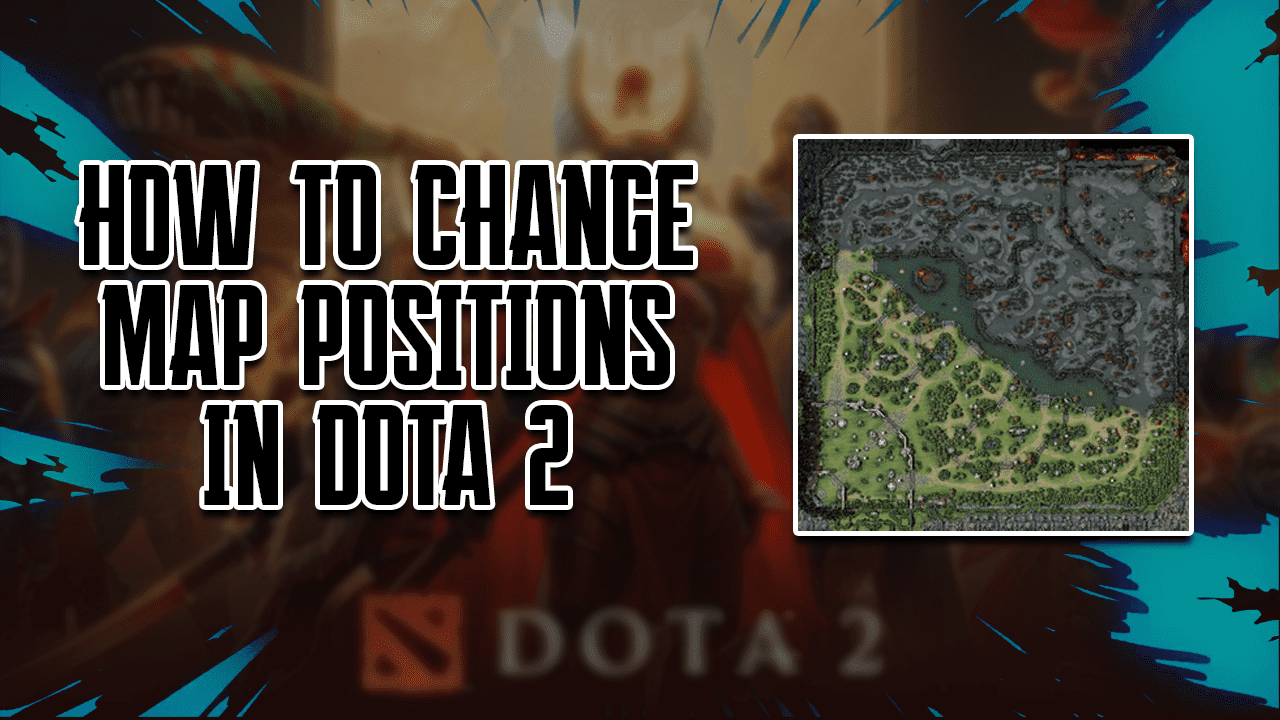