Go exploring with your favorite Disney heroes and princesses! 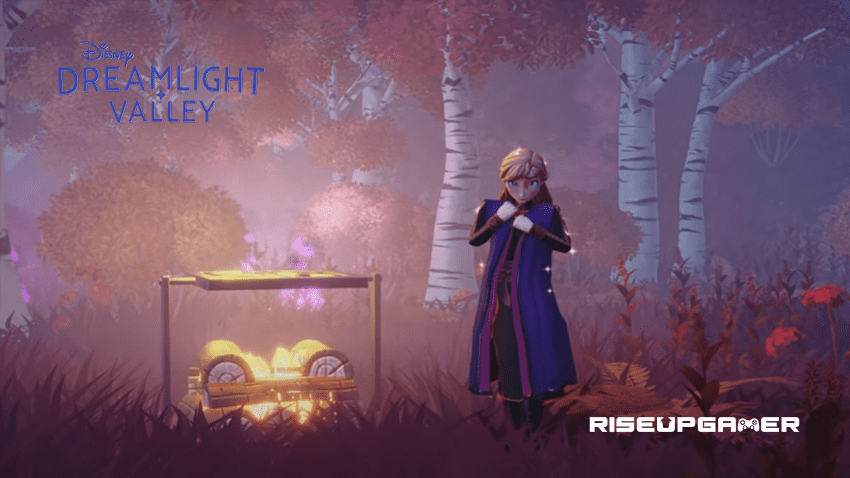 Disney Dreamlight Valley is a new third-person life simulator game that lets players live in a world with their favorite Disney characters. You can hang out and go on quests with your favorite Disney characters! The cast spans from old favorites like Stitch to newer ones like Elsa from Frozen. If you like Elsa’s sister, Anna, she’s in the game as well! She can accompany and help you during your adventures!

Here’s a guide to Unlock Anna in Disney Dreamlight Valley.

How To Unlock Anna in Disney Dreamlight Valley

Before you can meet Anna, first you’ll have to unlock the Frozen Realm. The door to the Frozen Realm can be found in the Dream Castle and can be unlocked with for 4,000 Dreamlight points.

Upon arriving at the Frozen Realm, Anna will be the first character you see. Talk to her and she will give you some Fireproof Gloves and the “Spirits of Nature” quest.

You will have to use your watering can while looking for Bruni the Fire Spirit. Chase him down and bring him back to Anna. She’ll ask you to follow her through the forest, but you’ll be stopped by an Earth Giant blocking the path.

To progress you’ll have to cook a Stone Soup to wake up the Earth Giant.

Place it on the pedestal and talk to Anna. You can now continue on your path.

The next obstacle you’ll encounter is a raging river. To make it crossable, you’ll have to use your fishing rod on a nearby pond. You will fish up Anna’s Engagement Ring. Apparently the unnatural elements of the ring did not belong here and was causing a water spirit to be upset.

That finishes the “Spirits of Nature” quest and unlocks Anna for you!

Now you can go on adventures with Anna from Frozen!

Disney Dreamlight Valley: How To Get Iron Ingots
Read next >
Tower of Fantasy
Latest