By Borut Udovic
Everything you need to know before going fishing in Dinkum is covered in this fishing guide. Let’s dive in! 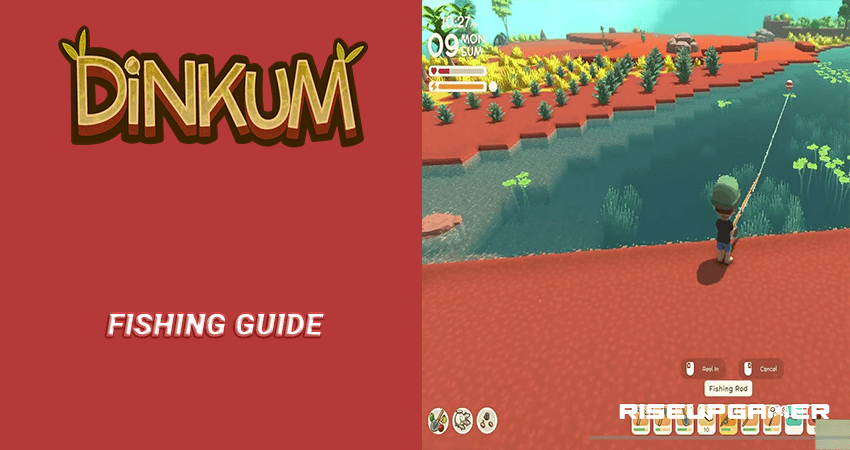 Dinkum is a brand-new survival game and life simulator that is presently accessible through Steam Early Access. You can explore the game’s Outback setting, which is modeled after Australia and home to a variety of local fauna and biomes. In Dinkum, fishing is a significant activity you can engage in. You can use the fish you capture to make food by cooking them.

This guide will show you everything about Fishing in Dinkum!

Fishing in Dinkum: How Does It Work?

The Players will need a fishing license before they can begin fishing. They must fulfill a few milestones and accrue permit points on the Milestones page to do this. Simply select a few of the simple milestones from your notebook’s milestones menu to quickly get those permit points.

Dinkum has a lot of features and skills that require a license, but the fishing license isn’t that expensive, so you should be able to get it quickly. After that, proceed to Fletch to submit a fishing license application.

Once you obtain a license, you’ll need to purchase a fishing rod from John’s store for 1260 dinks. Whether he is at the tent or you have relocated him to a permanent structure, this can be purchased.

Fishing Rod is the most important for this activity. You should be able to get the rod right away because it will be reasonably priced. However, you can sell a few items and acquire them right away if you don’t have the money on hand.

Once you have got a fishing rod, proceed outside to the nearest body of fresh water or ocean water in your area. Before you begin fishing, make sure you can see the fish, so pick a nice location where there are lots of them swimming around.

You won’t catch anything if you cast your line in an area with no fish. Also with creature catching, check sure the area is free of any predators before you begin fishing if you don’t want an emu assault to ruin your peaceful fishing session.

Allow the fish to thrash when it is on the end of the line. You’ll break the line and lose the fish if you try to reel them while they’re engaged in a fight. Reel it in again after it stops fighting.

To properly exhaust the fish and get it out of the water, and here you have your first catch. You might need to repeat this process a few times.

In Dinkum, there are 33 distinct species of fish that can be caught. Some of the most popular fishes the player can catch in Dinkum are listed below. There are plenty of these fishes around and they are accessible year-round. The list is as follows:

Barcoo Grunter: Habitats include rivers, billabongs, and mangroves; times found are morning, day, and evening; and seasons include spring, summer, autumn, and winter.

Black and White Snapper: Habitat includes Northern and Southern Oceans, Time of Discovery would be day; and seasons include spring and autumn.

Billabongs: Habitat is a bony tongue; Times found are mornings, day, and evening; Seasons include spring, summer, autumn, and winter.

Blue Spot Flathead: Habitats of the northern and southern oceans are home to them; the Time of Discovery would be morning or daytime; and Seasons include Spring, Summer, or Autumn.

Carp:  Habitats include Mangroves, and Rivers; Times found are morning, day, and evening; and seasons include spring, summer, autumn, and winter.

Jungle Perch: Habitats include Rivers and Billabongs; Times found are mornings, day, and evening; and seasons include spring, summer, autumn, and winter.

Mangrove Jack: The habitat of Mangroves is home to them, Time of Discovery would be mornings, day, and evening; and seasons include spring, summer, autumn, and winter.

What a Player Can Do With Fish In Dinkum?

In Dinkum, there are a few alternatives for what you can do with fish. Surprisingly, one of those isn’t cooking because there aren’t any fish-friendly recipes at the moment. Theodore will welcome donations for his museum and will take both Fish as well as Bugs and Critters if John puts up a permanent store and island tourists begin arriving on a regular basis.

Regardless of whether John is in a permanent structure or a tent, customers can purchase fish from him at his shop for a range of rates. Additionally, having a few fish on hand is a smart idea because you can use them to fulfill requests from other characters. 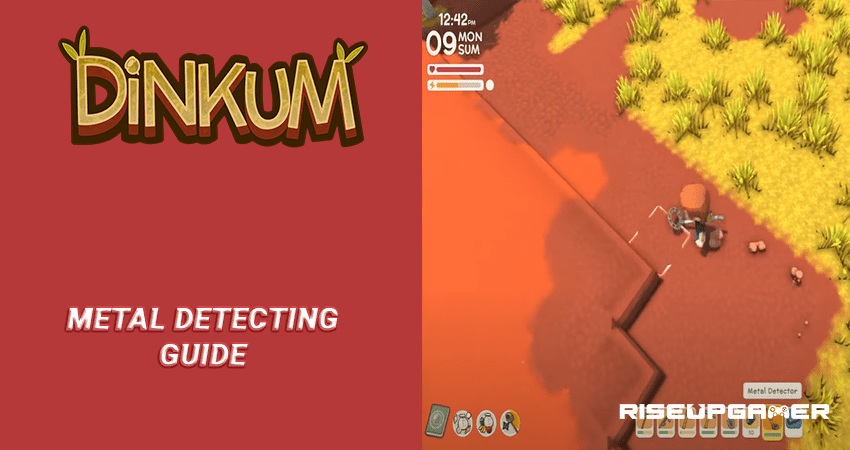