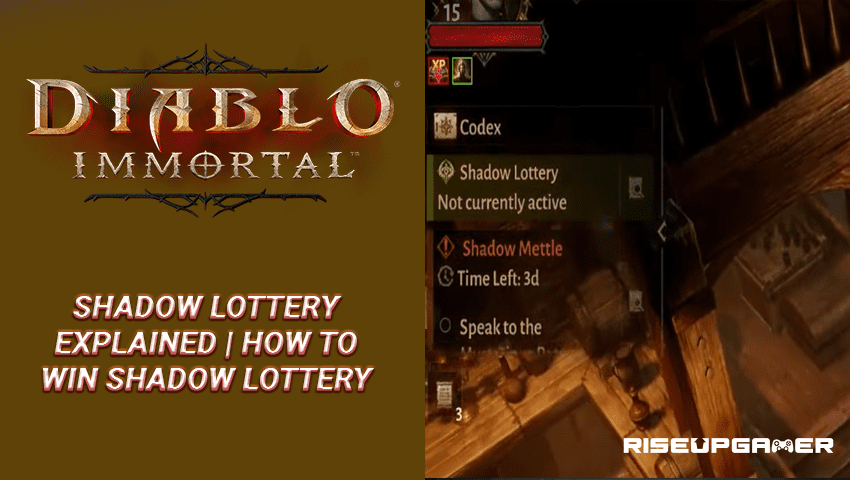 Diablo Immortal has introduced the Shadow Clan which is a special clan that will allow you to compete in even more events and earn more rewards, as well as getting your character stronger. This Shadow Clan has its own Shadow Lottery that can sometimes get you great rewards and boost your character greatly.

This guide will show you all you need to know about the Shadow Lottery and how to win it in Diablo Immortal.

How to Get to the Shadow Lottery

When you are in one of the big cities, you will get a message under your “Codex” section, telling you that there is currently a Shadow Lottery available.

In each city, there will be a Mysterious Patron NPC that you can interact with.

Interacting with the Mysterious Patron will give you two choices, they are:

Press on the Prove Yourself option to open up the lottery and play it.

Entering the Shadow Lottery will grant you better chances of becoming a shadow. The most common area that most of the players will be, including you, is Westmarch. In this area you will find the Mysterious Patron in the Court of Whispers.

You will have higher chances of winning the Shadow Lottery by completing Shadow Contracts which will lead you into solo adventures, or team up with random players and enter a dungeon which you need to clear out.

Those are some of the interesting things that you needed to know about the Shadow Lottery in Diablo Immortal!