By Borut Udovic
Check out this Necromancer Guide for Diablo Immortal! 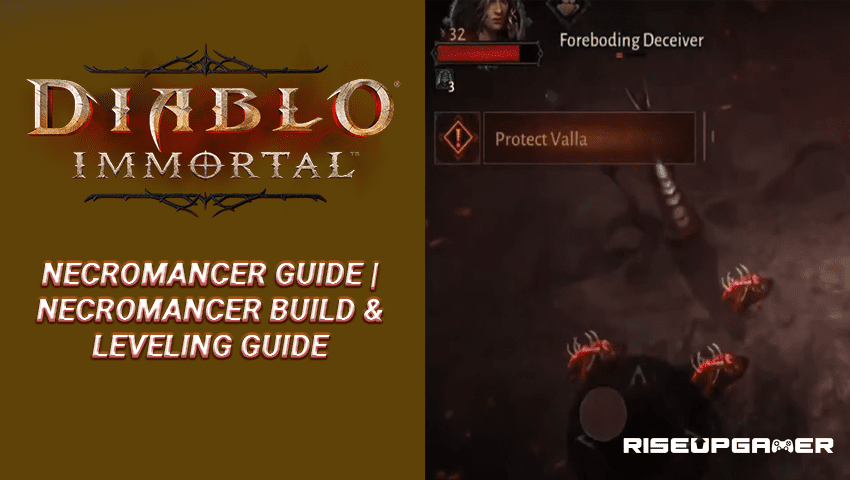 The Necromancer is one of the most unique classes in Diablo Immortal, this powerful class will allow you to summon different monsters that will fight by your side and destroy everyone who stands in your way. With a mixture of bones and chaos spells, the necromancer will surely make his enemies, including Diablo pay for what he has done to the world.

This guide will show you how the Necromancer works in Diablo Immortal.

This is a universal class that performs great in all roles, with its manipulating crowd control abilities, he is able to both deal damage and support other characters.

He also has a mixture of dealing damage and healing his teammates or minions, keeping them alive and holding the fight for much longer.

Once you reach level 8, you want to set up a good set of skills for your necromancer, it’s recommended that you use:

When you reach level 15, you want to switch bone spikes ability with Wraith Form which transforms you into a wraith, gaining 50% increased movement speed and invulnerability for 2 seconds.

As you continue to level up and reach level 20, replace your Wraith From with Skeletal Mage. This skill will summon an immobile skeletal mage for 13 seconds that throws bolts of soulfire in a direction.

There are 5 attributes in this game, they are:

There are a total of 3 legendary gems that you can use for your Necromancer which are the best for you. NOTE that these gems should only be used on your best possible equipment after you reach level 60. They are:

The gems that are lower in quality and that you can use as you level up during level 60 are:

This method is great, try to combine main story quests with side quests that you find as you head out on adventures. Some of these side quests will be located in the same area as the story quest, it will only take some time to complete and even grant you unique loot.

You can run dungeons efficiently without stopping. This will level up your battle pass and help you level up faster.

You can also enter evil caves that have a ton of monsters inside, some of these caves can actually hold great loot which will come in handy if you need an upgrade.