By Borut Udovic
Check out this guide to defeat Lassal-The Flame Spun in Diablo Immortal! 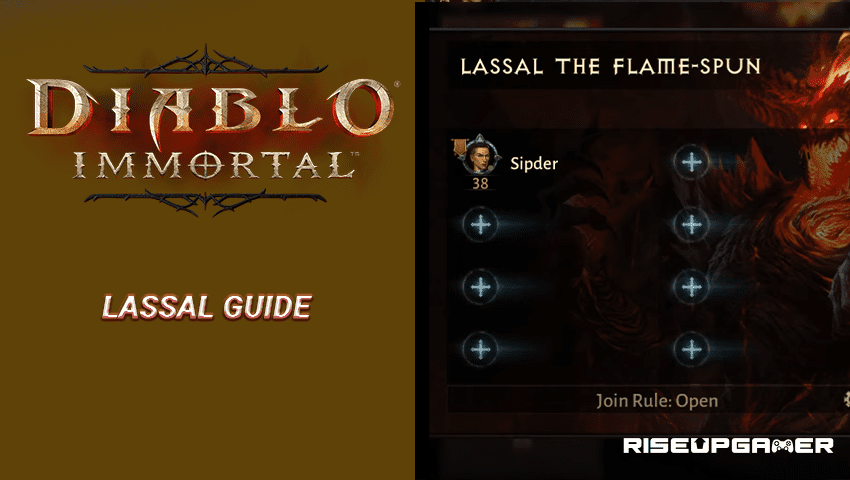 Players will encounter plenty of different bosses and demons during their journey in Diablo Immortal. In this guide, we will tell you how to defeat the Lassal-The Flame Spun in the game.

The Lassal-The Flame Spun is one of the first bosses that you will come across while playing and defeating him can be challenging as well as rewarding. You will be able to encounter him by accessing the Demon Portal found at the Einfrinn Tree.

The recommended combat rating is 420 for the first difficulty and 1250 if you wish to try your luck in the second difficulty.

In case, your combat rating is below these requirements, you won’t be able to create or join raider groups and will have to work hard to increase your combat rating. Another requirement is that you have to complete the first Heliquary quest in order to unlock the Demon Portal at Winfree Tree and reach the Lassal Sanctum.

This fight consists of 4 phases which makes it a bit difficult especially for new players.

During the first phase, you won’t face many problems as Lassal will jump to a random location and try to attack you with his front claws. You can dodge and stand behind him to avoid getting hit.

However, you need to beware of his massive attack which allows him to attack those targets who are standing 170 degrees in front of him. The only way to avoid this attack is to get away as soon as possible.

In the second phase, Lassal will summon some other enemies for help and your priority should be to clear them first. In addition to that, he will continue to use the attacks mentioned in the first phase.

You should clear the mobs summoned by him called Slagspitters who spit fireballs and Demon Warriors who try to attack you by rushing towards you.Once you manage to clear these mobs, you can go back to continue attacking Lassal.

In the third phase, Lassal will gain two new abilities called Summon Boulder and Big Explosion that allow him to summon three boulders which combine into one and protect him whereas Big Explosion as the name suggests allow him to cause a big powerful explosion.

You should try to avoid this explosion at all costs as it kills you in just a single shot.

Finally, during the fourth and last phase of the battle, Lassal will get angry and use all the tools at his disposal to fight against you. He will also gain a new ability called Fire Circle that allows him to target two players and deal damage in a small area.

It can be pretty tough to fight against Lassal at this stage so coordinating with your teammates is essential and key to winning this battle.

You should avoid standing in the Fire Zones that will be constantly creating and you need to resurrect other players from time to time however try not to use the resurrection in the early stages of combat.

Tank players should try to absorb most of Lassal’s damage while other players should stay behind to avoid taking damage. You also need to stay careful and avoid the fiery explosion he causes in the third stage as it can result in instant death.

That’s it, now go ahead and follow these tips to defeat Lassal in combat!