By Borut Udovic
Check out this guide to learn how you can repair the Diablo Immortal Client! 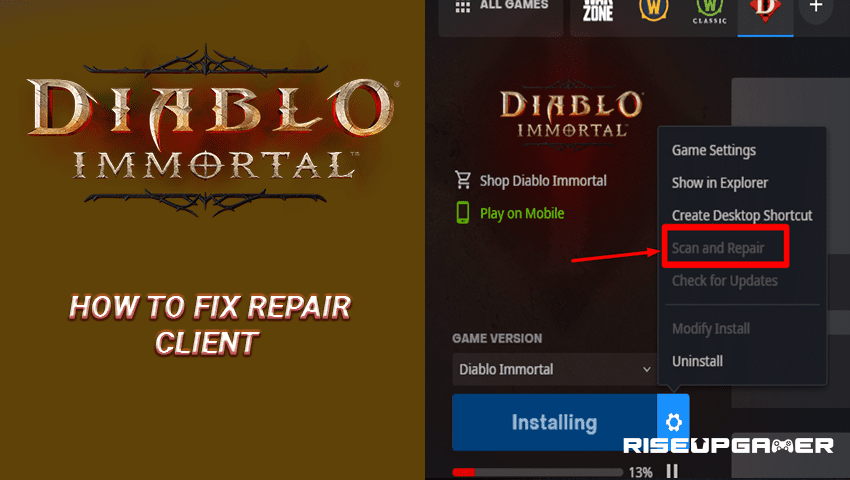 This guide will show you how to repair the Diablo Immortal Client!

To begin the process of repairing your Diablo Immortal client, you need to head over to the starting menu, where it says “Tap to Play”. On the right side, you will have a few menu options that you can choose from.

In order to repair your client, press on the two tools icon, which is the middle icon out of all 5. When you press that button, you will get a confirmation message that the repair process will start automatically when you launch the game next time.

The same method can be achieved on PC as well. In the battle net menu, go to your game and press the little gear button which represents settings. Press on it and you will find the fourth option which is “Scan and Repair”.

Pressing that option will begin your repair for the game and fix itself.