By Borut Udovic
This guide will take you through everything you need to know about Barbarian Leveling and the best skills. 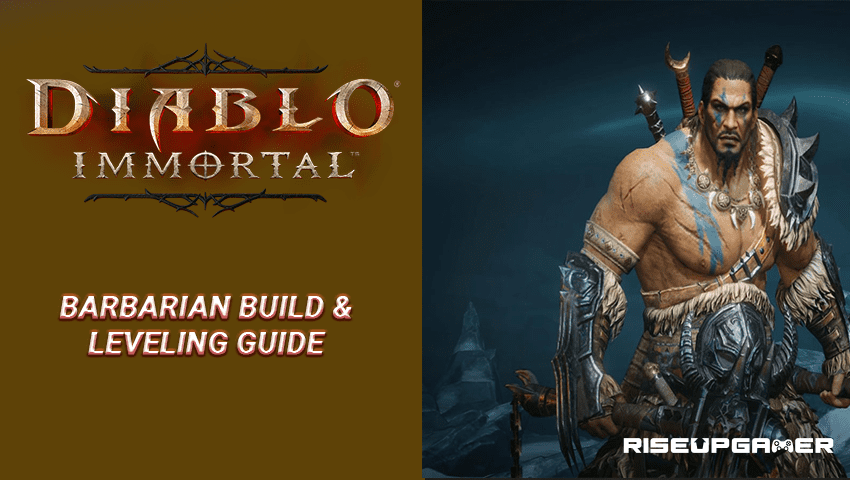 Diablo Immortal is developed and published by Blizzard Entertainment. The game deals with the storyline between Diablo II and Diablo III. It provides a huge variety of playstyles and classes. Barbarian is one of these classes and the most aggressive one at that. If you’re interested in the design and abilities of Barbarian, this guide is for you.

What is Barbarian in Diablo Immortal?

Barbarian is one of the six playable classes in Diablo Immortal. It is the most aggressive class and if you play as a Barbarian, you will basically be the initiator of your team. As the name suggests, Barbarian gets up close and enter the personal space of their enemies to deal massive damage to them.

This class has a huge variety of AoE and Crowd Controlling abilities that can easily pin down a huge hoard of enemies. As an initiator, you will be taking a ton of damage from enemies and if your team is incompetent, it can be annoying. It’s a great class for PvP and speed farming because of the mobility and AoE damage provided by the class.

As mentioned earlier, Barbarian can be one of the easiest classes to farm with due to their mobility, AoE, and the ability to carry solo. This farming guide can help you make it even faster. One of the first aspects to farm faster in Diablo Immortal is Equipment.

Over the course of your exploration and progress, you will get Equipment. If you get equipment that is better than your current one, your bag will start glowing. Head over to your inventory and switch out all the equipment with a green arrow on them. You can salvage the rest of the equipment at the Blacksmith.

If you’re a Battle Pass enjoyer, the Diablo Immortal BP can help you in leveling up even faster. Early in the BP level, you get a choice to pick a legendary. You should pick The Remembered as your first Legendary item because it buffs one of the strongest Barbarian skills.

You can also get multiple varieties of gems throughout your progression that can help you level up even faster. Moreover, you will get Dail Activity Rewards unlocked once you reach level 41 which helps you progress further.

Last but not the least, since Diablo Immortal is a story-based game, a lot of EXP is locked behind the main and side quests. Make sure you progress through the quests as much as you can. Liar runs are also a great way to gain XP fast.

Diablo Immortal allows the usage of 5 different skills at the same time in any class. Four of these skills are unlocked at the start and you get many more skills as you level up. The skill set consists of a Primary Skill and four Secondary skills. The best skill set for Barbarian in Diablo Immortal is as follows:

Lacerate – This primary skill allows you to launch a series of attacks that deal damage based on your level of skill. Furthermore, every third hit while using this skill heals you for a certain percentage of damage dealt. 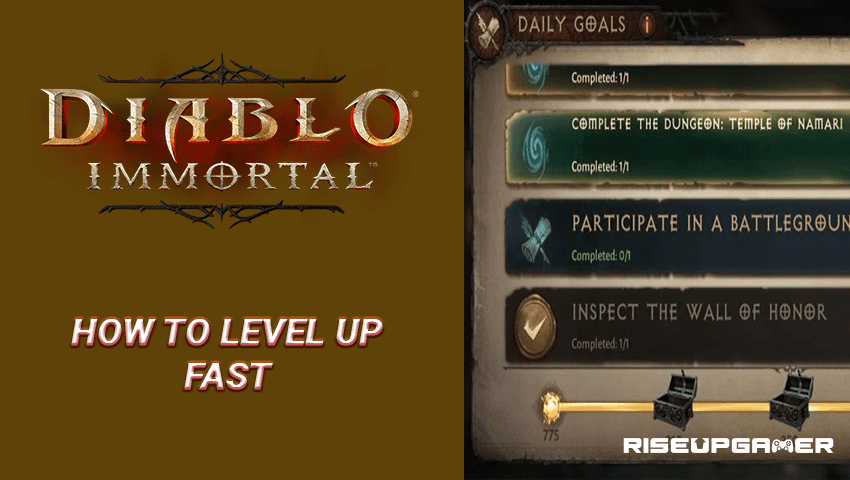