It’s time for another new Exotic Weapon in Destiny 2! 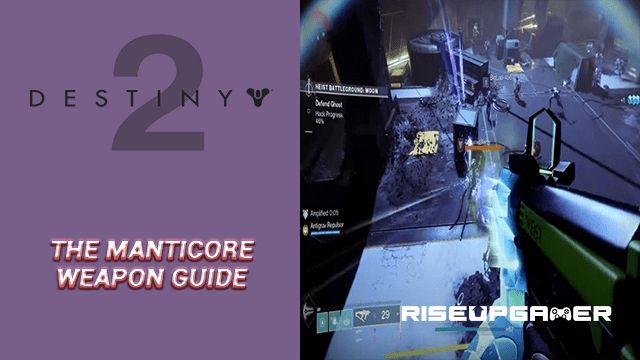 The Manticore is a new Exotic SMG that comes with the Season of the Seraph in Destiny 2. Like many other exotic weapons, it has its own features and abilities that make it special and you would like to have it in your arsenal. The ability to hover in mid-air and rain down bullets on your opponents is something that makes this weapon very unique.

Keep reading our article and find out everything about the new Exotic Manticore SMG in Destiny 2!

The Manticore is a new exotic SMG added to Destiny 2 as part of the Season of the Seraph. Everyone wants this weapon because it is special with its ability to hover in mid-air and shoot down bullets to all of your opponents.

If you are going through free to play players, then it can be unlocked once you reach rank 35 on the season pass. But just know that If you want to rank on the season pass, it is required to complete seasonal challenges, complete bounties, and get XP to level up the season pass much faster and easier.

There is also available an ornament for the Manticore on the season pass, and you can get that at rank 100.

Destiny 2: Best Weapons To Get In Season 19

Another special thing about this weapon is that it got a perk called Swooping Talons that increases the damage while you are Airborne.

It’s best to charge up the anti-gravity meter while you are on the ground by shooting the SMG and you’re going to be able to fly around while you’re shooting which means you can evade enemies on the ground and also if you want to release yourself from floating, just press the jump button, and you will be safely returned of the ground.

This weapon is super fun once you get the rhythm of how to use the weapon. The only downside that we found is that the reload speed is very slow, and hopefully it might be able to increase somehow in the future.

There is also a catalyst for the Manticore which can be obtained from Banshee-44. First, you will have to complete the catalyst quest which takes thousands of kills with this SMG to complete it. 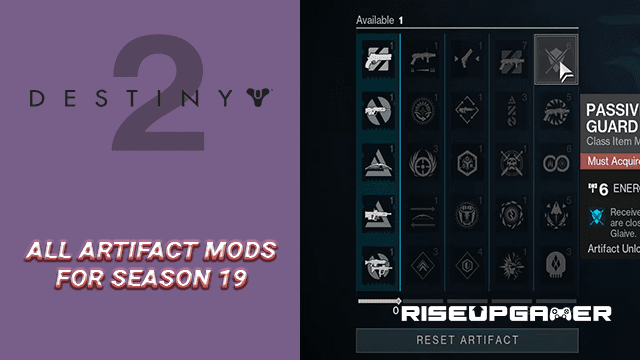 Destiny 2: All Artifact Mods For Season 19
Read next >
Destiny 2