By Borut Udovic
Check out this guide to complete the Sever Rage weekly mission in Destiny 2! 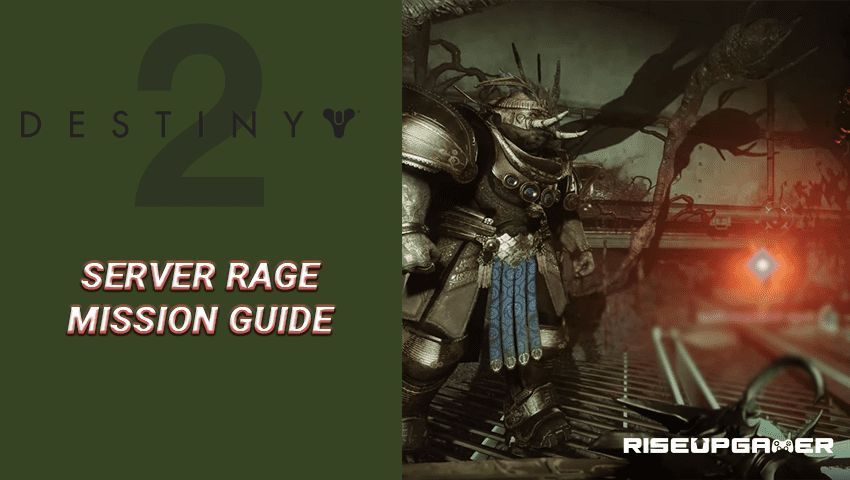 Destiny 2 has recently received a major update called Season of the Haunted that adds plenty of new weapons, missions and quests to the game. In this guide, we will tell you how to complete the Sever Rage Weekly mission in the game.

In order to unlock the fifth mission of the Sever questline, you will require the Season Pass and complete the first four missions which are part of the Bound in Sorrow questline. In the rage mission, you will need to delve into the underbelly of the Derelict Leviathan and weaken Calus’s connection to the Pyramid. The recommended power level for this mission is 1560 and above.

After selecting your loadout, the mission will begin and you will need to fight your way by clearing the enemies in the engines of the Leviathan. Be careful as the turbines in the ship as they emit fires from time to time.

Once you clear the enemies in the corridor, you will need to assault the engineering bay area. After you are done, place the first amplifier and proceed towards Caiatl.

You will soon come across a closed engine room where you will need to shoot the electric fuses in the top corners to open its door. This will allow you to access the Engine Room of the ship.

Jump into the opening to reach the Engine Room and then manually override the control panel to proceed further.

Next, you will need to incinerate the Contaminant and the best way to do it is by luring him into the Immolation Hall and then locking him to ignite the hall and reduce him to ashes.

Head back to the control panel and remove the lockdown to regroup with your allies.

Once you reach the end of the corridor, you will be able to start the severance ritual.

It’s time for the boss fight against Night of Dominus Ghaul which is a very simple fight if you stay focused. He will use different types of attacks from time to time and spawn enemies in your proximity to distract you.

Use the eye of the relic whenever possible and try to eliminate the powerful enemies around you when you get surrounded. After Ghaul is defeated, the mission will be completed in the game.

That’s it, now go ahead and follow these instructions to complete the Sever Rage quest in Destiny 2!

Destiny 2: Best Exotics & How to Get Them Solo
Read next >
Destiny 2
Popular now
Latest