By Borut Udovic
Check out the Best Solo Hunter PVE Build in Destiny 2! 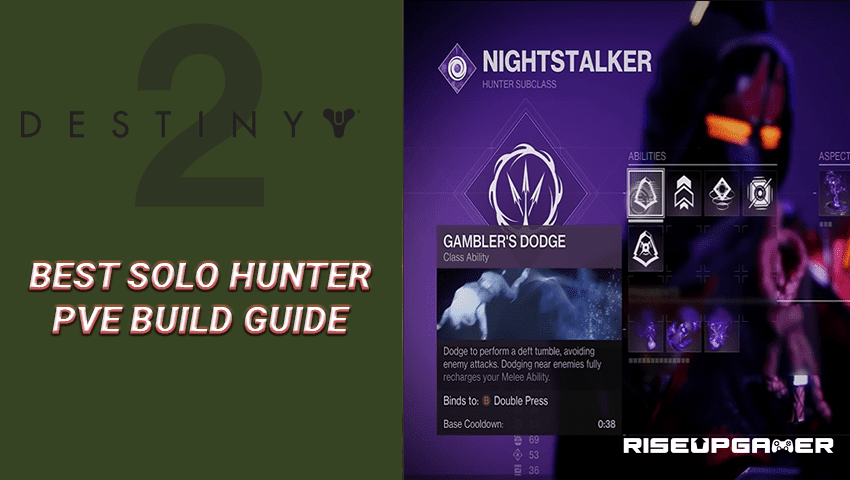 Destiny 2 is a free-to-play online multiplayer FPS game. Players assume the role of a Guardian, protectors of Earth’s last safe city as they wield a power called Light to protect humanity from different alien races and combat the looming threat of the Darkness. The Hunter is a Guardian class that specializes in mobility, stealth, and marksmanship.

In this guide, we will show you the Best Solo Hunter PVE Build in Destiny 2!

There are a lot of different ways that you can use this build and it’s the updated Hunter’s Void build for season 17. Also, the best part about this build is it doesn’t rely heavily on seasonal mods like last season. You can use it in any season you want without any changes.

If you want to be a good DPS with your super, you can use the Orpheus Rig to get the third tether shot, allowing you to output serious DPS.

To know how this build works is, you’ll first play in-game PVE, you’ll dodge to start a build off which will make you invisible and trigger the reaping wellmaker where getting a kill will spawn a void element. It will give you damage resistance as well as a bonus to weapon DPS.

You can fight everything and use your melee to go invisible when you need to.

As long as you dodge near enemies, you will need to have an invisibility charge ready for 100% uptime.

This build setup is with the sixth Coyote, but if you want to output the best DPS in the game, you’ll want to use the Orpheus Rig to melt champions and bosses using an extra shot with your super. Starting with the loadout, you’re only really restricted to using void weapons if you want to increase DPS.

All the exotic choices with this build in terms of weapons are the Arbalest, Sleeper Simulant, The Lament, and Gjallarhorn. For the exotic, you can primarily use The Sixth Coyote along with Orpheus Rig and you will be able to swap between the two at any time.

The best exotics you can use for this build are Graviton Forfeit, Assassin’s Cowl, Frost-EE5, and Omnioculus.

You could use this if you’re in a fire team playing as grandmaster nightfall because it can really help your team pass pretty much anything the game throws at you.

For the subclasses, you can run the void with the Shadowshot – Moebius Quiver, and then you will want to run the Gambler’s Dodge to dodge near enemies to recharge the main ability and then the Scatter Grenade, a grenade that splits into many submunitions and covers a large area with multiple explosions.

The first fragment to use is Echo of Obscurity which will keep you invisible, but the second fragment is Echo of Starvation, picking up an Orb of Power grants Devour with a negative 10 recovery.

The last fragment is Echo of Persistence where those void buffs applied to you have increased duration.

Starting with the elemental ornaments, in the helmet to spawn void element randomly when getting kills with void weapons, but you can swap it out if you want and use a Well of Utility instead.

Then you have the Harmonic Siphon mod and you have to use this to make the most out of the devour, but if you’re not using void weapons, better use the right cipher mod to consistently generate orbs.

The next mod in Font of Might to increase the weapon DPS of the void weapons when you pick up a void. If you are not bothered about the extra DPS or you don’t want to be restricted to using void weapons, then you can swap it out to something like the powerful friends or another well of utility.

For the chest armor, use the damage resist mods with Armor of the Dying Star, and then the Reaping Wellmaker which will spawn the void wells when getting kills after dodging.

Another alternative is the Better Already to trigger health regeneration when picking up orbs. Then lastly in the class, you can use a Well of Tenacity to get extra damage resistance when picking up void wells which is one of the best mods in the game for end game PVE.

In the artifact, there is not really much to choose for this season, but for the stats, you do want 100 mobility and 100 resilience to master this build for in-game PVE. 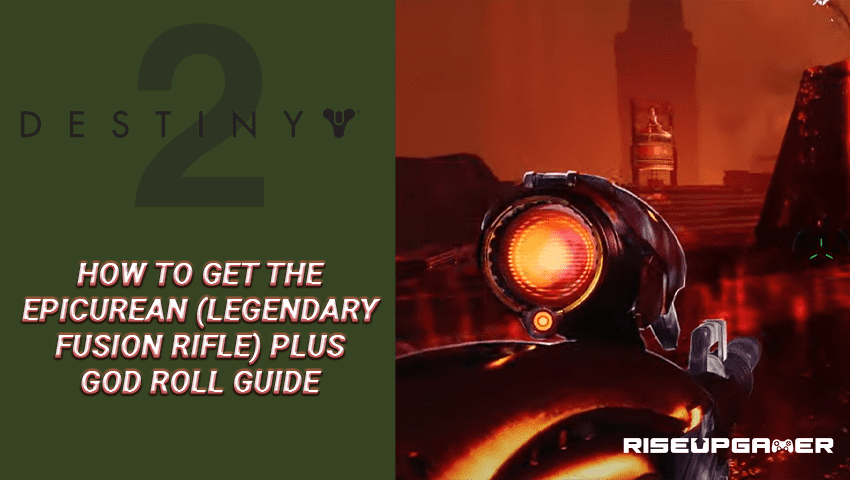 Destiny 2: How to get The Epicurean (Legendary Fusion Rifle) Plus God Roll Guide
Read next >
Destiny 2
Popular now
Latest