Let’s find out which is the Best Gun To Craft in Destiny 2 Season 19! 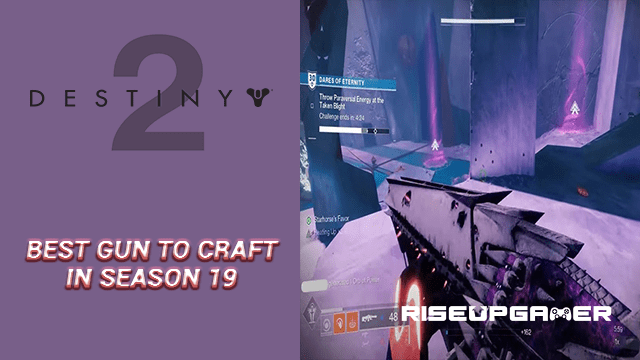 The new season 19 – Season of the Seraph is finally here, and as it’s known before, each new season comes with plenty of new features, challenges, and weapons that players can enjoy in Destiny 2. Players can also craft some of the available weapons, but first, you should know which is the best gun that you could craft and dominate against your opponents.

In this guide, we will show you the Best Gun To Craft In Season 19 of Destiny 2!

Machine guns are incredibly slept on and despite the fact that you’ll be actively throwing in any DPS scenario, there is just something incredibly special about the returning King’s Fall raid machine gun that not many players are using.

Qullim’s Terminus machine gun works so perfectly because of the total damage output of 3.1 million and it technically beats out a lot of the current popular options like Linear Fusion which in maxed-out scenarios will only hit for around 2.4 million damage output. However, it is all down to the time place, and circumstance, and clearly, machine guns aren’t meta because they just take too long to blow their load.

The Qullim’s Terminus can be a potential matter just on the fact that it’s a stasis power weapon. This means that it can and will take advantage of the highly formidable Supreme maker mod for any DPS phase.

Destiny 2: How To Get Prolonged Engagement Gun

This is one of the best craftable weapons and you can farm it from the loot cash at the end of the King’s Fall raid, including red borders once per week. It means that you can work towards crafting this end-game god roll high-impact machine gun instead of relying on RNG.

Certain enhanced perks are going to help the feel of this machine gun, but first up you can’t look past the origin tray run. Runneth Over will overflow the magazine by 10% per Ally nearby to a maximum of 5 stacks. This means that you can easily get over 70 rounds and if you are using the seasonal bottomless mounting mod, you will get over 90 rounds putting it on par and more wires with the rapid-fire machine guns and boosting its DPS in the process.

Fortunately, it doesn’t have a huge purple which means farming a non-crafted version just playing the red will hopefully pay off for you quickly.

If you want the perfect exotic weapon to pair with it this season, ideal for a backrest build, this one is definitely the best weapon that you should craft in the Season of the Seraph of Destiny 2. 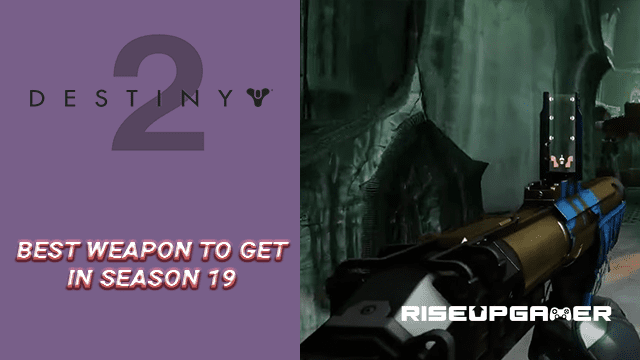 Destiny 2: Best Weapons To Get In Season 19
Read next >
Destiny 2