Dark And Darker: Best Skills And Perks For The Ranger

Want to know the best skills and perks for the Ranger in Dark and Darker? Well this is the perfect guide for you. 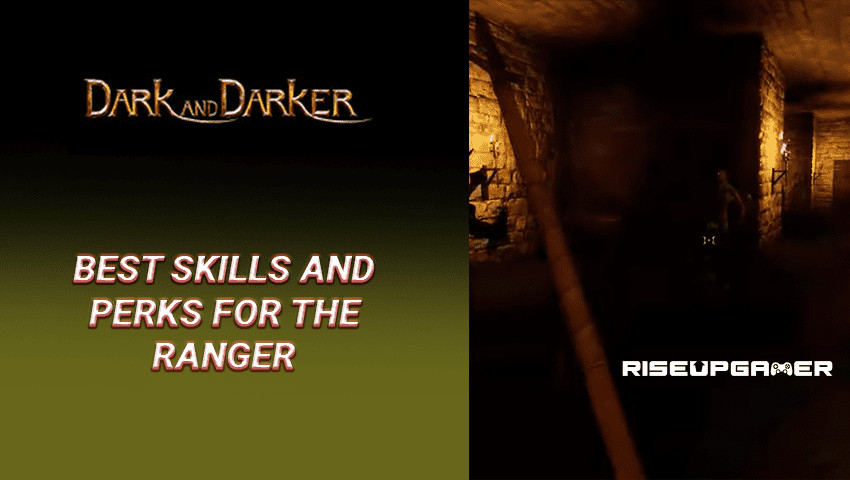 In Dark and Darker you have a ton of different classes that all have different passive and active abilities. These classes can perform really well once combined together as a team. Some even are really good whenever they are solo. The Ranger has proven itself to be the best solo class out there with its damage, survivability and mobility.

This guide will show you the best skills and perks for the Ranger in Dark and Darker.

Best Skills And Perks For The Ranger

The Ranger is known for using the basic combination with the Bow & Arrow. There are three types of bows that you can equip for the Ranger, they are:

The Long Bow is the hardest-hitting bow that deals the most damage, but is the slowest of them all. With the Long Bow, you also get reduced movement speed.

The survival an bow does less damage but has increased fire rate and your movement speed is also increased.

The Re-Curved bow is in the middle. It has a little bit of both, damage and fire rate.

If you want the best choice for either PVP or PVE, we strongly recommend trying out both the Re-Curved and Long Bow to see which one will suit you best.

READ ALSO: Dark And Darker: How To Get The Skull Key And Unlock The Skull Door

For secondary weapon, the Ranger can go with the Arming Sword or the Rapier. They are both great weapons of choice.

The Rapier is slightly better than the Arming Sword, due to the faster abilities and quick animations. Melee damage only occurs with the Ranger whenever you need to finish off an enemy or try to get out of a situation.

A great perk for your melee damage is that the Ranger can use spears. Spears are great weapons if you want to have melee fights but always have the high grounds due to the longer melee damage range.

The most important skill that you want to pick up for The Ranger is the Quick Shot. Quick Shot can be used to quickly take down squishy opponents and clear out a path.

The next two perks for the Quick Shot, you want to take are Sharpshooter and Nimble Hands.

Field Ration should be your second ability with the Enhanced Hearing and Tracking perks.

With these abilities and perks, you get to deal a ton of damage to your enemies as well as have great survivability. You may even save up some money from purchasing potions.

With the tracking perk, you will be able to see much better where your enemies are and where exactly you can place your traps.

Dark And Darker: How To Eliminate Ghost King

And there you have it. Those are one of the best skills and perks for The Ranger in Dark and Darker. It will take you some time to get used to the abilities and mechanics of this rotation. But in the end, you will become the best trapper and damage dealer in the game.