Time to choose the best afterline doctrines to grow your cult! 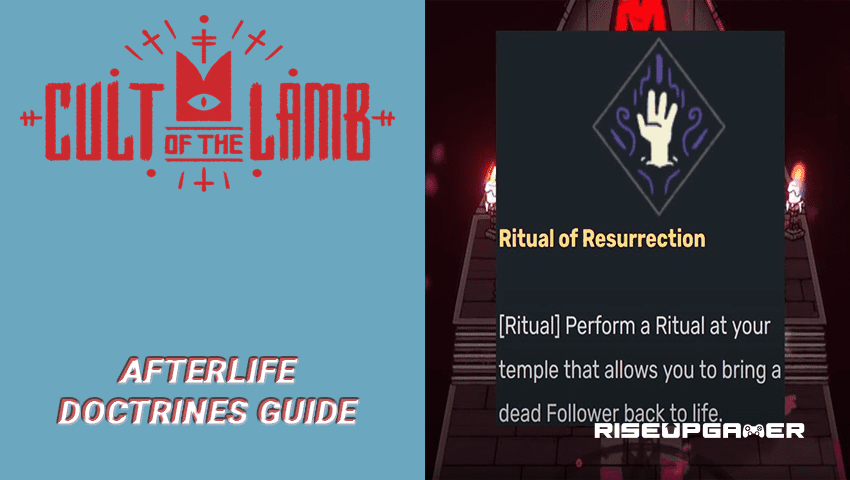 In the Cult of the Lamb, doctrines are permanent upgrades that can affect your cult, providing you with new rituals, buildings, follower traits and cultist traits dramatically affecting how your cult functions at each level as well as the style of your playthrough. Doctrines at each level are mutually exclusive and you cannot reset them so it’s not a bad idea to plan about them in advance.

This guide will tell you everything about Afterlife Doctrines in Cult of the Lamb.

Afterlife Doctrines Guide in Cult Of The Lamb

The Afterlife Doctrines will let you adjust how your cultists feel about the many exciting and different ways that they might die.

Some of these doctrines have a major impact and it’s important that you don’t rush through them.

For Tier 1, you have a choice of selecting between two traits: Belief in Sacrifice Trait and Belief in Afterlife Trait.

The Belief in Sacrifice will increase faith by +20 when another member is sacrificed whereas the Belief in Afterlife trait will reduce faith decay from -20 to -5 when another cult member dies.

It’s better to go with the Belief in Sacrifice Trait and if you choose you will need to do some other selections based on it such as the  Good Die Young at Tier 3 and then hurry toward unlocking the cooldown and cost reduction for rituals otherwise this trait won’t be useful.

On the hand, if you spend more time crusading instead of managing your cult or if you have faced issues with deaths turning members into dissenters then the Belief in the Afterlife might be a better choice as it makes the entire cult feel a bit more manageable.

At Tier 2, you can decide whether death is really the end of your followers.

You can either select the Ritual of Resurrection to bring a cultist back to life or the Funeral Ritual which allows you to perform a funeral for a recently deceased cultist to increase faith by 20.

One question that many people wonder about is whether should they revive an Elder cultist and it turns out they are resurrected back to a younger age.

This means that you can continue to level up your favourite devoted cultist even after they have been sacrificed, ascended or simply died of old age. Resurrection is an easy pick for Tier 2.

Tier 3 gives us two more trait options: Respect your elder which gives +5 faith for every elder in your cult or go with Good Die Young which increases faith by 10 if an elder is sacrificed, ascended or even murdered however you lost 20 faith if the elder dies to a natural cause.

If you chose Belief in the Afterlife in Tier 1 then selecting Respect Your Elders means that you will be gaining daily faith just for having elders around and when they finally die, it won’t be much of a hassle.

Active Cult Managers can go ahead with Good Die Young but both the traits are pretty good and it boils down to your personal preferences.

At Tier 4, you have two more traits: Return to the Earth which unlocks the natural burial building and transforms dead followers into fertilizers or Grieve the Fallen which constructs the Grave building.

This Grave building will allow your followers to grieve and gain +2 faith whenever they do so.

It’s better that you go with Grieve the Fallen here as a couple of graves strategically placed around your cult will ensure that you have people stop to grieve on their way. This will give you a nice passive chunk of daily faith.

That’s it, now go ahead and choose the afterlife doctrine that best suits your playstyle! 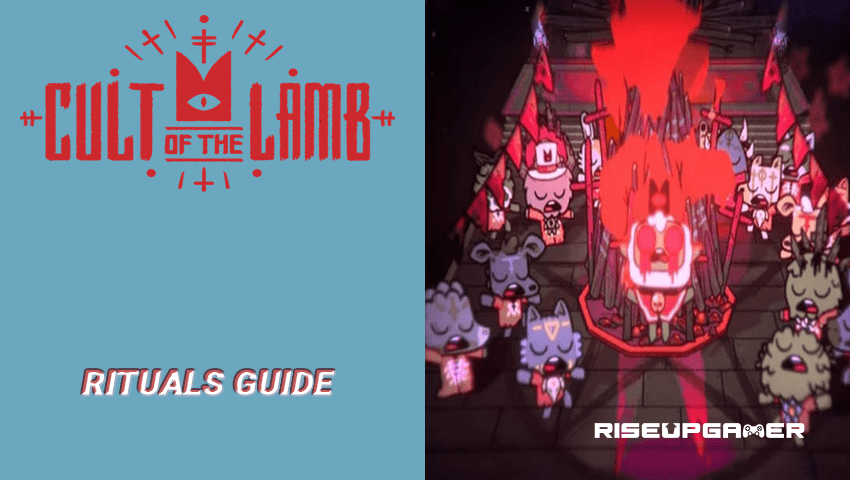