Core Keeper: How To Get All 3 Merchants

Time to get all 3 Merchants on Core Keeper! 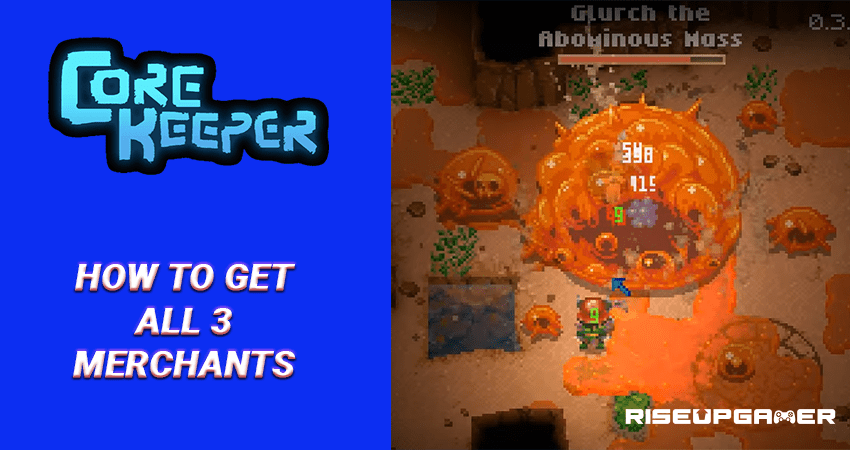 Core Keeper has implemented 3 Merchants so far that you are able to trade items with. These 3 hidden Merchants are trapped inside bosses that are in areas that are not shown on the map right at the beginning.

This guide will help you locate and get all 3 Merchants on Core Keeper.

How to get all 3 Merchants – Core Keeper

When you start the game you will be located in the middle of the map. Your map will be blank and you will barely have any items.

A good recommendation is to first prepare your gear and healing potions before encountering these bosses. In order to get a merchant, you have to defeat a boss that is trapped inside him.

Your next goal in getting the merchant is to prepare a living area for him. To set up a safe room for all 3 merchants in the game, build at least a 10×10 room that has an exit or an entrance.

Each of these vendors has a special item that attracts them. The special item is required through the boss that has been killed, where the merchant is trapped. The item itself is outlined with a green color.

A bed also needs to be placed in the room where nobody has slept in.

Once a merchant has been unlocked, go to your built room, place the unique item and the bed that no one has slept in. Run away from the area for about 50 blocks and stay there for 20-30 seconds.

This method will update your room and bring the merchant inside where he will be safe and always there for trading.

The first location for the merchant can be found south on the map around some orange-looking area. This area is covered with orange slime, orange slime mobs, and the orange slime boss.

Explore this area until you come across Glurch the Abominous Mass. Make sure to be prepared for this boss, as he is quite tough and may kill you if you are not well equipped with armor.

After defeating the boss, he will melt, and on the ground, there will be an orange chest spawned and the first merchant will rise.

Inside the chest, you will be able to find the Slime Oil item that is required to be placed into the safe room where you will want to keep the boss.

This boss moves around a specific area of the map and you will not catch him sitting in 1 spot.

The most recommended strategy is to go further out into the map where the location is outlined, and wait for the boss to come to you.

To find him you are going to need to mine and explore the area until you come across the boss. The screen will begin to shake when the boss has been found.

Simply put the item in your hot bar slot where you can use items, and use it. This item will charge and scan the whole map for the boss.

Follow the path that he is going and prepare for a fight. Ghorm the Devourer is a giant green worm that will attack you instantly once seen. So prepare your potions and gear.

Once you kill the boss, only a chest will spawn with some interesting items inside. The item that you will want to look for is the Mysterious Idle.

Once you have the item, simply walk back to the area where you have built another room for the boss and place a bed that nobody has slept in and the Mysterious Idol on the ground.

This item placement will spawn the second merchant the same way that the first one was spawned.

The third merchant is obtainable through a boss that you need to craft an item for. The items that you have obtained from the previous 2 bosses will be needed to begin this process.

Walk up to the northern core of the map and open it up. You will need to place the Glurch Eye that you obtained from the first boss, and 3 other items will appear on the core.

Firstly you will want to get the Hive Mother Scanner, which is obtainable by collecting 5 Ancient Gemstones and 5 Mechanical Parts.

This Hive Mother Scanner will take you to the Hive Mother boss, where you will need to craft another item.

Once the Hive Mother boss has been defeated, she will drop an item called “Heart of the Hive Mother”. This is a gem that you will need to place into the second/eastern core, where 3 other items will appear and can be crafted.

The Ancient Hologram Pod is the item that you need to craft, this item costs 10 Ancient Gemstones and 10 Mechanical parts to craft.

Once the Ancient Hologram Pod has been crafted, build 1 more room for your third merchant and place the hologram pod on the ground. This item will summon a hologram of the merchant where you can trade with and get interesting items. 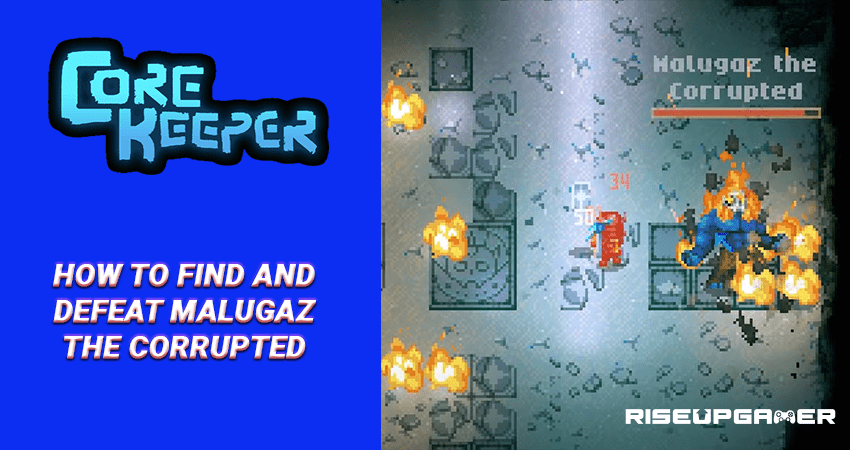 Core Keeper: How To Find and Defeat Malugaz the Corrupted
Read next >
Core Keeper