By Borut Udovic
Check out this list of all the bosses you will face in Core Keeper! 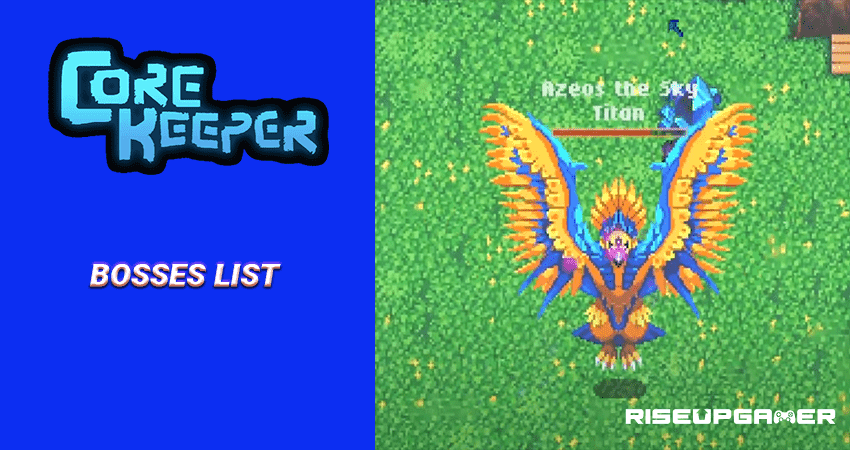 Core Keeper is a 2D indie game where you need to explore a cavern full of creatures, relics and resources to unravel the mystery of an ancient core. In this guide, we will tell you the list of all the bosses that you will encounter in the game.

There are currently 6 bosses that you will face in the game and defeating them will grant you some rare items that can help in your adventure. Each boss fight consists of multiple stages and they usually have large chunks of health.

After you have killed a boss, you can use the Summoning Idol to fight them again or proceed into a new world.

1. Glurch the Abominous Mass: He is one of the bosses that you will face in the early parts of the game in the Undergrounds region. This giant orange slime has the tendency to jump and smash things in the surrounding with the ability to heal itself if you don’t attack him for some time.

You also need to be careful of his slime puddles which can reduce your health further by dealing damage. The boss fight will be easy and straightforward if you maintain consistency and stay focused.

2. Ghorm the Devourer: He is a large larva that can be found in the area between the Clay Caves and the Forgotten Ruins. Being a larva, he will dig through by making large holes and keep on moving constantly. Even if you try to attack him, he will just pass through making it harder to defeat him.

His agile nature and ability to keep moving around in circles will make it hard for you to attack him because if you decide to follow him then his trail of slimes will slow you down. Even if you stay at one location and try to attack then his health will be restored the next time he passes by.

In order to stop him in his tracks, you will need to lay down traps as they slow him down while reducing his health.

3. The Hive Mother: She is a scary acid-spitting boss that can be found at the Glurch Statue in the Larva Hive biome. The good thing is that she won’t attack you until you pick up a fight but once you do, she will start spitting powerful acid that can make your life living hell.

Even if you manage to avoid her attacks, the acid thrown by her will stick to the ground and reduce your health when you walk on it. You will be able to remove it with a shovel but it’s challenging to do it during a boss fight.

She has a large health bar and the ability to summon minions to attack you during the fight. However, she can still be defeated easily if you lay out traps strategically around her and shoot her from a distance.

Azeos Wilderness where you will face this boss.

This flying bird has the ability to shoot down laser beams in different directions of the map and try to encircle you with them. You will need to grab a shield to deflect those beams and avoid some of the damage.

You will also find him using blue crystals that allow him to heal himself so your priority should be to destroy these crystals while avoiding his attacks. Use your sword to deal some damage after you manage to destroy those crystals.

5. Malaguz the Corrupted: He is a boss that can be found in the Forgotten Ruins Biome after you have defeated Azeos.You will need to collect 10 crystal skulls shard if you wish to create a beacon and summon him.

He has two attack phases: First, he will teleport into the area and set the surroundings on fire by throwing fireballs. You need to be careful of those as they can limit your movement and reduce your health.

After you manage to reduce his health bar enough, his armour will be destroyed and his health will be restored. In this phase, he will dash around and punch you in the face so you need to maintain your distance by using ranged weapons. If he teleports near you then use your melee attack to reduce his health.

6. Ivy the Poisonous Mass: He is the final and most dangerous boss that you will encounter in the Azeos Wilderness biome. Finding it is a challenge in itself as you will need to look for traces of pink poison slime while exploring.

Once you manage to find it, you will notice that it has an attack pattern similar to Glurch that allows it to jump and land on your position. It will also leave a slime in its trail that will not only slow your movement but also reduce your health when you step on it.

In case you have a Remedaisy Necklace then you will be able to negate the effects of this poisonous slime. His secondary attack allows him to slime all around the area so you need to stay on your toes.

That’s it, these are all the bosses that you will come across in Core Keeper! 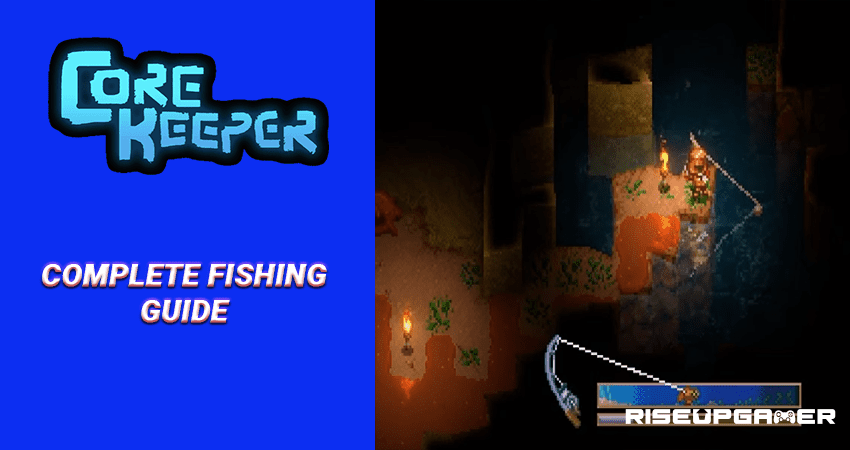