Conan Exiles: How To Get Corruption Attributes

Use corrupted attributes to gain extra health and damage for your character! 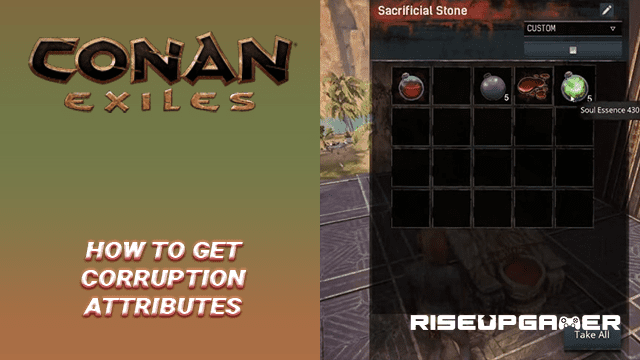 Conan Exiles is an online multiplayer survival game where players can build their own kingdom and fight against other players in an open-world environment. You will need to plunder dungeons full of loot, survive through extreme temperatures and develop your character to become a mighty barbarian.

The Age of Sorcery update has brought many changes to the game such as the ability to corrupt the character’s attributes to gain more power. There is a noticeable downside though that decreases the maximum health and stamina values adding a risk-reward proposition.

This guide will tell you how to corrupt your character’s attributes in the game.

How To Get Corruption Attributes – Conan Exiles

First, you need to head over to the Sacrificial Stone and put an Accursed Alchemist.

This will allow you to perform the Soul Drain ritual and this requires a Thrall as well as a Glass Flask.

Now if you check your Sacrificial Stone, you will notice that a Soul Essence has been added that can be used to corrupt one attribute point with a maximum of 20.

The second thing that you need to do is to heavily corrupt your character. To do this, simply stand in the corrupted zone or take damage from monsters or cast some spells. You will need to gain atleast 50% corruption on your character and the fastest way to do it is by using a Transportory Stone.

Conan Exiles: How To Summon Your Corpse

Now a new purple button will appear in the attributes tab in the Strength, Vitality and Authority sections. This will allow you to corrupt those attributes and you only require 2 things, a corrupted character and some Soul Essence.

If you manage to corrupt enough attributes then the perks will transform into corrupted versions such as the Heavy Blow perk converting into Scourge. Similarly, you can also corrupt the perks in the Vitality and Authority attributes to gain increased health and damage for your character.

That’s it, now go ahead and follow these steps to corrupt your attributes in Conan Exiles! 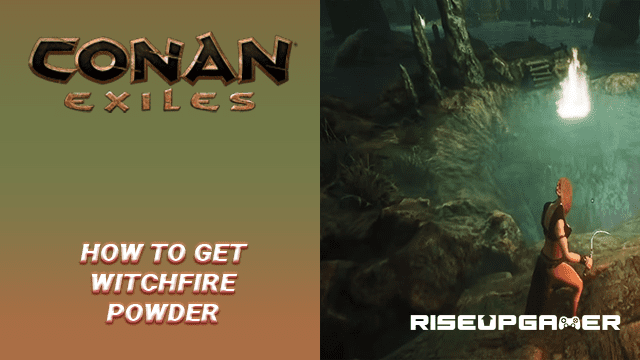