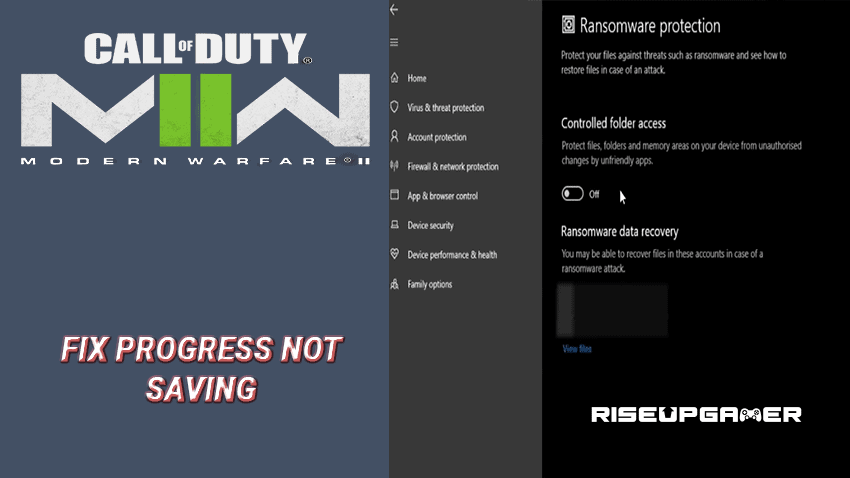 Many players have reported that the game is not saving their progress while playing the campaign which can be really frustrating because all of their progress can be gone requiring them to replay the entire level. Since there is no way of getting back your lost progress, you can still ensure that it gets saved in the future.

This guide will tell you how to fix the progress not saving issue in the game.

The reason behind players losing their progress is your Anti-Virus or Windows Defender being overactive and overstepping its boundaries to control the folder access for the game’s directories.

To fix this, open your Windows Settings by pressing Windows+I on your keyboard and then head over to the Privacy & Security tab.

This will open Windows Security in a separate window where you need to access the Virus & Threat Protection tab.

Scroll down and click on Manage Ransomware protection and turn off the Controlled Folder Access by pressing the toggle.

In case you don’t wish to disable it, select Allow an app through controlled folder access and choose Add an Allowed App option. Click on Browse all apps and select COD.exe by navigating to the directory where the game is installed. Once you are done, add all the other exe files present in that folder by clicking on the Add an Allowed app option.

This will allow the game to sync properly with the servers on the cloud and save your progress using the Steam Cloud Save feature. It is an issue that has been happening with Call of Duty games for quite some time and neither Microsoft nor Activision seems to have taken note of it.

That’s it, now go ahead and follow these steps to ensure that you don’t lose your save game progress in the future!