Can I Play VALORANT On MAC? Find Out Here

By Borut Udovic
So you own a Mac and you want to play VALORANT, can you play it on your setup? 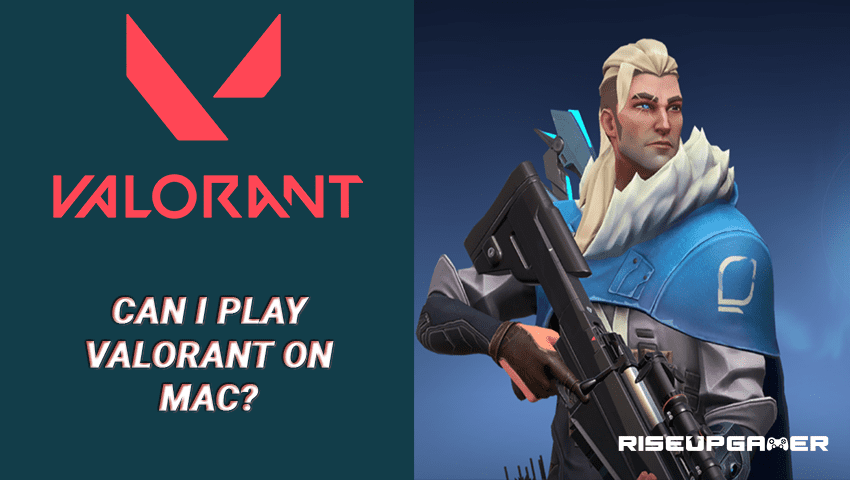 You’ve probably heard of this little game called VALORANT, if not you are living under a rock but here’s some information about the game. VALORANT is a team-based first-person shooter game similar to Counter-Strike Global Offensive. The objective of the game is for one team to plant a bomb called the Spike in specific spots on the map and the other team has to defend the bombsites not letting the enemy plant although if the enemy plants they have to defuse it before it explodes.

Can I Play VALORANT On MAC? Find Out Here

These days it seems like everyone wants to play VALORANT, the game has garnered quite a successful following with about 16 million players on average it has turned into the new hot video game.

So, with a following like this, you probably want at least some of the action.

VALORANT is a game that is usually played on Windows PCs since there are no alternative versions as of yet, which unfortunately means that you cannot play the game on any other devices or Operating Systems like Mac and Linux.

Why this is the case is not known. Luckily there is a workaround to this issue.

Even though this method is not the best way to play VALORANT it is certainly better than nothing and here’s what you need to do in order to enjoy some VALORANT.

In order to play VALORANT you need to use Windows since the game is made and optimized for Windows. So how do we fix this issue?

To be able to play VALORANT on Mac you will need to install Windows by using Boot Camp. Boot Camp is a free to use tool which turns a portion of your macOS into Windows or Other Operating Systems.

It’s definitely worth downloading Boot Camp on your Mac if you are into gaming since a lot of games do not have MacOS support and of course, you want to be able to play every game.

Downloading Boot Camp is totally free and safe as it is provided by Apple for your macOS, so why not give it a try?

We recommend downloading Windows 10 instead of Windows 11 since Windows 11 is newer and has many bugs that might hinder your experience.

Once you launch VALORANT you might experience some lag so you might need to change some graphic settings and disable FPS caps as well as Vsync.

Riot have stated that they still have no plans about releasing macOS support for VALORANT so if you own a Mac PC this is the best way to play VALORANT.