Play with your buddies and gather all the intel in Modern Warfare 2! 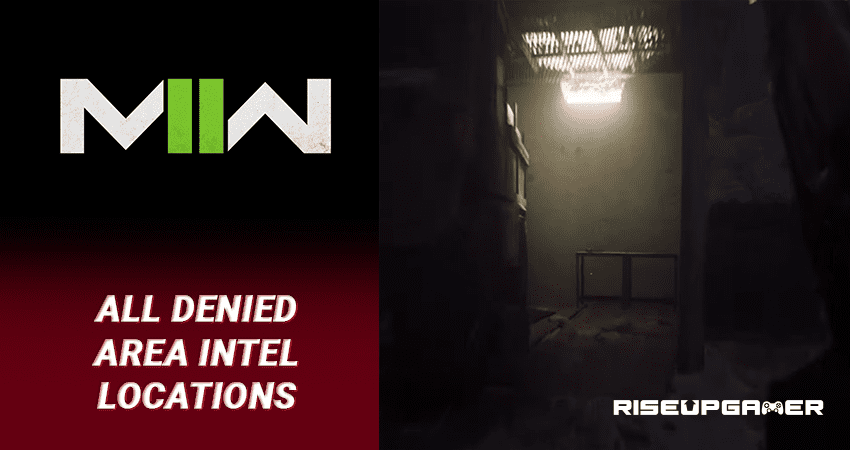 Call of Duty: Modern Warfare 2 is a first person shooter game where players can play as a member of the British SAS forces fighting terrorists. Players can take part in co-op missions where they have to collect intel in certain places, such as the Denied Area.

There are a total of 20 intel fragments in this level. Most have fixed locations, however some will spawn randomly and require you to use the Geiger Counter to track them down. Check the guide below for the intel locations at the Denied Area  in Call of Duty: Modern Warfare 2.

The first intel fragment spawns randomly near the starting area of the map. You will have to use your Geiger Counter to track it down. The higher the amount displayed on the counter, the closer you are to the intel.

Progress through the map and in the middle portion will be a house with the yellow interior walls. There will be a table there that will contain the intel.

Around the same area at the middle of the map, there will be a building with a tall tower at its center. Head inside and on the first floor will be a makeshift infirmary. Intel Fragment #5 can be found on one of the desks next to the beds.

In the same building, climb up the tower and at the top will be a sniper rifle and Intel Fragment #6.

In the same village, there will be a dimly lit stone house with two floors. The intel can be found on the second floor on top of a wooden dresser.

At the southern part of the village is a building close to a barricade with a red flag. The intel will be found inside the generator room on the second floor.

Continuing south of the Denied Area, there will be a handful of abandoned homes. The intel is hidden behind the door, next to a television.

Heading west from the previous location, you will see a stone house with a water tank. Head to the second floor and behind the door will be an open drawer with the intel.

Near the previous stone house is a small outpost with a red flag and a radio. The intel will be on the desk next to the radio.

Near the previous outpost will be a large open sandlot. Close to it will be a laptop on a desk that contains the intel.

Want To Unblock An Enemy In Call Of Duty MW 2!

Similar to the very first intel, you will have to locate this one using the Geiger Counter. Its general location is in the same area as the Intel Fragments #10-12.

Continuing on south, there will be a stone house with a ladder attached to its side. Climb on top of it and the intel will be waiting up there.

Now onto the eastern set of structures of the map, the next piece of intel will be attached to a laptop underneath a small shed.

Continuing on from there, you will see a small watchtower. At the base of it will be the intel resting on top of a desk.

At the southernmost village of the map, there will be a shed with a very bright light. Inside will be a small bench with the intel on it.

Close to that is a two-storey house. Head on to the 2nd floor to find the next piece of intel on a desk next to a potted plant.

These will be more Intel Fragments that you will have to rely on your Geiger Counter for. They can be generally found in the southern portion of the map. 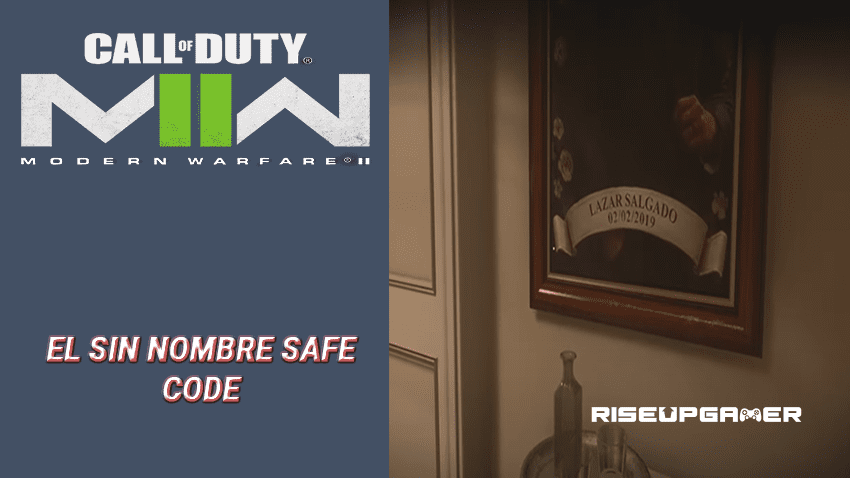