Here are the best characters that you should use in Brotato! 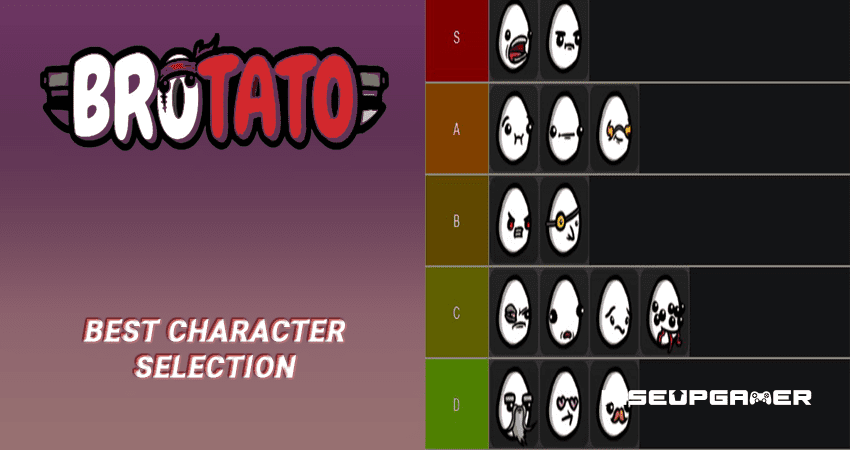 Brotato is a top-down roguelite arena shooter where you play as a potato and can kill alien hordes using powerful weapons. There are over 6 weapons to choose along with the freedom to choose multiple characters to help you survive waves of alien attacks by the enemies.

With each character having their own unique traits and items, it’s difficult to find the best character that works for every play style. This is where having a detailed tier list can come in handy.

This guide will tell you about the best character available in Brotato.

We will be ranking all the characters into five different tiers based on their performance:

A Tier: Chunky, One Armed, Speedy

Let’s discuss the abilities and attributes of every character of this tier list in detail:

First is the Brawler who can deal 15 damage with unarmed weapons and has one fist in the beginning. You also have -10% crit chance,-15% crit damage and -10% ranged damage so it’s best to only use unarmed weapons. He is one of the few characters where you need to dodge more often instead of using armour.

Based on the skills, he belongs to the C tier in the list as having unarmed weapons can restrict his abilities and having dodge instead of armour means you need to rely on RnG mechanics. You cannot use any ranged weapons since the ranged damage is really bad making it a tough character to win unless you get lucky with items or manage to master his skills.

Next is Chunky who benefits from 30% increased HP but gets a 20% decreased speed. He is A tier character as he can take advantage of the massive health increase however the decreased speed can be a bit annoying.

Due to the extra HP, you can plan your offensive capabilities in the beginning and won’t have to worry about defensive items too much. The decreased speed can be negated using speed buffs that will help you get back to normal speed which makes him a good character for ranged setup.

The third character on the list is Dumb who has +100% luck with all luck gains increased by 25% and a +50% chance to deal 1 damage to a random enemy when you pick up a material. However, this 1 damage will scale depending on your amount of luck. The more luck you have, the more damage you will deal after picking up materials and it is the main method of dealing damage with this character.

This is because there are -50% XP gain and -50% damage as you won’t be levelling up or dealing damage as much. Most of the damage that you deal in the early waves will come from picking up materials and using your luck.

He is a C-tier character because the additional luck can be great for getting good items but since you don’t level up, the items don’t really help. You will need to use a stick-based build for weaponry as it can offset -50% damage but it can be tough as you need to depend on your luck

to get items which make it hard to recommend for new players.

The fourth character is Loud who offers +30% damage and +50% enemies. While you will face more enemies when using this character, the extra damage will help you deal with them so you don’t have to worry about them. This makes him an S-tier character as the extra damage can easily allow you to use weapons like shotguns and the extra enemies will actually help you get more materials and experience.

Next is Mage who has +8 Elemental Damage with his attacks having a 25% chance of dealing 1×3 burn damage which can spread to nearby enemies. However, he also has -1 armour, -20 Ranged Damage and -20 Melee Damage. This makes him a D-tier character since you need to depend on a lot of elemental damage and it can get repetitive because of it.

The sixth character on our list is the Masochist with +5% damage until the end of each wave when you take damage. He also has +1 armour, +10 Max HP, +5 HP Regeneration and -100% damage.This means that you cannot deal damage to your opponents at the beginning but after getting attacked, you will be able to deal damage.

You will need to use a defence build to let enemies attack you and this puts him in the B tier as he can be a fun character to play with. It is not an easy character to win with especially for new players however there are plenty of ways to use it which makes it fun to use.

Next is the Mutant which offers a +200% XP gain and a +50% increase in the cost of items. This will allow you to level up more quickly however you will be able to buy fewer items as the cost will be higher than normal.

It puts him in the C tier as the increase in price will affect you drastically while the additional XP gain means that you need to rely on RNG luck. You need to hope for better weapons and cannot waste your money on rerolling them as you barely get enough money to survive the waves.

The ninth character on our list is One Armed who provides +200 attack speed with all damage gains increased by 100%. However, the catch is that you can only equip one weapon at a time. It is A tier character since it’s really easy to win and increased attack speed can be really handy.

Next is Pacifist who offers +10 harvesting and you gain 1 material for every living enemy at the end of each wave. However, the downside is that you -100% damage which means that you cannot hit anything as you are a pacifist and you only run around to protect yourself. The tasers, hand and the two support weapons can help a lot however it’s a really difficult character to play which puts him into the D tier.

The tenth character is Ranger with +20% Crit Chance,+100% range and the Pistol as the starting weapon. However, the catch is that you cannot equip melee weapons and all the max health gains are reduced by 50%. You start with 5 health but you have an insane crit chance with ranged weapons and it will allow you to hit enemies pretty hard.

This puts the Ranger in the B tier because the lower health can be brutal and hard as you can easily die in just one shot however the character is really fun to play with ranged weapons such as shotguns.

Next is Savage who offers a +25% Life Steal with primitive weapons and you start with 1 stick in the beginning. The downside is that you also have -3 melee damage and -3 ranged damage. He is a C-tier character which is only suitable for stick builds.

The twelfth character is Speedy just like the name, providing you with +30% speed and -3 Armor. Improved speed on the character is really great while the decrease in armour can be easily negated by levelling up the armour. However, since he is a straightforward and simple character he brings nothing exciting to the table putting him in the B tier.

The Warrior offers +15% attack speed for every unique weapon that you use and has +5 Melee damage. However, you cannot equip ranged weapons and the attack speed is decreased by 30% as well as the luck by 80%. The severe decrease in attack speed and luck puts him in the D tier.

Next is Well Rounded with +5 HP, +5 Harvesting and +5 Speed capabilities that make him a really good character. Since there are zero downsides to this character, it puts him in the S tier. Just get a couple of buffs and you will be able to win easily with him.

Last but not least is Crazy which offers a +150 Range with blade weapons and +50% attack speed as well as a knife as the starting weapon. However, you also get -30 Dodge and -10 Range Damage which means you won’t be able to dodge or use ranged weapons.

Most characters in this game need to use armour instead of dodge so you can easily deal with the reduced dodge and you will be using bladed weapons which negates the decreased range of the character. This puts him in the S tier as he is one of the best characters in the game.

That’s everything you need to know about every character in the game. 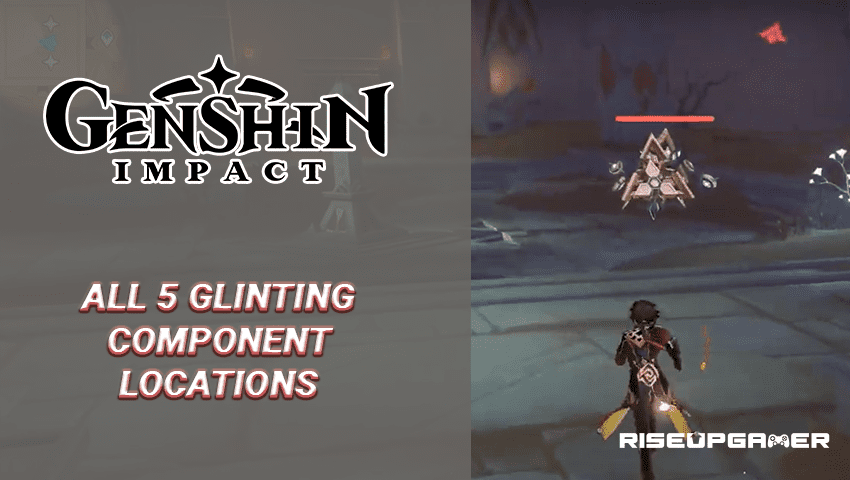