This level will test your platforming skills using a VR headset! 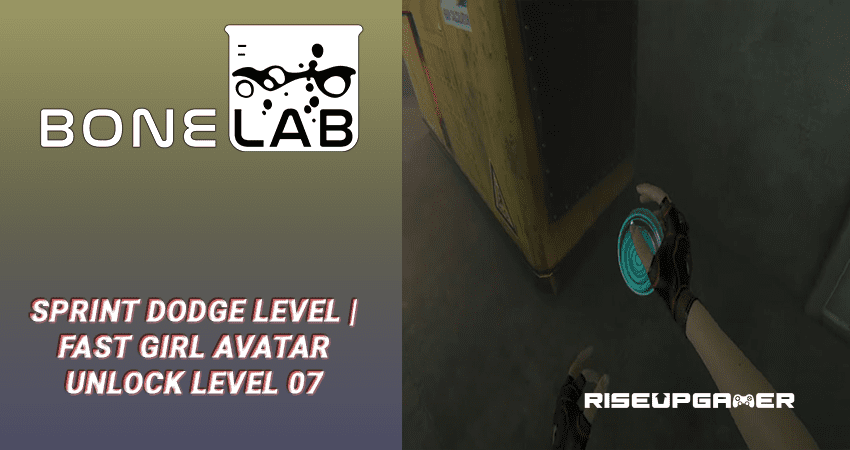 While every level in this game can be taken in many varying ways, we still believe that some of them require a bit more clarity on how they should be traversed. For instance, the game’s level 07 or the Sprint Dodge Level.

With that said, here is how you get over BONELAB’s Sprint Dodge Level as a custom avatar.

The level starts inside an elevator.

Even though this level is all about testing your platforming skills and creativity, it wouldn’t hurt to check on your weapons or perhaps yourself.

Immediately to the right after you step out of the elevator is a large wall mirror. Take a look at yourself there if you want and make sure you get your bearings right, especially with the movement.

After that, step out of the room.

There, you’d see a gaping hole. To your left facing the seemingly bottomless pit is a small passage you can walk through.

Keep going forward the pathway until you see a door beside a yellow electrical box.

Before continuing, make sure to pick up the weapon unlock on the corner of the electrical box.

This unlocks the PDRC weapon.

After doing so, drop down on the platform below where you are.

We would be doing some platforming here that’s why we had you checking your movement at the beginning.

Make your way across the bridge by jumping from one beam to the next while also avoiding several obstacles.

This will test your platforming skills which are a bit challenging on VR.

Keep in mind that you don’t necessarily have to make it all the way across.

Just before you reach the end of the bridge, there is a platform to which you can climb upwards. Go there instead.

After making your way up using the platform, pass through an empty container and then you should see a standing wooden plank to your left. Push it to move forward.

Bonelab: How to Unlock the PT8 Alaris

Be careful not to fall on this section of the level.

You should then see a pair of wooden boxes blocking a pathway. Push them to move forward.

You should now be on a narrow tunnelway with some barrels. Simply move forward with this section.

This is where the level gets a bit more challenging and confusing. After making your way through the small tunnel you should see a path forward.

We will not go there. Instead, look to your left and observe the bridge. That is where we will head.

Using careful platforming, drop down to the platform below the bridge.

We will make our way through this bridge just like the one before – by carefully jumping or skimming from one beam to the next.

Once you are down there, you should notice that the path is blocked forward. This forces us to be more creative in finding a way forward.

To the right of the bridge towards the pit, you should see a steel pipe. Carefully hang on it to get past the obstacles blocking your way.

Climb back up after passing the obstacles and make your way forward just like before.

Sooner rather than later, you should see that the path forward is blocked again. There would be no way forward other than making a Hail Mary jump to the wooden platform across you.

Try your best to jump all the way across. This may take you a few tries.

After that, simply make your way through the bridge carefully just like what you were doing before.

At the end of the bridge, you should see another small tunnelway.

Go inside it and make your way up using the series of small stairways.

After making your way to the top, you should be at some platforming section again. Jump across the next platform.

Head upwards until you see a doorway with some vines. We are near the end now.

Push the red buttons at the very center of the doorways to continue forward.

The level is done! All you have to do now is to push the button at the end of the small hallway right in front of you.

After completing the level, you should see the rankings for this particular level and unlock the Fast Girl Avatar. 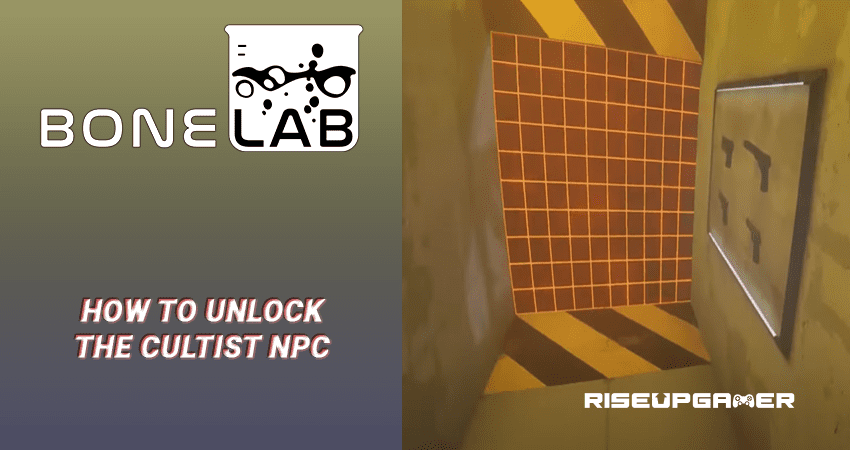 Bonelab: How To Unlock the Cultist NPC
Read next >
Bonelab