This guide will show you how to complete this action-packed yet very strange level in no time! 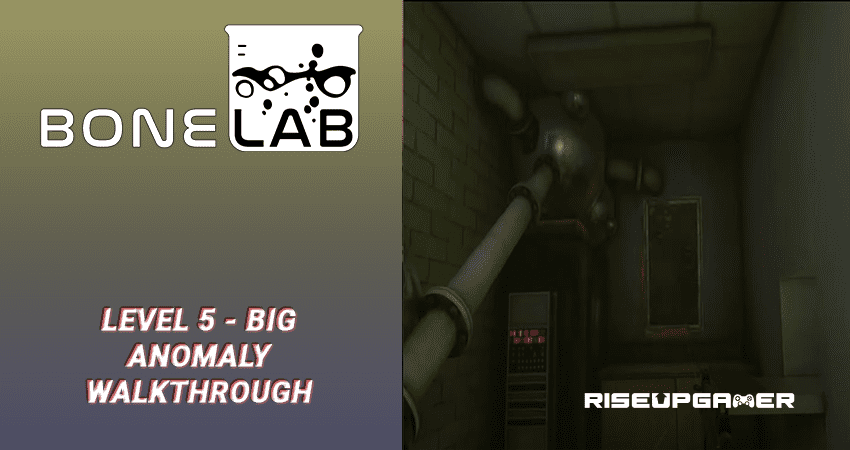 While every level in this game can be taken in many varying ways, we still believe that some of them require a bit more clarity on how they should be traversed. For instance, the game’s 5th level – Big Anomaly.

With that said, here is how you finish the 5th level of the game, Big Anomaly.

The level starts with you in a dark room in front of a door that has “How Rude! Knock First…” written on it.

Do so if you want, but you can just blast right through it.

Behind the door is a long triangular hallway you should walk past on.

Just before the exit, you should see a large crate containing a couple of SMGs and some ammo.

Equip them as you would be taking out some enemies soon.

Near the exit, is an enemy equipped with a Hazmat suit. Take him out with your newly-acquired SMG. Soon after, more enemies should pop up. Blast away at them as well.

This will kick off a thrilling firefight in a hallway filled with large columns for you to use as cover.

Continue shooting the enemies that appear while also moving along the hallway.

Soon you should see a doorway. Go there after clearing out the enemies in the room.

Doing so will put you in a dark corridor that has a fuse box and a vent. Smash away at the vent’s lid to open it.

Once opened, let go of your SMGs for a while and climb onto the vent.

Drop down to the level below and exit the vent from the other side.

This should take you to another room where you would fight off another wave of Hazmat-wearing enemies. Just like before, continue moving along while shooting.

If you find yourself short of ammo, simply smash the boxes you see within the room. They should contain ammo packets for you to then pick up.

After clearing out the wave of enemies, move towards the door as seen from the image above.

Proceed and climb up the stairs to the top.

You should now find yourself in a long, empty hallway. Enter the first room to your right.

There you should see some enemies to take out. Do so with your SMGs.

After dealing with them, take the power battery from the small window opening of the locked room.

Place it on the socket just beside the locked door.

This will give you access to the small corridor. Be wary here. Pay close attention to the closed vent right in front of you.

A spider-like machine would pop out of it, surprising you. Take it out and enter the vent just like you did a while ago.

Be prepared as there are more spider machines along the way.

You should then find yourself in another room with an enemy at the end of the vent path. Take the enemy out.

Proceed further and you should see a large hole that will take you another level below. Go through it and walk through another hallway with a target to blast on.

You should then see an elevated pathway. Immediately to the left of the doorway is an enemy.

Do not let him get the jump on you. Be prepared for a gunfight.

Walk through this path and into another room. There, you should see more spider machines and enemies to take out.

On the corner of this room is a small doorway where you can drop down.

This will take you to another level below. Go to your left and you should see a stairway guarded by several enemies.

Go up the stairs after dealing with all of them.

You should now see another triangular hallway to walk on – reminiscent of the start of the level. Near the end of the hallway, make a left turn.

There, you will find a giant man talking to a microphone with an ‘On Air’ sign right next to him.

After a bit of dialogue, he will give you something and then blast you away to an elevator, ending the level itself.

There you have it! You have now cleared Big Anomaly! This level is full of gunfights so prepare for an action-packed experience. The level’s ending may also catch you off guard, especially with the giant man. That all said, this level was a lot of fun. 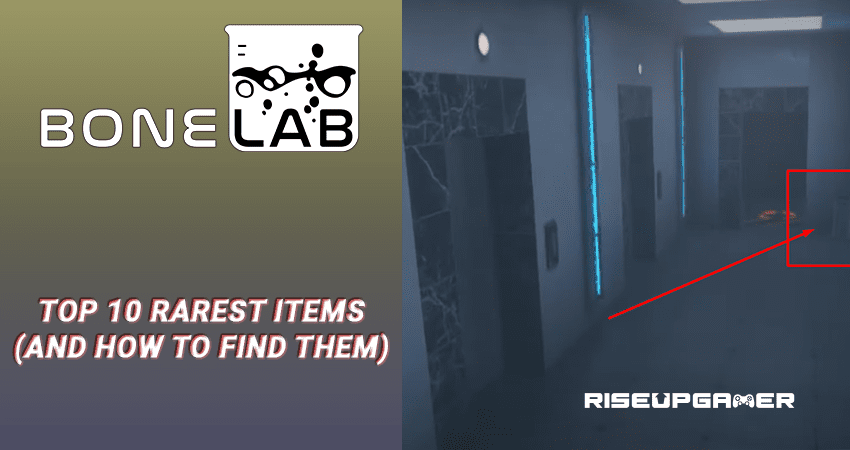 Bonelab: Top 10 Rarest Items (And How to Find Them)
Read next >
Bonelab