BONELAB: How To Unlock The MK18 Holo Foregrip 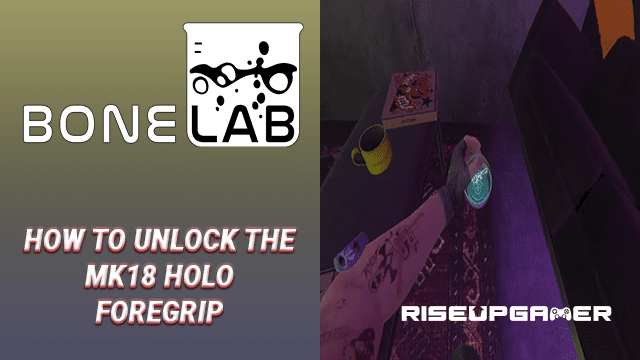 Some new secret dev rooms have been found in Bonelab and they are hiding some new levels and items. The MK 18 Holo Foregrip is one of these items that you can find in these hidden levels.

How To Unlock The MK18 HOLO FOREGRIP – BONELAB

Beginning from the Long Run portion of the Dev Rooms, you will need to lower and cross the drawbridge.

You will notice a doorway to your right after crossing.

Head on through and it will lead to an open area with a couple of enemies shooting at you.

A third enemy will appear after you’ve taken care of the other two.

Climb the pipe to your right to get on the ledge where the first enemy was perched on top of.

Head a bit past their initial spot and you will find a Keycard on the floor.

From this spot, face the wall and use it to climb even higher. At the roof will be a small air vent where you can socket the Keycard into.

This will open a passageway at the top that leads to a small cozy lounge.

Lift the black sofa up so that you can grab the capsule underneath.

Opening it will unlock the MK18 Holo Foregrip! 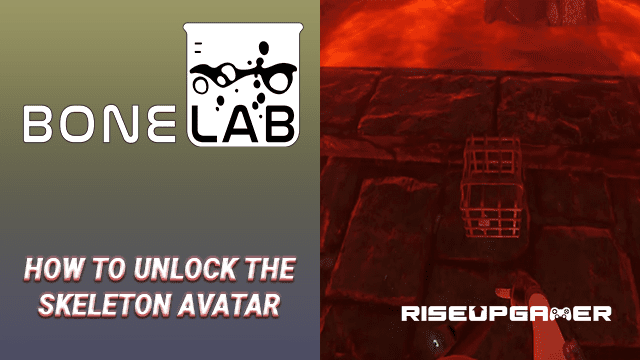 BONELAB: How To Unlock The Skeleton Avatar
Read next >
Bonelab

Modern Warfare 2: How To Unlock The Fennec
Borut Udovic
Undecember: Can You Play Co-Op?
John
Dinkum: How To Terraform
Borut Udovic
Madison: How To Get Through The Tunnel Section
Borut Udovic
How Long is the Minions Movie? Find Out!
Borut Udovic
Latest