This level may feel a bit murky but it is filled with several goodies! 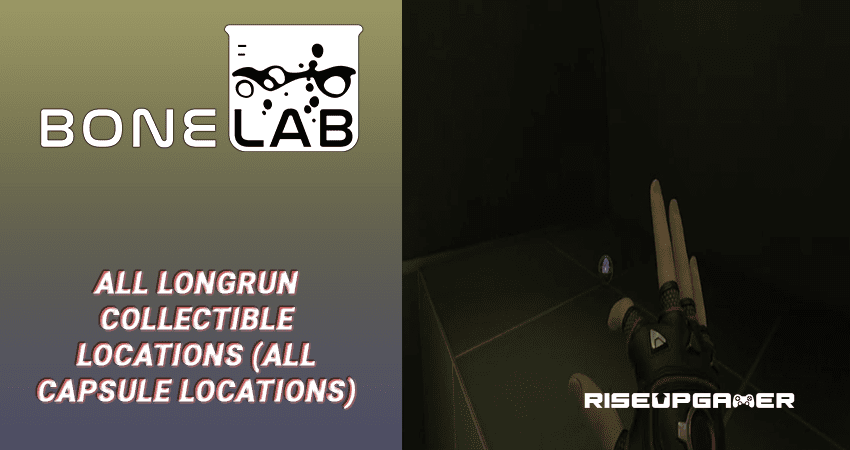 In this game, there are several capsules scattered around its many levels for players to find. These capsules unlock various items that let you customize your gaming experience with BONELAB even more. They vary from new weapons, avatars, props, gadgets, and even model NPCs. Needless to say, it is best to keep an eye out for them every time you play a level of BONELAB.

In this guide, we will be showing you all the capsule collectibles in BONELAB’s LongRun level.

At the very start of the level, look to your right and peek at what’s below the pipes. There you should see the first capsule collectible of the level, the Gym Medicine Ball Prop.

Many players have missed this thinking that the first unlockable would be at least a bit further into the level.

Go through the doorway into a room where you should solve a puzzle. There you’d also have to shoot at enemies. Deal with them first.

After that, look to the left of the room from when you went in. You should see a huge red button. To its left is the next capsule. Climb unto the platform and get it. This unlocks the Concrete Barrier Prop.

After solving the puzzle, go to the next room via the circular entranceway. Squeeze through the obstacles to the right and at the end of it just behind some pipes is the capsule that unlocks the MK18 Naked Weapon.

Going further into the level, you should see an enemy in a large room where several spherical objects are sticking out of a wall. Deal with the enemy and look behind you.

Just beneath the wall and within some rubble is the capsule that unlocks the Null Rat NPC.

Further into the level and through some stairs, you should see a platform to the right that you can climb. It is just beside a brownish pipe. Do so and get the capsule that unlocks the Trashcan Lid Weapon.

Continuing through the level, you should soon find yourself having to solve a puzzle where you need to move carefully by walking on some rails with a big ball.

To the right of this section is a big pipe that leads to a tall yellow ladder. Climb the ladder and on the platform is the next capsule. This unlocks the Roll Ball 100KG Prop.

After going through some pipes and using the wheel to increase the water level, you should see a dark small section with two walls that has holes in them. Focus on the one on your left, assuming that you are in the very middle of the room.

There, lying in the darkness from within the hole in the wall is the next capsule. It unlocks the Gym Torus Prop.

After getting the Gym Torus Prop, clear out the area by shooting at the enemies. At the center of this section of the level is a small on-rail vehicle that you may maneuver.

Move the vehicle a bit forward as directly below it is the next capsule. This one unlocks the Gym Cone B Prop.

Near the end of the level, after pushing a piece of cover to make a walkway, you should see yourself in a large room with several sphere-like objects sticking out of the walls. To the left from where you entered is another platform you can climb unto. It is well-lit and has some greens on it.

Climb up to get to the final capsule of the level. It unlocks the Gym Cube 1×1 Prop.

There you have it! You have now unlocked all the capsule collectibles in the LongRun level. 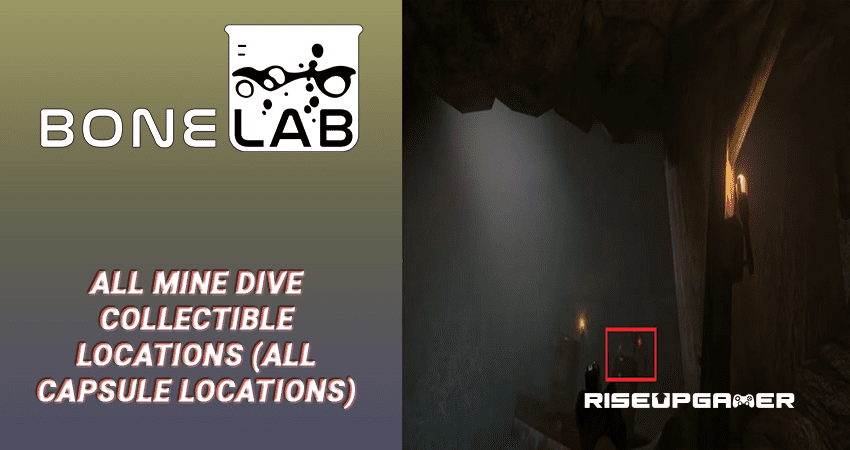 BONELAB: All Mine Dive Collectible Locations (All Capsule Locations)
Read next >
Bonelab