Heard you needed help with which gun to use in Vampire: The Masquerade – Bloodhunt, check this out! 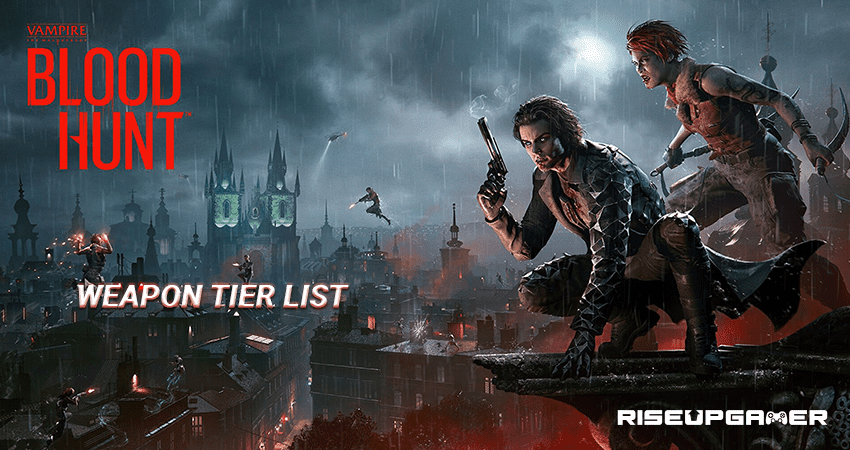 In Vampire: The Masquerade – Bloodhunt there’s a total of 19 weapons in the game. In this guide we will be ranking every weapon from worst to best. Each weapon is different from each other and has different mechanics and fire rates.

Check it out if you want to know what to bring to battle.

Next to the name of every weapon, there will be a rank in parentheses. This rank shows the value of the weapon in question.

The Pistol is the weakest weapon in the game. It is the starting weapon that should be replaced as soon as possible. With a base damage of 15-20 damage, you are better off sneezing on the enemy rather than using this garbage.

The dual crossbows in this game do not shoot normal arrows. Instead, they shoot arrows that emit small explosions that cause explosion damage to anyone near, though the crossbows are not that useful since the accuracy isn’t that great and the rate of fire is low.

The Heavy Crossbow sees the same faith as the Dual Crossbows, it doesn’t shoot ordinary arrows, It shoots small gas grenades that slowly kill people. It suffers from the same rate of fire problem which is why it’s not that good.

The Dual pistols are way better than the garbage starting pistol. They have a higher rate of fire and inflict more damage at close range, although they become weak in long-range fights, so stick to close quarters with this weapon.

The Revolver is a difficult weapon to use, but it’s efficiency at long range outperforms a lot of weapons, plus the satisfaction of hitting a long-ranged headshot is always so rewarding.

The LMG in Vampire: The Masquerade – Bloodhunt is an efficient close-range weapon since the ammo capacity and fire rate are high, this weapon can either shred enemies or tickle them if used improperly.

Entering the B-Tier, our first candidate is the minigun. A slight upgrade from the LMG though not a lot of players really understand how to use it and why.

A very reliable gun with decent accuracy and decent damage, it has 2 modes single fire and burst. People with good aim can use this weapon to it’s fullest potential.

All melee weapons in this game are more or less useless only used as a last-ditch effort.

The Pump Shotgun is just like any shotgun, very strong close range, very weak long-range, but when used to it’s fullest potential it makes an amazing weapon.

(A) Sniper Rifle and Marksman Rifle

The Snipers in this game are nuts, since they are hit scan weapons they are very accurate and inflict high outputs of damage at long ranges.

The silenced SMG is one of the best weapons to have as a sidearm, it’s high outputs of damage and rate of fire are a great lifesaver.

The Tommy gun is a full-on better version of the silenced SMG, it has the biggest advantage at close-range with its bigger ammo capacity and its rate of fire.

The Assault rifle is a must-have in your inventory, especially at higher levels, it’s the most versatile weapon in the game.

The double Barrel Shotgun does not differ much from the pump shotgun with its basic variant. But when the rarer options provide a tighter spread which helps with some longer-range damage. This is why it’s better used to finish off enemies right at you.

There you have it, all the weapons rated, enjoy. 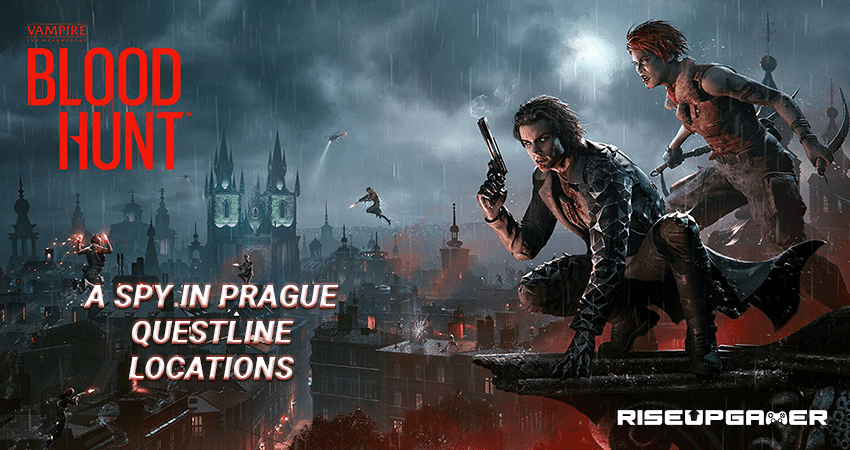 Bloodhunt: A Spy in Prague Questline Locations
Read next >
Bloodhunt