Bloodhunt: Best Class To Use

Check out this list of best classes that you should choose in Vampire: The Masquerade-Bloodhunt! 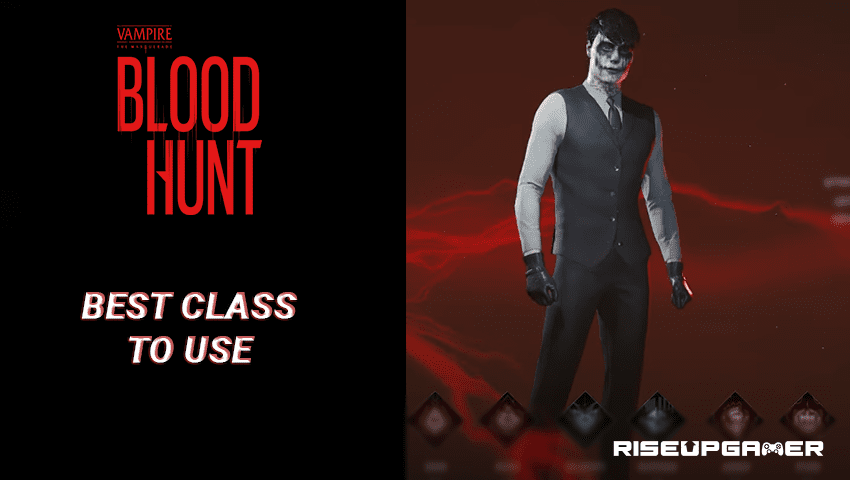 Vampire: The Masquerade-Bloodhunt has now been released and there are six different classes available for players to choose from. In this guide, we will tell you the best classes to choose in the game.

Bloodhunt: Best Class To Use

There are seven different classes in the game called archetypes with each one of them belonging to a clan. They possess three abilities which include a clan skill shared by all members of the clan, a passive skill which is always activated and an archetype skill which is unique and varies from class to class.

Now it’s time to list the best class that you should pick in the game:

1. Brute: It is one of the best archetypes available since it is easy to master and highly effective in 1v1 combat..Belonging to the Brujah clan, their clan skill is called the Soaring Leap which allows them to perform a powerful jump forward to move forward so they can trick their enemies and dodge bullets.

The passive skill called True Grit will restore half of your health when you are not taking any damage. Finally, the Archetype skill called the Shock Wave Punch as the name suggests will release a strong wave that will help you deflect bullets.

It is one of the best classes because it is easy to master and use making it perfect for beginners in the game. The Soaring Leap can help you navigate through tricky places such as rooftops while the Shockwave Punch will allow you to engage in melee combat with the enemies.

2. Vandal: Another archetype that belongs to the Brujah clan with a heavy focus on melee combat thanks to her enhanced durability and aggressive abilities.

Similar to the Brute archetype, you will be able to perform the Soaring Leap movement skills to jump forward and move out of sticky situations.

Meanwhile, the Earth Shock archetype ability will ensure that you can jump forward onto the ground and hurl your enemies into the air.

Thanks to the passive ability called Adrenaline Rush, you will be able to gain damage resistance when you are close proximity to your enemies and it also lets you know if there are enemies in the area making the ability active.

By using the Soaring Leap and Earth Shock abilities, you can easily navigate through rooftops and then jump off to slam your enemies into the ground.

3. Prowler: If you like hunting your enemies then you should check out the Prowler which belongs to the Nosferatu clan.

By utilizing the clan skill, you can turn invisible and move rapidly for a short period of time. This can be especially helpful if you wish to reposition yourself or escape the wrath of your enemies.

The passive ability called Sense the Beast will allow you to track the trails of severely wounded enemies so you can follow and hunt them.

Finally, the archetype ability called the Scouting Famulus allows you to send bats to scout an area and reveal the location of your enemies nearby even through walls.

They can be really great at tracking down and hunting enemies so you can follow them wherever they go resulting in relentless cat and mouse chase.

If you bring a sniper along then you will be easily able to use Scouting Famulus to sense enemies nearby and find a good spot to snipe them.

However, they can be pretty hard to master and you will need to communicate with your teammates from time to time to make the most of their abilities.

4. Siren: Siren is an archetype with one of the weakest archetypes with regards to offence and defence capabilities in the game. However, these Toreador clan archetypes can instrumental in turning the tide in the favour of your team if learn to master them.

The clan ability called Projection/Dash allows you to send a projection of your character which you can teleport to. This can be helpful if you are engaged in an intense close combat firefight and want to escape it.

While the passive ability called the Kindred Charm will influence the civilians in your proximity to make them friendly towards you and your team so you can eat them without revealing yourself.

Finally, the archetype skill called the Blinding Beauty which as the name suggests can blind and cause damage to enemies present nearby.

If you manage to time all these abilities then you can easily melee your opponents. You can use the dash ability to minimize the distance between you and your enemies and then use the Blinding Beauty to flash them and easily slash their heads to gain some sweet victory.

1v1 combat scenarios are where the Siren shines the most however it can be pretty hard to master so it might take some effort before you can use it effectively.

5. Enforcer: The Enforcer is a tank archetype belonging to the Ventrue clan in the game. The clan ability called the Flash of Marble will allow you to become invulnerable for a short period of time by hardening your skin cells.

This ability is only active as long as you don’t attack someone in the game. Its passive ability called the Subjugating presence will allow you to slow enemies in your vicinity and alert you about their presence.

It can be really helpful as you inform your teammates if there is an enemy present nearby giving you the edge during the final moments of the game.

Finally, the archetype ability called the Unyielding Charge allows you to distract your enemies by rushing forward and dealing some damage.

This will also silence the enemies so they can’t use their Vampiric powers when they are affected.

Overall it can be a good choice if you wish to support your team with a tank and grab the attention of your enemies so they can get distracted while your teammates attack them.

While they are some other classes available in the game, we don’t suggest choosing them as they are mostly average in comparison to the ones listed above. That’s it, now go ahead and master these classes to get your team to the winning side! 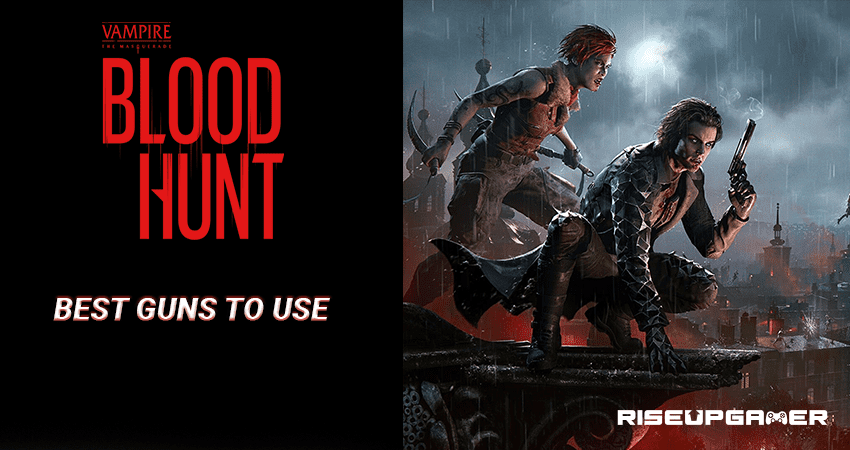 Bloodhunt: Best Guns To Use
Read next >
Bloodhunt
Latest