There are plenty of amazing ROG games that you can enjoy playing on your Mobile! 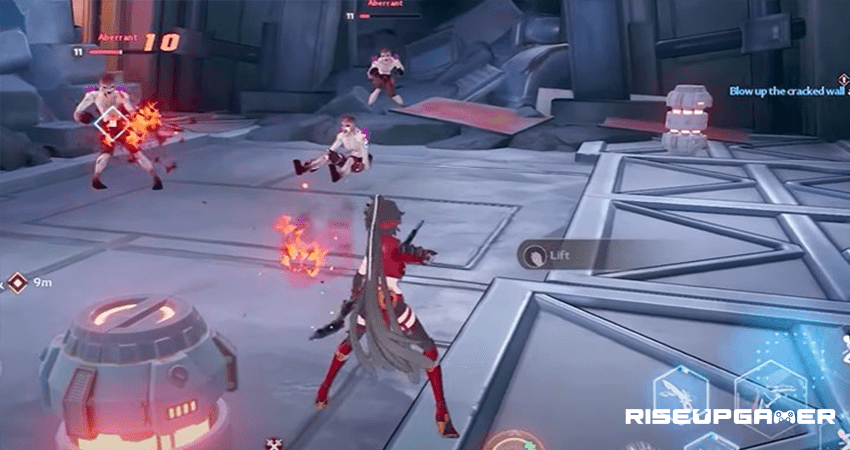 After a long day, or while traveling, you can sit down and play some of the best RPG games on your mobile. No need for an expensive PC or a console to play these games, because all that you can have on your personal mobile in your pocket, enjoying the same gameplay with the amazing graphics.

In this guide, we will show you the updated list of Best RPG Games For Mobile at the moment!

Titan Quest is a classic RPG game. In this game, you will go around exploring the map and slaying mythological beasts, and collecting rare items to upgrade your hero. You will interact with a variety of monsters, explore the ancient civilization and become a master of a variety of combat skills.

This RPG game is offering over 60 quality hours of content and you will have a lot of time to explore its frenetic combat system and open world.

This is the right RPG game for creative gamers. It has a full drawing inspiration from Minecraft, and it combines the mechanics with classic RPG tropes. It is a great sandbox experience beyond building elaborate structures. Portal Knights strikes a careful balance between the two genres.

In this game, players are going to defeat a lot of bosses, unlock new skills, explore treasures, and complete exciting events while having the freedom to explore and build their own base.

Eternium is an RPG game for those players who enjoy the original fantasy and classic RPG experience. This game is a real comfortable enjoyment on the mobile with its tap-to-move controls which are surprisingly intuitive.

You will have to slay tons of skeletons and loot the dungeons to obtain rare items and upgrade your character to the max.

There are a lot of RPG games with mechanics present in puzzle games, rather gimmicky integrated into the regular flow of gameplay. Hero Emblems is the best choice for a great example of how to create a puzzle RPG game.

You will have to match a lot of icons if you want to deal huge damage to your opponent and unlock the next even harder stages. It makes this game one of the better RPGs that players can enjoy on their mobile phones.

Players can summon characters from other Final Fantasy titles, and build a party of five units. Characters are presented in a pixel art style, and the game features exploration through towns in a classic RPG style.

Genshin Impact is one of the newer titles on this list, and it tops all the best mobile RPG games when it comes to presenting open-world settings, anime-style characters, action-packed and versatile gameplay, and much more.

This is a great chance to play it on your mobile phone and jump into the world of Teyvat in Genshin Impact which has guaranteed hours of enjoyment. You will have a lot of fun while exploring the open world, doing amazing quests, and fighting against unique monsters in order to get some of the rare and unique items.

This game every day is getting more popular and it is a must-try for all RPG fans.

Evoland is based on the concept of tracing the evolution of video games because on the beginning of the game, there are only four colors, simple pixelated graphics, and your 2D character. Through the adventure, as you progress the game, you will unlock new graphics, new technologies, and new gameplay until reaching the HD age and a 3D world.

Players can move in a world made up of dungeons, caverns, forests, and villages full of NPCs, while collecting game currency after each battle, and spending in towns to purchase additional items and upgrade their character.

Believe it or not, you can play with your favorite Looney Tunes characters such as Bugs Bunny, Duffy Duck, Porky Pig and more for some funny and hilarious hijinks in the Looney Tunes RPG game, full of fast and furious turn-based combat scenarios.

This is a real game that will bring you back to the childhood and have a lot of fun while playing on your mobile phone.

In Monster Hunter Stories you will group up with a crew of hunters and fighting till your last breath against the most amazing beast you will ever see in a RPG game. The game revolves around forming close bonds with Monsties and battling a horde of creatures that Monster Hunter fans will enjoy on their mobile phones.

You can play a single-player campaign and also get into a multiplayer engagement with the PvP online network battles mode.

Raid: Shadow Legends is a freemium and fantasy-themed mobile game. The game’s story takes place in the fictional realms and the players take the role of an ancient warrior resurrected to defeat the Dark Lord in order to restore peace and harmony to the territory.

The game consists primarily of a story-driven single-player campaign with twelve levels, each level made up of seven stages with four levels of difficulty. Players will participate in hard-fought battles with formidable sorcerers, elves, knights, and the undead.

Take your phone and try it now if you want to have plenty of fun in the PVE campaign and PVP arena modes in RAID: Shadow Legends.