By Borut Udovic
Check out the Best Ayaka Build in Genshin Impact! 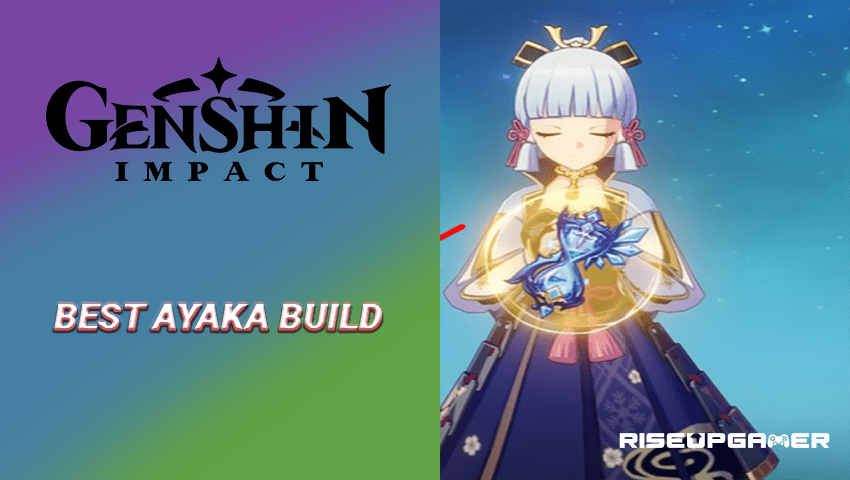 If you are looking for the best Genshin Impact, Ayaka build is definitely the one. This build was introduced in the 2.0 update of the game. It was initially playable in the beta version back in July 2019. Unfortunately, Ayaka build become one of the highest-ranking characters in Genshin Impact. Ayaka hails from the Inazuma region, together with Kazuha, Yoimiya, and Sayu, she is also a five-star Cryo sword wielder.

In this guide, we will show you the Best Ayuka Build in Genshin Impact!

Ayaka is an amazing Cryo character who can permanently freeze enemies and dish out tons of damage with many different teams and builds possible.

A lot of her playstyle is defined by her unique dashes, which will actually infuse your normal attacks and charge attacks in Cryo.

When Ayaka pops out of her unique dash, she applies Cryo onto enemies and also, will infuse the attacks with Cryo, because all of Ayako’s attacks are basically Cryo, allowing you to spam your charge shock and do pretty good damage, and permanently freezing enemies when paired with hydro support.

Elemental burs is an insane ability that unleashes a snowstorm in front with an incredible scaling on every single hit.

It is most recommended to play a freeze Ayaka style, as that is how you get the most value out of her kit.

Her artifact sets are pretty straightforward. There is a 4B set that is designed for Ayaka, which can permanently freeze enemies and capitalize on the insane bonuses of a 4-piece blizzard sprayer. It is a very strong set for any character who can utilize it efficiently.

Blizzard Sprayer will give you Cryo DMG Bonus 15% and the 4-piece set is straight-up overpowered giving you a total of 40% critical rate, 20% against characters affected by Cryo, and another 20% against the enemies that are frozen.

For Ayako, as with most DPS, you are obviously looking to maximize your damage. In order to do that for Ayaka specifically, since you generally running the blizzard set which gives a ton of crit rate, you will also gain some crit rate from the Cryo resonance.

The most important thing that you need on your Ayaka is enough energy recharge to be able to use your burst reliably on cooldown as it is a significant part of your damage.

In fact, crit damage is typically the best DPS and more recommendable option. Attack percent can sometimes be better if you already have a ton of crit damage, or if you have better sub statistics.

Amenoma Kageuchi is a really good free-to-play option. You can craft and refine this weapon for free at the blacksmith. It is a weapon that gives you a lot of attack percent and a really good effect restoring your energy.

Not only the attack percent is very important on carries like Ayaka, but also its effect will passively give you some energy. Because of that, this weapon is very good and especially the more you need the energy that it gives you.

The next weapon, is the five star weapon, the Blackcliff Longsword. This weapon is mostly recommended if you don’t need that much energy, but need a lot of crit damage.

The Mistsplitter Reforged is the best weapon for Ayaka as it suits her perfectly. It has an insanely high base attack, and crit damage on the statistics which is amazing but also has a really good effect giving an elemental damage bonus straight up and even more every time you stack it.

If you want to trigger the freeze elemental reaction, your party needs to have a Hydro character like Mona who is generally one of the strongest choices. Xingqiu is also a good option because he can easily apply Hydro with his abilities.

All the Ayaka’s elemental abilities have a high energy cost, and because of that, you need to include a supporting character on your team that can quickly build energy for you. For this, we recommend someone like Diona or Venti as these characters synergize well with Cryo characters and offer plenty of recharge.