Check out this complete list of the best open-world games for low-end PCs! 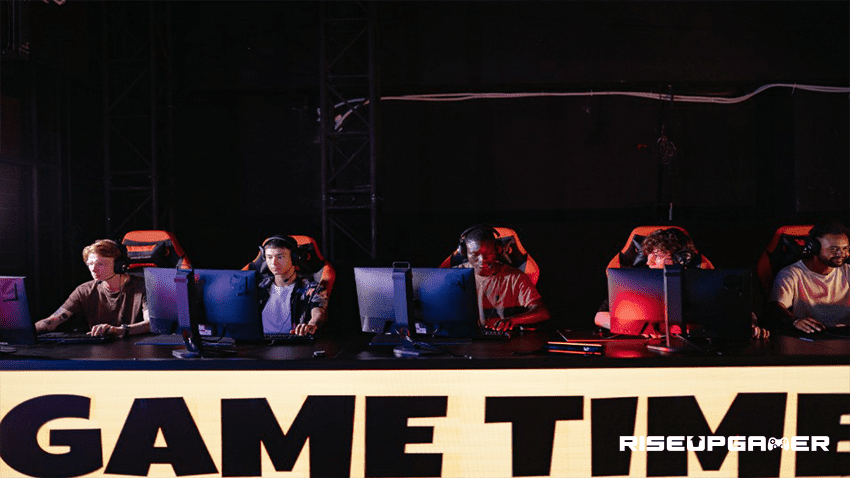 Check out this complete list of the best open-world games for low-end PCs!

Open-world games are like the bread and butter of the gaming industry because everyone loves playing them. Whether it is swinging through skyscrapers in Spiderman or shooting gangsters in GTA, open-world games offer plenty of content that can easily last for hours.

Today we will tell you about 15 such open-world games that you can play on a potato PC so you enjoy them even on your office computer, just don’t let your boss catch you playing at work.

This guide will tell you about the 15 best open-world games for low-end pc.

Much before the release of Spiderman Remastered on PC, players were able to play as their favourite web-shooting superhero in The Amazing Spiderman.

Released in 2012, this game offers fans to explore the streets of Manhattan and complete missions and side quests as their friendly neighbourhood Spiderman.

With a great storyline, memorable characters and a satisfying combat system, this game will remind you of the Batman Arkham series with some cool abilities like web-swinging and wall-crawling.

Prototype 2 is another superhero game where you play as James Heller who is on a mission to destroy the Blacklight virus and seek revenge for the death of his family.

Your character has some cool shapeshifting abilities that allow him to assume the identity and memories of other people. For example, you can take the role of a soldier so your enemies get afraid.

There are also other superhuman powers such as infinite stamina, fast speed, leaping and gliding through buildings and destructible environments so you can smash everything.

Combined with a fast traversal system that allows you to jump on buildings and smash vehicles as well as a flashy combat system that can last for hours of fun.

If you like racing games then you should definitely check out NFS Most Wanted as it allows you to race against other players in a highly detailed open world of the city of Fairhaven.

With different types of street races and over highly detailed 60 licensed cars for players to drive, it offers hours of gameplay for you to enjoy. Just like the original Most Wanted game released back in 2005, there is a most wanted list of 10 racers that you can compete against to win their cars as a part of the pink slip system

It is an easy recommendation if you are a fan of the Need for Speed series and just wish to spend your weekend racing without worrying about the story or missions or other stuff that most open-world games generally offer.

Developed by Criterion Games, the same developers who created Most Wanted, Burnout Paradise offers players a more fun and relaxing approach as they race through the open-world streets of Paradise City.

With an advanced damage system and plenty of different types of racing modes including Cops and Robbers, it’s a unique racing game that you should definitely try atleast once.

The Assassin’s Creed series has taken a major shift in recent years in its gameplay approach, moving from stealth-based combat to complex RPG elements complete with dialogue and levelling system. Fans of the franchise have been upset about this change as they prefer the linear stealth-based combat and linear missions that the older games had.

AC II is the perfect example of this as it offers players the ability to explore the open world of 15th-century Italy during the Renaissance following the story of Desmond Miles as he relives the memories of his ancestors.

With linear stealth-based gameplay with hack-and-slash combat, this game will provide you with the original AC formula that can easily last for hours of gameplay. Wall climbing, parkour and an Eagle to help you mark people and landmarks, you will be able to experience one of the best stories in an Assassin’s Creed game.

Developed by Rockstar Games, known for popular open-world titles like GTA and Bully, LA Noire puts you in the footsteps of detective Cole Phelps as he solves different cases in the Los Angeles Police Department.

This third-person open-world game offers a unique take on the genre as you explore Los Angeles and solve various cases to rise up through the ranks. You will need to discover evidence, crime scenes and clues, interrogate suspects and investigate leads as you drive from one location to another to get your answers.

If you love solving crimes and catching criminals like Sherlock Holmes then you should definitely check out L.A Noire as it is a highly underrated game.

Skyrim is a game that needs no introduction as it has been released countless times over the years and most people already know about it.

It is the game that brought the open-world RPG formula to the masses with mechanics like character creation, deep dialogue systems, detailed quests and skill systems that other games have tried to emulate.

You can play it either in third-person or first-person perspective to explore the world of Skyrim and embark on various quests and adventures as you meet the different NPCs.While the graphics might not look that great, the gameplay definitely is interesting which made the game one of the best-selling video games of all time.

With the recent Saints Row Reboot being a complete disaster due to its annoying cast of characters and repetitive gameplay, fans of the beloved franchise might find some solace in Saints Row 3.

Set in the fictional city of Steelport, this open-world game puts you in the shoes of the leader of the 3rd Street Saints who have now become known celebrities and influencers. You will need to fight against an international criminal organisation called the Syndicate and a paramilitary organisation called S.T.A.G to restore the glory of your criminal empire.

The game is similar to GTA where you need to complete various missions, purchase different properties, drive fast cars and earn money as well as respect to increase your influence and territory. The Saints Row series generally offers a silly and humorous take on the open-world genre compared to the more serious tone that other games generally have.

If you love causing chaos and destroying enemy bases then Just Cause 2 is the perfect game for you. The game follows the story of Rico Rodriguez who is one man army tasked with the objective of overthrowing the dictator Pandak Panay of the fictional island of Panau.

There are plenty of missions for you to complete as you infiltrate enemy bases, complete faction missions and earn chaos by destroying government property.

Your character has a wide arsenal of guns and weapons that allows you to cause endless destruction and a grappling hook to tether to objects in the environment. It’s a really fun game that can easily last for hours and doesn’t require a lot of processing power to run.

The Batman Arkham series of games is must play for every fan of the black cape-wearing superhero as it allows you to explore the streets of Gotham City and take on legendary villains such as the Joker.

You take the role of Batman as you beat up criminals using your stealth abilities and gadgets to complete story missions and side quests.

The game even allows you to use your cape to glide freely around the city as well as the grapnel gun to reach ledges that are out of reach. It is a must-play title that many people consider one of the greatest video games of all time and has even received many awards including the Game of the Year.

Just like other AC games, it follows the struggle between the Templars and Assassins Brotherhood as they fight to protect peace and order during the French and Indian War.

It is the first game where you can play as a Templar but with the skill set of an Assassin using new skills and weapons such as rifles that will help you in ranged combat. The game also features naval combat where you need to navigate through the waters of the North Atlantic and protect your ship The Morrigan.

Originally released on consoles and then ported over to the PC, Grand Theft Auto IV offers players a dark and realistic story set in the highly detailed streets of New York City.

It follows the story of Niko Bellic, an eastern European immigrant who sets foot in America to escape his past and look for a fresh start with better opportunities. The story of the game is starkly different from other games in the series such as GTA 5 where players control three different protagonists.

It is the first GTA game that brought realistic vehicle handling and pedestrian physics similar to newer Rockstar games like Red Dead Redemption.

Just like every other GTA game, there are missions to complete, characters to meet, side activities to perform and hours of content that you can enjoy. There are also 2 single-player expansions: Lost and the Damned and The Ballad of Gay Tony both of them having new protagonists and characters.

The Far Cry series is known for offering highly detailed open-world locations with a first-person perspective and Far Cry 3 is no exception.

It follows the story of Jason Brody who goes on the fictional Rook Islands for a vacation and gets kidnapped by pirates and now needs to save his friends and escape from the island.

Just like every other FC game, you need to clear various enemy bases, complete different activities, acquire new weapons and use vehicles to travel from one location to another.

Far Cry 3 is regarded as one of the best games in the series because of its main villain Vaas Montenegro who has done an amazing job with the dialogues and story.

Sleeping Dogs is a highly underrated open-world set in Hong Kong where you play as undercover cop Wei Shen who has infiltrated the Sun On Yee Triad organization.

The game offers a unique take with a major focus on martial arts and melee combat instead of guns and other weapons.

There are plenty of missions, side quests and other activities for players to complete and a combat system that works similar to Arkham Asylum with attack and counter moves to perform.

Mafia 2 is the second instalment in the popular Mafia series where you follow the story of Victo Scaletta in the fictional city of Empire Bay as he attempts to pay his father’s debt and secure a better life for his family.

It is one of the underrated titles with a great story that leaves you in tears and awe by the end of its runtime. While it is an open-world title, the missions are mostly linear and you can only explore the world while travelling from one location to another. Most of your time will be spent either driving or shooting but the story is well worth your time.

That’s it, these are all the open-world games that you can easily play on your low-end computer!