Time to automate your railway system in Astroneer! 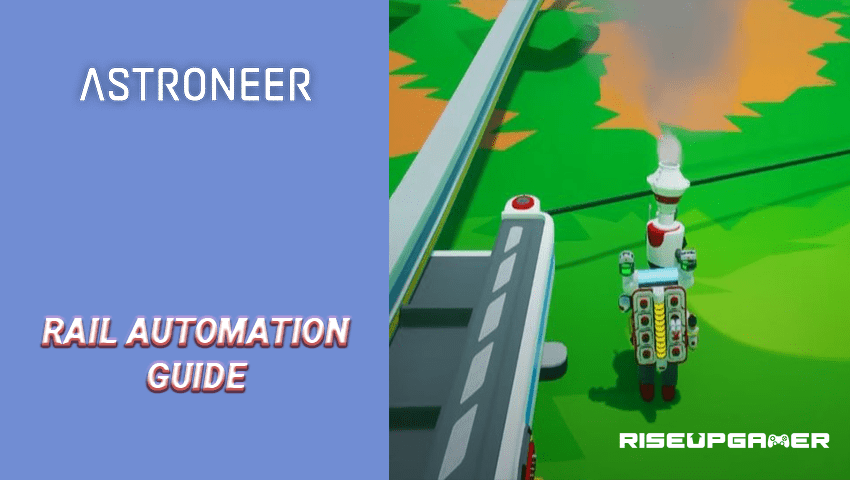 Astroneer is a sandbox adventure game where players can colonise entire planets by exploring outer space, creating structures and managing resources. This guide will tell how to automate your railway system in the game.

Before automating your rail system, you must have a basic railway system with at least two stations and one rail car. One of the stations should function as the input portion where a resource is manufactured and then loaded onto your trains and another station as the output portion where resources are delivered through the train and then unloaded.

The purpose of automation is to load this train at station A and then unload it at station B and make it automatically return to station A where it can be loaded again to repeat the process.

This will result in an infinite loop where the rail car is transporting resources from station A to station B and if you wish to stop it then you will need to stop the rail car or remove the storage sensor. You can speed this process up by putting a rail engine to it and it will deliver the goods even faster.

Make sure that the pickup reticle covers the entire width of the train otherwise, the goods won’t be loaded correctly or the items won’t be picked up properly. You might need to alter the auto arm pickup if it’s not functioning correctly.

If you need more storage then you can put a larger storage container on the train such as a resource canister or simple storage or a combination of both. This is a nice way to transport items from point A to point B

It’s time to look at a more sophisticated automation example where we have one station with large storage containers with the settings to set to stop all cars and unload all stopped cars.

When the train arrives here fully loaded, the auto arms will pick up the items and unload them and then the train proceed further.

We have sensors such as the button repeater and delay repeater with the delay repeater set to max and the pin set to the railway station. This sensor tells the rail station to send the car to the next destination once it receives a signal.

The next destination is another rail station which is set to stop all loaded cars and then load those cars. We have our resources waiting to be loaded on this station and the same set of sensors, the button repeater and delay repeater attached to it. These sensors also tell the train to head to the next destination after they receive a signal.

There are many such stations on the rail lines with the same set of sensors and instructions that automate the entire process of running the railway system. As long as there are things to pick up, it will load them up and if there’s nothing to load then the train will continue further until it reaches the unloading station.

One thing to note is that there is a bug with the delay repeater and button repeater not functioning when the train is out of the draw distance. You will notice that each rail station has a pin that transmits the signal as soon as the train arrives.

However, due to the draw distance bug, the signal doesn’t get transmitted and the sensors don’t work properly. To fix this, you will need to put the button repeater and the delay repeater on the ground and grab one of the target pins from the rail posts to attach it to one of the sensors.

You will need to do this for each station to fix the draw distance bug and activate the sensors. The train will now function properly regardless of the draw distance and the automation system will work correctly.

Next are the rail posts which also happen to have some kind of activation sensor on them that transmits a signal once something passes over them. You can use them to activate items like Foghorns or Auto Arms once the train passes over the rail post. For example, we conserve our power by setting the auto arms to be activated only when the train pulls into the station.

Next move to our last example where we will be using two rail stations, one of them to load the goods and another to unload just like the first scenario. In this case, we wish to call the train to the station only when the storage of the input section (loading station) is completely full and then wait until it gets filled again.

As soon as the storage of the loading station is full, it will call the rail car and then send the signal to send it to the next station where it can be unloaded. After the rail car reaches station B where it gets unloaded, it will need to wait for the storage of station A to be completely full before the entire process gets repeated.

To set this up, we are using a storage sensor on the station set to full which is connected to a segment pin that goes back to the station that calls the car. It also has a pin connected to the delay repeater that transmits back to return and sends the car out.

The purpose of this example is to make the train function only when the storage is full at station A and then deliver to station B carrying a full load. You will need to turn off the rail extending feature at both stations for the automation process to work properly.

That’s it, now go ahead and automate your railway system to make things easier! 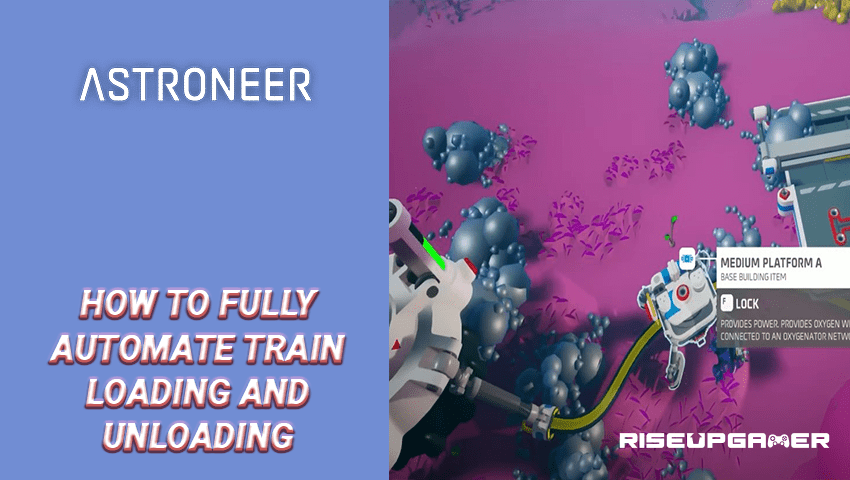