Asterigos Curse Of The Stars: Where To Find The 4 Mercy Maiden Keys

Find all 4 Mercy Maiden Keys to unlock the Gate of Aegis! 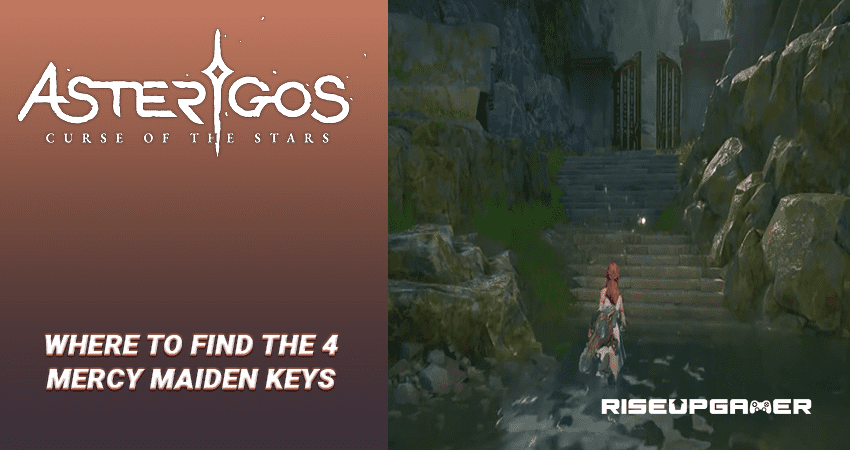 Asterigo: Curse of the Stars is an action RPG that puts you in the shoes of Hilda, a brave young warrior from the Northwind Legion who is on a quest to save her lost father in the cursed city. There are plenty of quests and side quests for you to complete as you embark on your journey and fight against various types of enemies.

This guide will tell you how to find the 4 Mercy Maiden keys in the Sunken Outskirts area of the map.

There are a total of 4 keys that need to find and the first one can be found by heading along the left path to enter the Dragonvine Gorge.

Be careful of the enemies in the cave and then go straight past the giant rock.

Climb the ledge along the mountain where you will find a creature you can kill to get an extra attribute point. Turn right and then jump across to collect the first Mercy Maiden Key.

To find the second key, you need to equip your Throwing Dagger and use it on the wooden bridge above you.

This will make the giant rock fall down filling the gap and allowing you to proceed further.

Apart from this, you will also need to fight an enemy here which is a part of the Mercenary quest that you will receive later.

There is also a Magic Chest that you can find here which can be broken only with the Astral or Magic Enchantites.

Once you have collected the chest, use the Fire Enchantites to remove the vines on the ladder and get on the wooden ledge.

Break the tree to create a bridge and proceed further along the way. Eventually, you will reach a closed gate protected by a guard called Vangelis who will ask you for the Mercy Maiden keys.

This is the location that you need to visit after collecting all the keys.

Next, you will enter an open area with a shrine after a short cutscene and you will need to enter the shrine through the door on the right passage.

Head down the stairs and you will find the second key lying in the middle of the staircase.

Exit the shrine and you will notice that there is a gate in the distance that you can go through and this will lead you to another special encounter with an enemy.

Asterigos: How To Level Up Fast

Once you are done with the fight, you will need to climb a wall and you will notice a wooden bridge there with some rocks on top. Use the Throwing Dagger to bring down those rocks and it will give you access to a hidden chest on the right side.

After you jump down, you will notice that there are two pathways: the one on the right goes towards the village whereas the other is blocked by vines where you can fight some enemies and you will need to visit it later.

Take the road towards the village and kill all the swamp creatures that you encounter along the way.

Once you reach the Hunters Camp, climb the wall on the left and go all the way to the top.

Cross the bridge and talk to the huge guy in the armour to get a side quest. Completing this side quest will reward you with the third Mercy Maiden key.

The first quest is to give supplies to all the houses present in the area. There are a total of 4 houses that you need to visit and knock on their door to give them supplies.

You will need to give supplies to a lost person who can be found just below the huge armoured guy. Climb down using the ladder and talk to the purple guy shown above to give him supplies.

The second quest given by Odysseus requires you to collect some eggs and you can obtain those eggs by killing some creatures around the map. He will also ask you to kill the beast that you encountered in the beginning so if you have already defeated him then you don’t need to worry.

Once you have started the quest, he will ask you to meet him at the Rosemead Winery which is the area blocked by vines by taking the second path near the village mentioned earlier.

Here you need to collect the story item and return back to Odysseus.

Return back to the village and then take the path on the left to reach the locked Gate of Aegis. You will find an injured Vangelis standing on his knees and the gate open for you to proceed further.

That’s it, you have successfully found all 4 Mercy Maiden Keys in Asterigo! 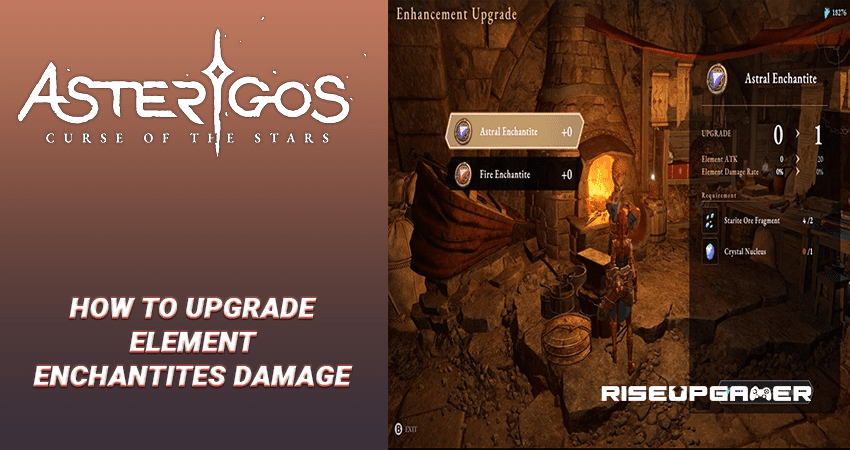 Asterigos: How To Upgrade Element Enchantites Damage
Read next >
Asterigos Curse of the Stars