Explore the lost city of Aphes in Asterigos: Curse of the Stars! 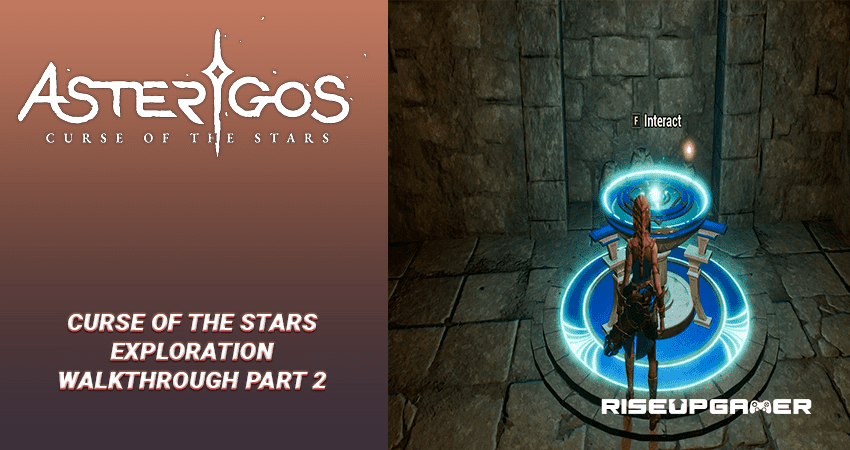 Asterigos: Curse of the Stars is an action RPG that is inspired by a combination of Greek and Roman mythologies. Player’s follow Hilda, a young warrior of the Northwind Legion who has arrived at the breathtaking city of Aphes looking for her missing father and his men. Asterigos: Curse of the Stars currently has a demo out on Steam, with a planned release date of October 11, 2022. The environment of Aphes hides a lot of collectibles and treasures.

Here’s a guide to Asterigos: Curse of the Stars!

Achieving 100% in the game means finding all of the collectibles and treasure chests and getting their achievements.

For example, finding every conduit awards the player with the “All Roads to Aphes” Achievement.

These are points where Hilda can rest. There are 4 conduits in this level of the game

The first Conduit is unlocked by default and will be at the starting area.

The next conduit can be found by following the path and heading up a long ladder and into a hallway.

In the room where Quintus gives Hilda the Fire Enchantite will be a corridor blocked off with debris.

Destroy it and behind you will find the next conduit.

The last conduit for this level can be found in the hallway leading into the Inner City Rampart.

There are 4 treasure chests to look out for.

Outside of the house with the “A Crawling Monster” Echo will be a treasure chest.

This chest is outside hidden behind a destructible wall.

There will be a wall near a cliff that hides a treasure chest behind it.

The last chest will be in a hole on the wall inside one of the wooden settlements.

Echoes are dialogues from NPCs that Hilda can listen to. There are 3 to be found.

After exiting from the area with Conduit #4, outside will be the “Instigation” Echo.

Progressing more through the level, you’ll find the “A Crawling Monster” Echo inside one of the houses along with a few enemies.

The “Resonator Speech” Echo will be directly outside of the Saintess Shrine.