Here you can learn all the mechanics of Hjalmgunnar and defeat the Gardhr Narjalrls Boss in Assassin’s Creed Valhalla! 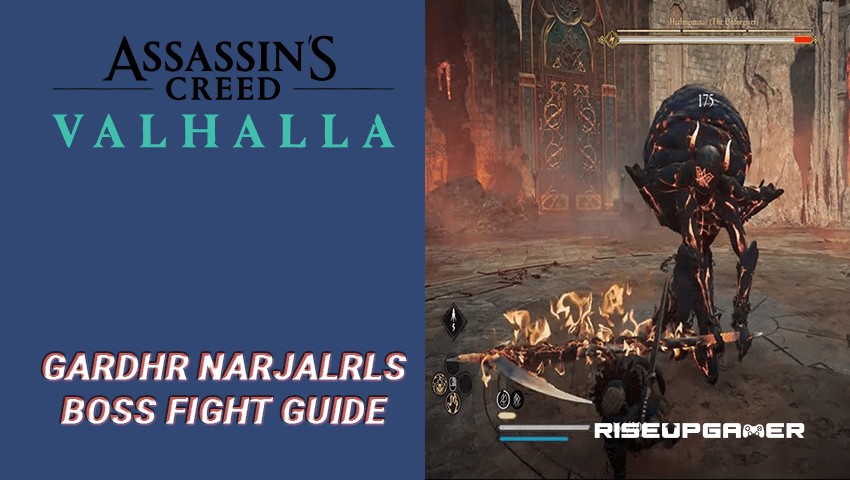 Assassin’s Creed Valhalla has recently been updated with a new free DLC, The Forgotten Saga where players will enjoy the quests and encounter plenty of new bosses. Hjalmgunnar is the second boss that you will encounter in the Forgotten Saga, who is preventing Odin from Venturing further into Hel’s domain.

In this guide, you can check all the details on how to defeat Hjalmgunnar, the Gardhr Narjalrls Boss.

Before the boss fight, you need to find Hjalmgunnar who is located in the Gardhr Narjalrls area which is shown on the image below.

Because this boss is dealing fire damage, it is highly recommended to wear fire-resistant armor.

However, he is quite an easy boss to fight and his weakness is Electric-based attacks.

Knowing that you should have a weapon or use abilities with electric attack in order to deal the most damage and defeat him faster.

But, anyway it’s not the only way to defeat him. You must know some of his mechanics if you want to win this boss fight.

At the beginning of the battle, Hjalmgunnar will be attacking you with a large scythe which is his main weapon, and all of his attacks are melee performing a slice away at you.

First, he is going to do a two combo hits on you with his scythe from both sides.

Because his weapon is long, it has a bit large melee range and you must roll back and be fast running to the sides to avoid this attack.

Once he stops, he will lay low on the ground the scythe will circle him dealing a huge damage around him.

You have to quickly dodge this attack by getting away once you notice him standing low on the ground.

Using your melee attack will hurt him the most, but at the same time he will deal decent damage to you. You can use your bow if you don’t want him to hit you most of the time but like this, because of the lower damage from the bow, the fight might last a bit longer.

Hjalmgunnar will also leap into the air and perform a heavy attack downward with his scythe.

By using your ax melee combo attacks, you can easily drop his health bar because at this time he is briefly vulnerable. He can use his large orb at his back to move faster but it will be easy to dodge.

Once his health is low, he will jump away from you and the orb on Hjalmgunnar’s back will open up, and now he will start using ranged attacks on you. With this will start phase 2 of the fight.

One of his ranged attacks is performing a fire laser blast from the orb going towards your standing location.

Because it is quite slow, you can follow the direction of the blast and run away from it in order to avoid this attack.

With the other attack, he will create a circle around him that releases waves outside of its circle, and his orb will start shooting fire balls in the air that is going to land around his circle area.

While he is shooting these fireballs, you can still perform melee attacks to him and easy drop his health and defeat him. 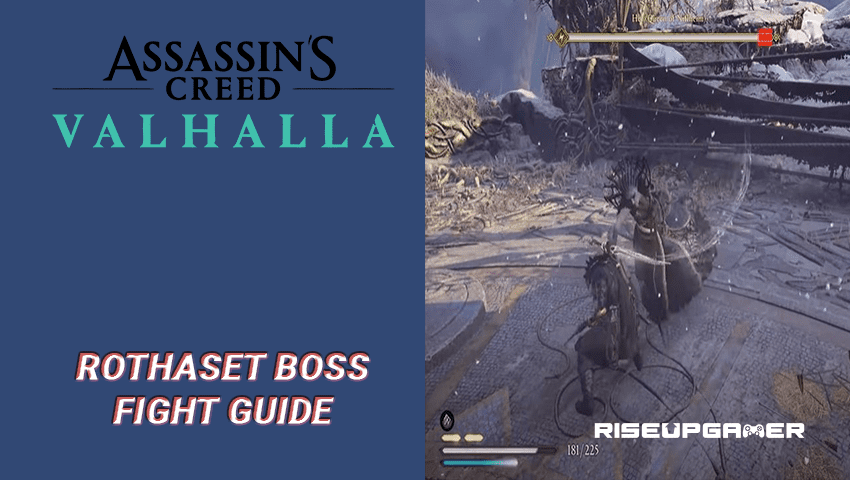