The Cold Embers Light Beam Puzzle can be confusing! 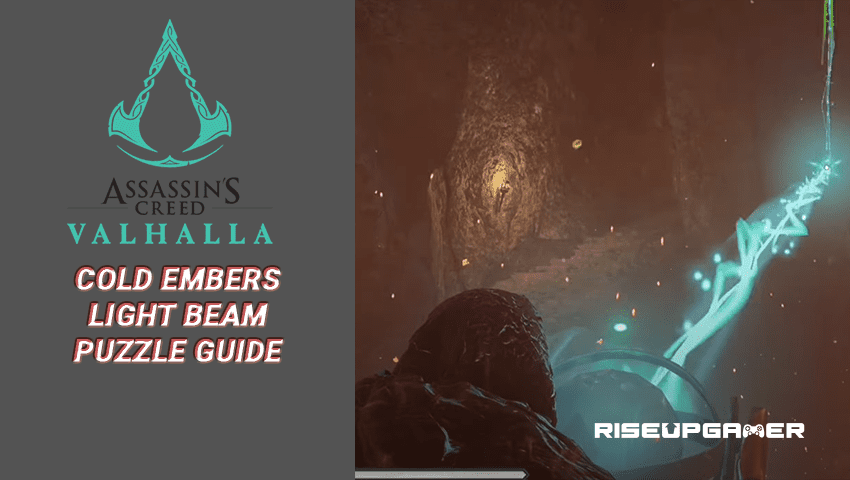 There are a lot of puzzles around the maps of Valhalla. The Cold Embers Light Beam Puzzle is one of them. While playing the game, you will receive a quest called “Cold Embers”. You are needed here to open a closed door by shooting a light beam towards it. It is an interesting puzzle that many people need help solving.

This guide will help you solve the Cold Embers Light Beam Puzzle in Assassin’s Creed Valhalla.

The quest takes place on the east side of Svaladal. The quest icon will be marked on the map.

Once you reach this area, you will need to enter the Sol-ok-Mani Vault. It is a ruin from where your quest will begin once you jump down into the water. Simply walk forward until you reach the end of the line and jump in the water.

Once you have entered the cave, go east until you climb some stairs. In a smaller area, you will see two pillars that shoot beams. One of the pillars is placed in lava.

From this location, you will be needed to Meditate for the pillars to switch places with shooting beams.

Once it’s nighttime and the beams have switched places, shoot the first beam that is in lava towards the wall that is shining blue. That will reflect the beam and shoot it at a different angle.

Your next step will be to walk towards the pillar that the beam is being shot at. You will be needed to shoot the mechanism with a bot in order to change the angle of the beam shooting. Once shooting the beam towards the southern side, the beam will be shot towards a door that gets opened.

Enter the area where the giant door was opened and walk inside where you will find a Book of Knowledge.

Once the Book of Knowledge is collected, walk back to the two pillars that shoot the beam and meditate again to switch the beam positions for the pillars.

Once you have finished meditating, and the beam has switched its place, simply grab the first pillar and aim the beam towards the door. Havi will say “Now we’re getting somewhere” which indicates that the puzzle is completed and the other door has been opened.