By Borut Udovic
Full walkthrough of the “Approaching the Enemy” quest in Aragami 2. 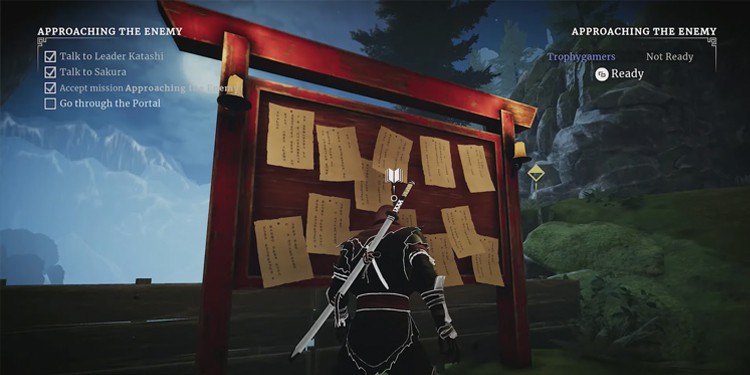 Aragami 2 has had a rating of mostly positive on Steam, and it is apparent that it’s winning over the hearts of many stealth-assassin genre fans. The story-line is subpar, but the gameplay, and the missions are tough to say the least. One of them is “Approaching the Enemy” and it has a slightly bigger difficulty compared to other quests. What follow is a full walkthrough of “Approaching the Enemy” and a way to tag the supply boxes.

Basically, players will need to gather as much information about the Kurotsuba clan as possible. You’ll have to scout the area, search for clues, and tag the supply boxes. This is the biggest Kurotsuba settlement in the valley.

Eavesdrop On A Conversation

This is the first objective, and what you’ll need to do is get into the settlement using the platforms on the right side of the entrance. The convo you’ll need to listen to is in the middle, between two enemies.

Get on high ground, as there will be a platform near the two enemies.

The second objective is of course, tagging the supply boxes. The first one is located in the first building on the right of the entrance.

There is a high chance that you’re already there, as this is usually from where you can listen in on the conversation from the last objective. Once inside, just tag the first supply box.

The second one will be located nearly at the end or the back of the settlement, on the right side of the house which is slightly more elevated than others. A tail-tell is that the house will have some stairs to get to it (on the outside).

The supply box is in the garden area on the right-side near some enemies.

TIP: Use your shadow vision to have the boxes illuminate.

The last one is a bit difficult to explain. It’s in a L-shaped house, somewhere in the middle of the settlement. Inside, there are a lot of enemies, so be careful, this is the hardest one to tag.

After that, it is only the matter of escaping which isn’t that difficult, but it does appear that the enemies start to stand at more awkward places. My advice, keep on high-ground.

If you’re having trouble with any of the aforementioned objectives, use the video walkthrough from below. 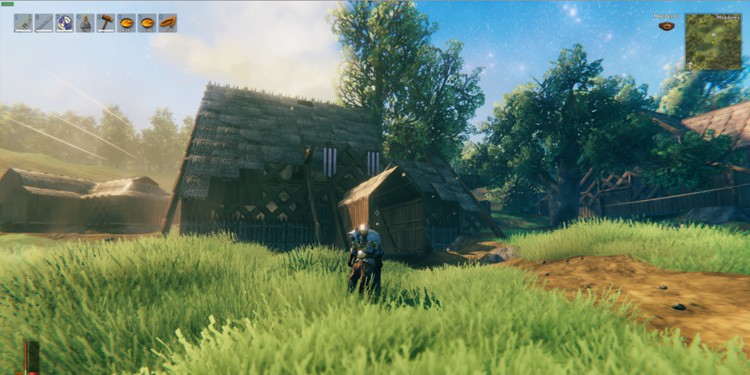 Valheim: How To Get Tar
Read next >
Aragami 2
Popular now
Latest