Let’s find out How To Climb Crystal Arena in Albion Online! 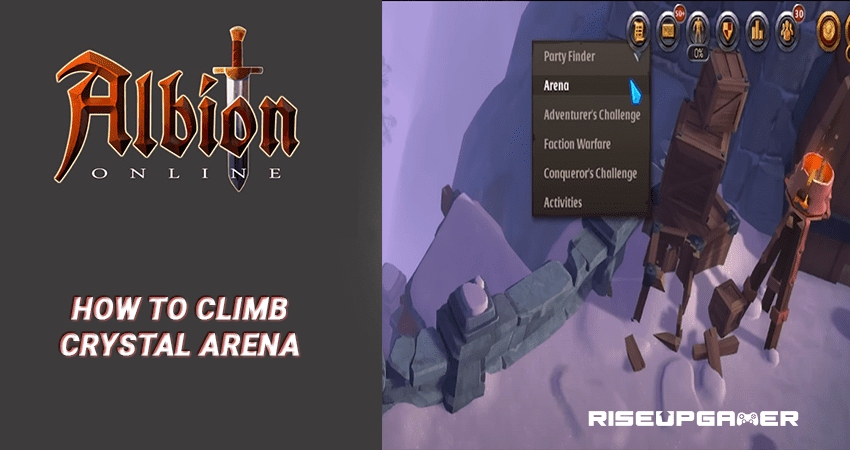 The Crystal Arena is one of the best content in Albion Online. It offers a competitive five vs. five feature in a non-lethal environment with a ranking system and various rewards. Since the item level requirement is on the lower end, it is accessible for any player that wants to climb the ladders on their own, with some friends or even an entire party.

In this guide, we will show you How to Climb Crystal Arena in Albion Online.

How to Join Crystal Arena

In order to join a Crystal Arena match, you have to click on the “Activities” icon at the top right and select “Arena” from the dropdown menu. The new window will pop up and you will find the Crystal Arena as one of the modes that you are looking for.

If you click on it, the sign-up window will pop up, where you can queue either as a fighter or a healer.

The fighter role includes everything that is not a healer. If you wish to play as a tank or support you also fall under the fighter role.

It is very important that if you select healer as your role when queuing up, that you actually play a healer that can sustain an entire party. Without proper heals in this content, your part is simply set up for failure.

This is the minimum item power level that you have to meet in order to participate in the crystal arena.

Normally, the cap is only 900 for the arena and making the crystal arena accessible for anyone that has an interest in it. For everything beyond 900, there is a 20% effectiveness in item power.

Another thing you will benefit from within the Crystal Arena is bringing item swaps. Aside from the gear that you have equipped, you can take anything you want with you in your inventory.

If you have a Holy set in your inventory, you can swap to it the moment you get a chance to do, which will be either right after you die or when you’re out of combat. The same goes for all of the roles as well.

Whether you’re a healer, tank, support or damage dealer, if you bring item swaps with you, then you can increase your odds of winning by countering your enemies or ensuring you don’t get hard countered by them.

Having a premade team of 5 players makes for better communications especially if you use voice comms such as Discord. You also have a team comp with builds to your liking, and over time you will also build synergy as you play together and get used to each other’s playstyles.

If you can’t get a full party for the Crystal Arena, you can also queue up with two or one friends, or even on your own. No matter how many players you decide to queue up with, you will always get merged into a full team of five then the match starts.

The Best Mount for Crystal Arena

If you want to climb in this game mode, you have to bring a fast mount. Some mounts are even banned within the arena, and some of them don’t have a place in it as they are very slow such as Oxen.

The only mount that you will need is a regular one that is very fast, which makes the Greywolf the best option. Players are using this mount not only because it’s affordable and very fast, but also at the same time you can mount it very quickly.

Matches in the Crystal Arena are non-lethal, which means that players won’t lose any of the gear that they have equipped or with them in the inventory.

The Crystal Arena seasons begin with each Guild Season and continue through the off-season. All players start at “Iron 1” rank with zero Rank Points when a new seasons starts and as you play matches and win, you gain Rank points, and when you lose a match some of the points will be lost.

When a match takes place, each team starts with 150 points. In order to win you have to reduce the opponent’s total points to zero. To do that, there are two different ways. The first way is to capture and hold the Runestones within the Crystal Arena. There is a total of three Runestones and based on how many more of these you hold when each minute ticks, you make your opponents lose more points.

Additionally, capturing a Runestone will reduce their point by one, and every time your party kills one of the opponents, they lose another six points.

Aside from the Rank Points that you gain for every win which will make you climb the ladders even further, you also get Silver, Fame, Sigils and Crystal League Tokens for winning. If you are one of the losing participants, you will still receive smaller consolation prizes. 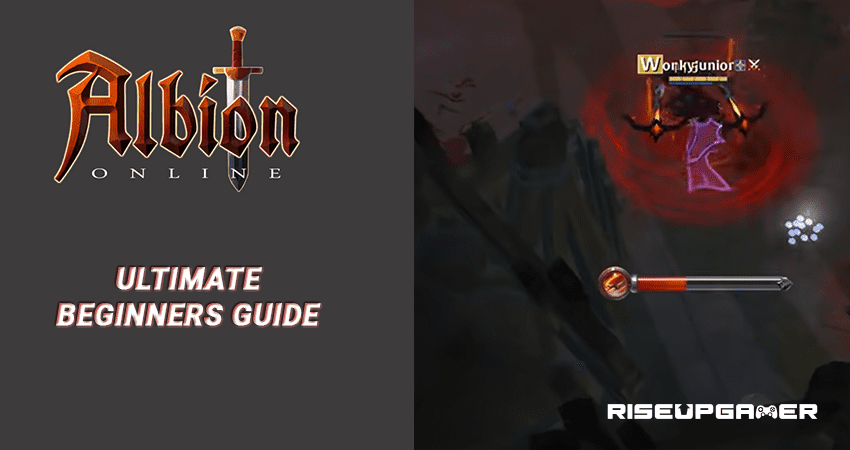 Fix Madden 23 Won’t Run Or Open
Borut Udovic
Way of The Hunter How To Get Ammo
Borut Udovic
Splatoon 3: How To Change Your Slopsuit Work Suit In Salmon Run
Borut Udovic
Dark And Darker: How To Eliminate Ghost King
Zlatev
Does Dread Hunger Have Single Player?
Borut Udovic
Latest