By Borut Udovic
It’s time to pick the best class both for PVP and PVE in Albion Online. 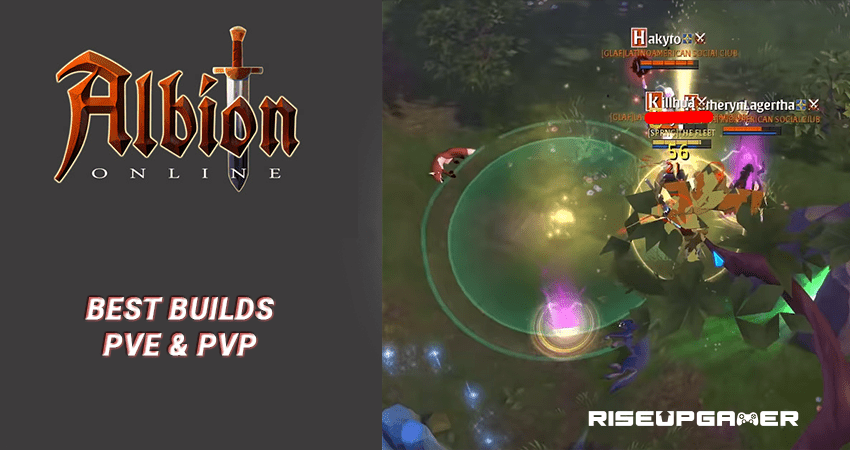 Albion Online is a game where the nature of your character depends more on the equipment you use than on its class. There are a lot of Albion Online builds that depend only on the imagination of the players. The biggest fun comes with the PVE and PVP, and if you want to be better than anyone, you might better have the right build, and before you choose some equipment, we already prepared the best builds for you.

In this guide, we will show you the Best PVE & PVP Builds in Albion Online!

In Albion Online we tend to say one-shotting when you beat someone in just one rotation, and that’s exactly what this build does. This build I very easy to play and straightforward in its approach. You basically use all your offensive abilities to get someone low enough and then execute them with your E ability.

Aside from having a lot of damage on this Bloodletter build, you also have a lot of mobility on it, which makes this build a top-tier pick for the open world.

On the Bloodletter, you will want to take Deadly Swipe on your Q for mobility and damage, Chains Slash on your W for the mobility, the damage, and the utility it makes for which are invisibility and immunity. For the passive, you need to take Deep Cuts for an extra bleed that will add even more damage to this build.

The E ability on this weapon in Lunging Stabs, which is used when a target is below 40% health as it adds a lot of bonus damage to this ability. With this hit, you will also get a huge cooldown buff which adds a lot of utility to this build.

Even if you don’t manage to execute someone that’s below 40% health with Lunging Stabs, the cooldown reset on it should be enough to secure your kill with your other abilities.

The One-Handed Spear is simply great for Solo PvP in the open world as it is a very versatile weapon with a lot of utility, mobility and even range. The great thing about this weapon is that you can play it with many different builds and change up your playstyle very easily by swapping the individual pieces.

This way you can tune the build towards a more defensive, utility, or damage oriented build, by swapping one or two items instead of having to change to another weapon altogether.

This weapon’s playstyle is the complete opposite of the Bloodletter build. The spear has a more sustained approach to its battles. You don’t have abilities with a lot of damage on this weapon, and if you want to make this weapon about damage, you will have to do the same to the rest of your build.

With this build, you will want to take a Lunging Strike on your Q which you will use to poke your enemies and build up charges. The charges will increase your auto-attack damage making for big numbers.

You can also use the Thetford Cape with this build as well your auto attacks play a huge role in the amount of damage you do with this build, and the attack speed passive is a nice choice that will help in this case.

The Torch Offhand makes for even more attack speed and cooldown reduction which are two great perks for this weapon and build.

For your W, it fully depends on the match-up, but whenever playing in the open world, you should take Impaler as your default. It has a range on it, does a good chunk of damage and slows anyone hit by it. Impaler can be used to slow your enemies down as you are chasing them, or as they are chasing you.

The E ability is mostly for utility and it’s what makes the One-Handed Spear such a great pick for the open world. You have three charges up when using your E offensively, and you will get the maximum value out of this ability

The same goes for the soldier Boots which you can use to escape or chase someone down. Other than that you can use the Assassin Jacket for invisibility which can be used to shake off enemies as you are escaping or buy some time during a battle where you wait for your cooldowns or wait for your enemies’ buffs to run out.

The final build is the most fun PvP build to play, and it is actually mechanically challenging. The Deathgivers build is for a very smooth playstyle. As long as the conditions are met, you can reset your E on this weapon and use it back to back.

Aside from dealing a good chunk of damage with your E, you also become invisible for a short duration. There is a lot of utility to this weapon that will confuse most of your enemies. For this condition, you will have to take Assassin Spirit on your Q which will build the charges up over time.

On your W you have to take Chain Slash for the damage and utility, and on the passive take the Deep Cuts for additional damage.

You have the Hellion Shoes which will turn you invisible and teleport you to your target whilst granting you a big damage buff.

The cool thing about this build is that since you have a lot of damage, you can even tag yourself onto mounts and teleport to them and dismount other players very quickly. And since your E will reset, you will still have your E after dismounting someone. 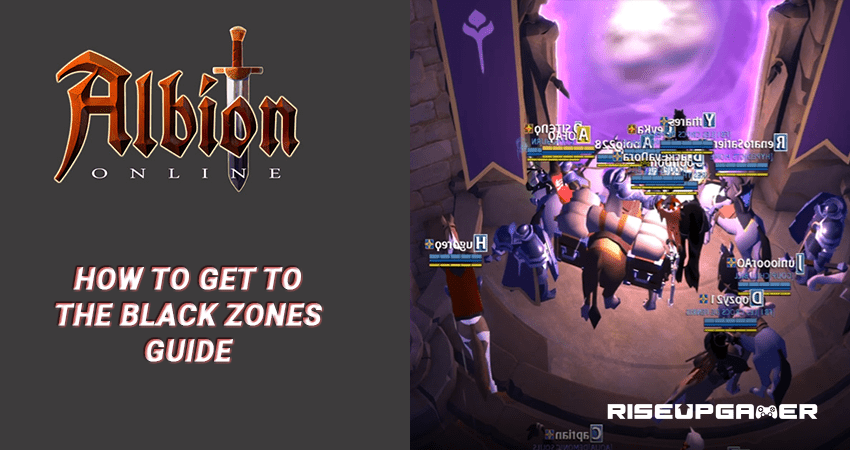 Albion Online: How to get to the Black Zones Guide
Read next >
Albion Online
Popular now
Latest