Click here to find out the best Mage class build in the game! 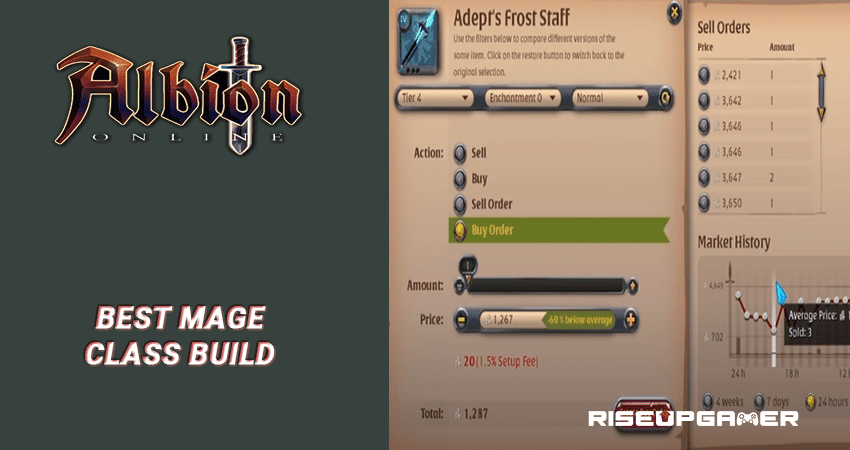 Albion Online is a free medieval fantasy MMORPG game where players can grow their wealth, forge alliances and explore the world to engage in intense PvP combat. This guide will tell you about the best Mage Class and Build in the game.

When you think of Mages in Albion online, things like Fire, Frost and Cursed will come to your mind and each of them has seven different weapons. If you consider Arcane weapons as dark magic then you are easily looking at over 20 options to choose from which can be quite overwhelming.

The most versatile Mage weapon in Albion Online is One-Handed Frost Staff which was not always the case for this weapon. It got changed at one point and is now viable across many different activities ever since.

Versatility is one of the best things that you can have on a weapon because the more you use a certain weapon, the more advantages you will create for yourself.

First of all, by using a weapon more often, you will level it to higher-level much quicker, because whatever fame you get goes to the gear that you have equipped. This means that the more you use a certain weapon, the quicker you can level it up.

Higher levels make for a lot more item power meaning that a specific piece of gear becomes that much stronger.

A second advantage is that by levelling a certain weapon, you can also unlock new abilities for that weapon tree. Some of these abilities can be crucial to the role you play, so the sooner you have these abilities unlocked the more options you will have in your gameplay.

As for the third advantage, since there is a ton of different types of content available in the game

and you might jump from one activity to another, you will be able to use this weapon in each one of them

about to do, the One-Handed Frost Staff is really versatile and works across many activities.

This is one of the few Mage weapons that offer such flexibility that you can use it in any type of build or activity without worrying much. Another great thing about it is that the weapon is really cheap and does not require any special materials to craft because it is a regular weapon.

Since it is a frost weapon, you won’t need to swap the armour pieces based on the type of activity you are doing and whether you are playing solo or with friends. Most frost weapons offer a go-to build that works across all sorts of activities and modes.

Just like your weapon, the more you use a certain armour piece, the more you will level it up as well. This means that your armor will also level up quickly as your One-Handed Frost Staff making it really good for specialization across the board.

The One-Handed Frost Staff is powerful mainly because of 3 things: AoE Damage, Crowd Control and Mobility. The AoE damage which is your third Q ability called the Ice Shard will be the primary damage dealer that you will be spamming most when using Frost weapons. Although the other abilities in this build will also cause damage, this is the main damage dealer.

Do note that you will need level 70 mastery to unlock this ability which might take you a few days since earning fame is now much easier. Until you reach level 70 in Frost Mage, use your other Q abilities as a substitute. The best alternative is the second Q ability because it offers AoE damage just like the third Q ability.

The second strength of this weapon is crowd control which offers two abilities: W and E. The E makes the One-Handed Staff better than any other Mage weapon because it has the ultimate ability that is unique to this specific weapon called the Freezing Wind.

This ability is a large AoE that deals damage to all targets hit and freezes the enemies inside it. The effect first slows down your enemies and eventually roots them in place. It has a very low cooldown period of only 15 seconds making it great to keep enemies at bay in any type of activity.

Your second crowd control ability is the W called Frost Nova which also offers you mobility. When you use this ability, you will teleport to your targeted position while stunning everyone around your starting position and dealing damage to them making it really powerful.

The second mobility option is the Blink on the boots which offers two teleportations for a period of 20 seconds cooldown. It also has a relatively low cooldown period which is a great bonus

The following is the go-to build for the One-Handed Frost Staff as well as any other Frosted Weapon:

You have the Royal Cowl, Scholar, and Cleric Sandals for armour pieces

Morgana Cape as the cape while Resistance Portion and Pork Omellete as consumables.

Since the One-Handed Frost Staff can be wielded off-hand, you can also take the Tome of Spells for faster casting. This is because your Q which is the primary damage dealer does have a cast time to it which means that the faster you cast it, the more successful you will be and the more damage you will deal.

Because spamming an ability will cost you a lot of energy, your build covers that through both your armour and helmet. This build will basically support the needs of the One-Handed Frost Staff.

You have two abilities to help you sustain your energy and four sources that help you in casting faster. As far as your passives are concerned, you need to go with the third one on your weapon since it will help you cast even faster.

Multiple options are available for your armor and you can select the one that best suits your preferences. You can go cast speed on all three, damage on all three or do a mix of both cast and damage.

This build might not be affordable for you if you are new to the game and swapping a few things can make it cheaper. You can swap the Royal Cowl for the Scholar Cowl which is a more budget-friendly version that can help you sustain your energy.

Choosing a regular cape instead of a Morgana Cape will also help you reduce the cost.

Swapping out these two items alone, you will still have a very effective yet cheap Frost Mage build in the game.

If you are a beginner and wish to level up this weapon then you can do it with a budget build in the more risk-prone areas of the game until you have the cash rolling in.

There are some things that you will need to take into account while playing this build and one of them is positioning. This build is low on health as it uses cloth armour and in PvP mode, enemies will seek you as an easy target. Since the only defence you have is the Resistance Potion and if you drink it, you will be defenceless for a long period of 2 minutes.

Therefore it is necessary that you position yourself tactically which should be your main priority and defence while playing this build.

While you do have great mobility with this build because of the two blinks and one of them can even stun all enemies in your proximity. However because you have low health and no defences, it is important that you use these two blinks wisely. You will need to consider using your mobility defensively if people decide to target you.

This is a great build overall due to the versatility of the One-Handed Frost Staff and the great AoE damage, crowd control and mobility it offers for any kind of activity. 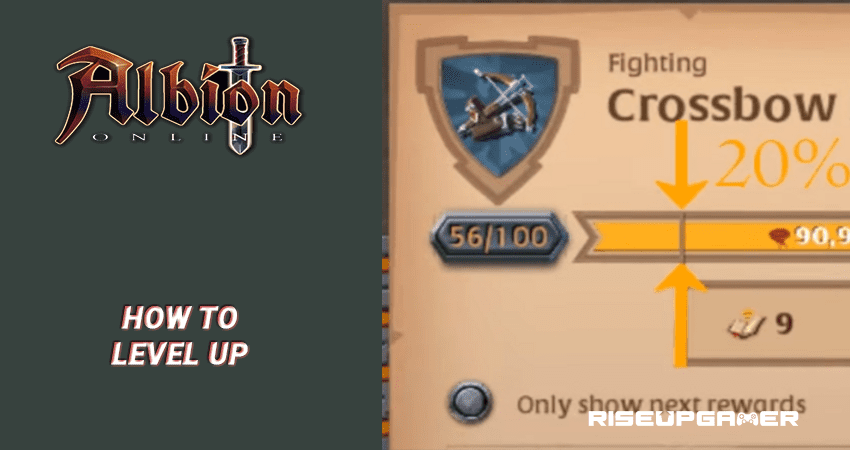