Here you can find all the differences between AOE 2 vs AOE 4! 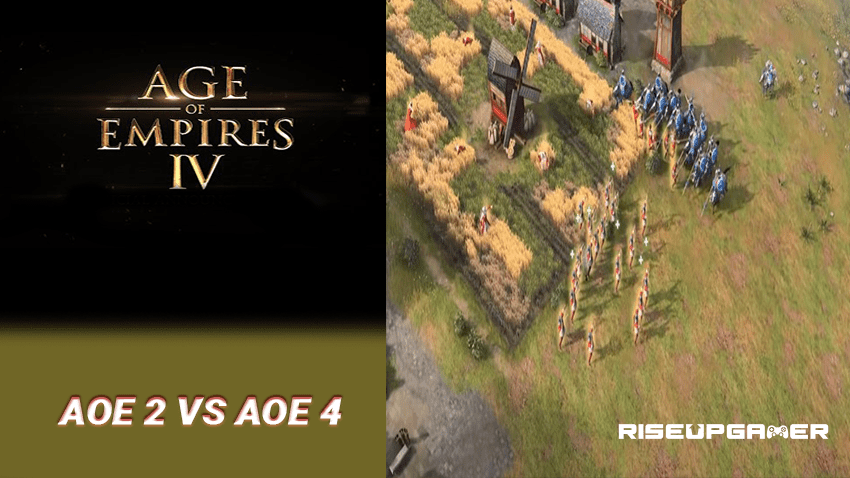 Age of Empires 2 is one of the most popular RTS game on the market, and also in the whole series of Age of Empires. On the other side, Microsoft decided to set Age of Empires 4 in the same time period and act as a spiritual successor to Age of Empires 2. Keep reading to find the differences between these two games.

This guide will show you what are the differences between AOE 2 vs AOE 4.

To compare these two games although they are different in a lot of ways. In this article below, you will find the top 5 differences between AOE 2 and AOE 4.

Hill bonus in Age of Empires 2 gives 25% more damage if you are attacking downhill and if you are receiving damage and you are at the top of the hill, then you receive 25% less damage.

This means that you are getting two-way buff from being at the top of the hill and this applies to most buildings and units.

In Age of Empires 4, however there is no such thing as a hill bonus that affects combat.

Everyone takes the same damage whether at the bottom of the hill, top of the hill.

This might seem like AOE 4 is going to get stale very quickly because it doesn’t have enough civilizations. However, it must be noted that these civilizations in AOE 4 are drastically different from one another.

Knowing how to play one civilization will not mean anything if you pick up another civilization. For example, the Mongols are completely different from the French.

A lot of sieves play out very similarly and the differences are just in the bonuses that they get and in the tech tree, but not in just how the game is played in general.

AOE 2 in recent years did get a couple of unit abilities that have a charge attack that does more damage if it’s off cooldown, and somehow the attack ground for the Mangonel is kind of like a unit ability.

However, in AOE 4 they kind of elevated this topic and they gave unit abilities to all kinds of units.

The charge attack for the knights and the royal cavalry, the ability for the longbow to set up spikes, the spearmint ability to stop the charge, etc.

There are abilities for a lot of the units and it is one of the main micro elements of the game and it is definitely something that they will push more and more.

Basically, in AOE 4 it looks like it is a 3D game in the sense that the graphics are 3D and the perspective you have is slightly different than in AOE 2.

In AOE 2 it is 2D and it looks completely different perspective than AOE 4. 2D is a little bit smoother from a gameplay perspective and a little easier on the eyes despite it being an older style RTS game.

This is by far the biggest change between the two games. Just because of how prominent micro is in AOE 2 compared to how inexistent it is in AOE 4 when it comes to dodging projectiles.

In AOE 2, dodging projectiles is something that you must know how to do, even in an intermediate player or a beginner player, have to learn how to dodge projectiles. This is the way to win fights when you have equal numbers.

It is the way to get good trades in the early game and even when your opponents get ballistics, they will hit your moving targets and you can’t just sidestep.

In AOE 4 this dodging is not possible. Getting away from the projectiles is like homing, no matter what you move. If you run three screens away the arrow will follow and hit you no matter what every single time. 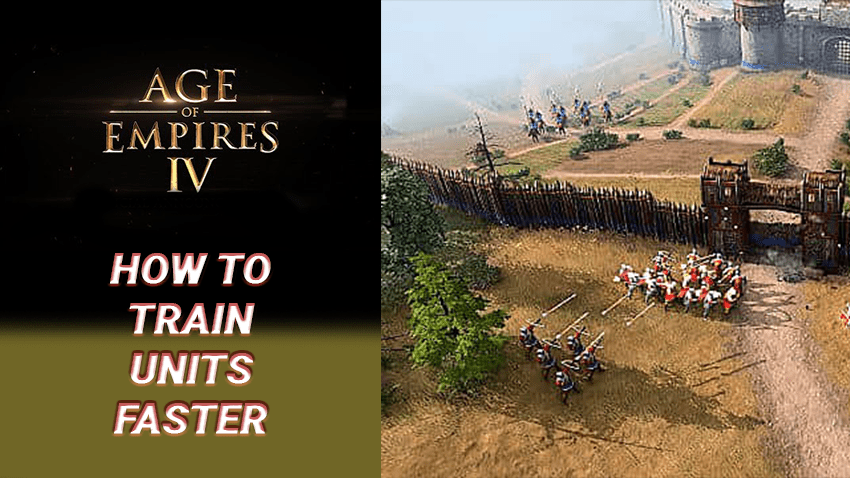